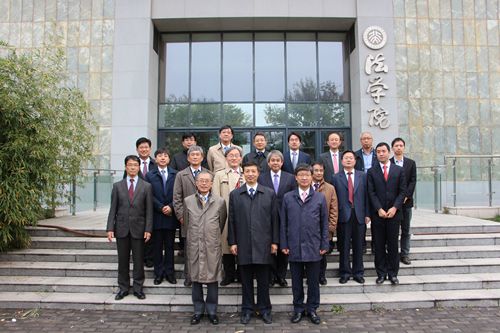 The theme of the meeting is "China Civil Code Compilation and Code Reprogramming: Status and Trends". Professor Won-Woo Lee from Law School of Seoul National University, professor Yoichi Nishikawa, president of Graduate School of Law and Politics in Japan Tokyo University and professor Zhang Shouwen, president of Law School of Peking University attended the meeting. Dozens of experts and scholars from South Korea, Japan and China participated in the meeting, scholars from different angles of view of their respective areas of the hot issues of a heated discussion.

At 9:00 am, the opening ceremony of the 9th BESETO Conference started.

The opening ceremony was presided over by Professor Xue Jun from Law School of Peking University. First of all, president Zhang Shouwen express cordial greetings and warm welcome. Zhang stressed that the rule of law in the context of the rule of law, as the basic law of civil code is particularly important, the work of the compilation of different fields and scholars to study, the civil code of the two countries in the compilation and revision have accumulated valuable experience in China has important significance. He also pointed out that the BESETO meeting has been held for nine years, for the three law school academic exchanges between the two made an important contribution. Each of the three parties is the top law school of their respective countries, the development of the national law to shoulder important mission, in the personnel training and college construction can learn from each other. Finally, he wished the participants in Beijing to enjoy the trip, I wish the conference a complete success. 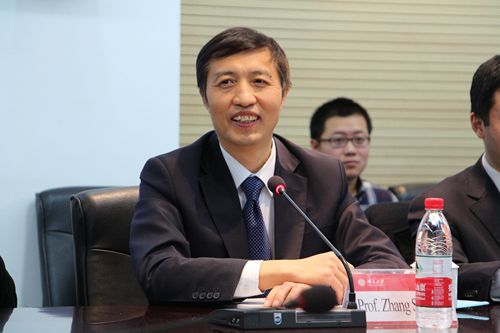 Subsequently, Lee Won-Woo, Dean of Seoul National University law school, professor. He expressed heartfelt thanks to the Peking University law school for the careful arrangement of the conference and the enthusiasm of the participants, and from twentieth Century to the Asian countries to accept the western judicial system and the continental law system, and pointed out that the civil code of the three countries to supplement the legal system, the realization of the legal localization and promote the development of Asia has important significance. 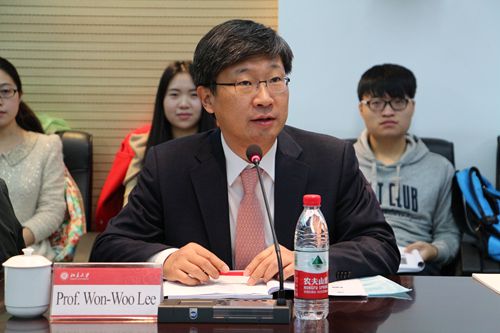 After that, Professor Nishikawa Yoichi, Dean of the Graduate School of political science and law. He also thanked the Peking University for the warm reception, and briefly describes the interaction between civil law and modern civil law, pointing out that the current civil code and the civil code of civil law to establish some of the difficulties, and expect the participants can have a wonderful answer to this. 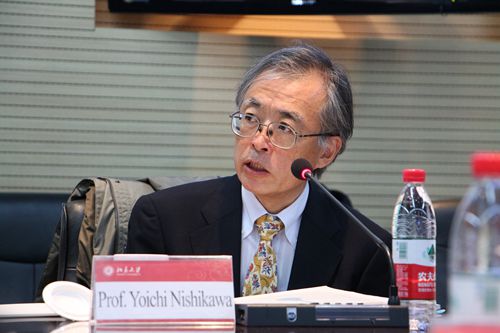 At 9:30, the opening ceremony, the meeting entered the first session.

Tokyo, Japan Thammasat University Research Professor, Faculty of HirotoDogauchi were entitled "no action, but in the dance ', Japanese civil code (debt) revision history" report. Report is cut from the point of view of the correction procedure of Japanese debt law, Proceedings of Japanese civil codification and modification are discussed. Professor pointed out that China, Japan and South Korea for the specific content of the codification of civil law reform have in-depth discussions, but the compilation and revision process has received little attention, in the case of Japan, the universal understanding of the actual process of correction of the civil law and people exist great bias. Subsequently, Professor DogauchiHiroto explained the importance, background, history, working mechanism and so on. He stressed that with the large number of civil law department law, civil code compilation has become inevitable, but in fact, the legal scholars and lawyers in the codification of the right to discourse has been greatly weakened, to some extent, the law has become a political transaction. For example, although the legal scholars in the Legal Advisory Committee of the number of large, but scholars have different views, it is difficult to form a joint force. In the end, the professor said that the report would be useful for other countries. In the process of asking questions, Professor DogauchiHiroto has answered the question of the balance of the selection of the staff of the Advisory Committee, the road map of the revision of the civil law. 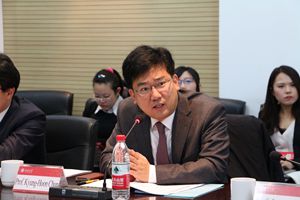 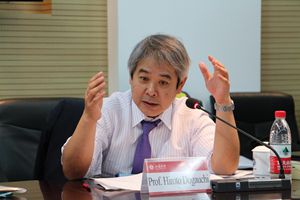 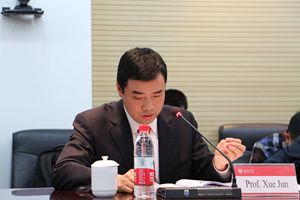 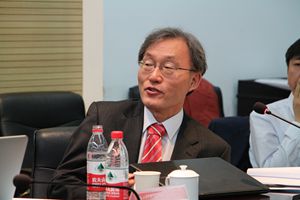 Subsequently, Professor Kwon Youngjoon to share with the South Korea's recent civil code amendment. He pointed out that South Korea's long-term existence of the rule of law tradition, the modern civil law system is influenced by Western ideas, from Japan, the civil code of the Codification Committee to make a lot of efforts to make civil code suitable for their own national conditions. After that, the professor specifically described the civil code of the individual rights, legal persons, legal acts, ownership and mortgage, and other elements, and stressed that the amendment of each significant change has a clear purpose. He expressed the hope that the civil code has become the basic law in the field of private law. In the discussion question and answer session, Liu Kaixiang, Ge Yunsong, Lee Won-Woo and so on many professors on the civil code compilation necessity as well as the concrete civil case in the responsibility confirmation question to carry on the discussion. 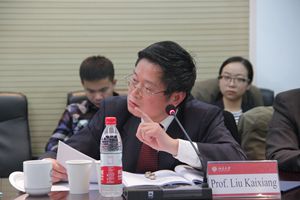 Professor Karatsu Keiichi reports on the subject of "the influence of the Japanese Civil Code" on the commercial activities of the civil code. He believed that the civil code should be consistent with the large number of laws and regulations in recent years. It was pointed out that the interests of merchants were not interested in civil code. Then he introduced the standard terms of ST and the interests of the intermediate people's inference, and stressed the standardization of the terms of the binding, restrictive, iconic and possible great burden to the commercial. He also focused on the comparison of the security rules in the past and the present, and the expression of the civil law "industry" in the hope that the formation of a resonance. In the following discussions, many professors, such as Xue Jun, Liu Kaixiang and Karatsu Keiichi, exchange views on the complex risk burden of civil law, and the students of Peking University law school also participated in the discussion. 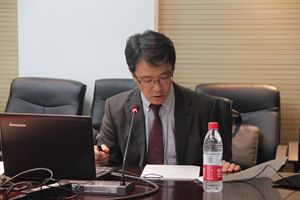 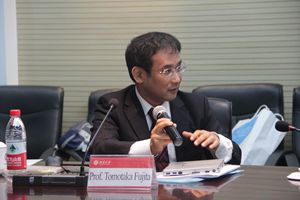 First of all, University of Tokyo Graduate School of law and politics by host JinGuangxu Professor, expression of the presence of the professors welcome. Subsequently, Tokyo University of politics and law graduate school HyoungSeok Kim, Professor of the Korean adults guardianship law revised after the implementation of the "two years report. The professor explained the relevant experience of the adult guardianship law, and pointed out the five major defects of the old system, and in July 1, 2013 passed the draft as an example of the old system. After that, Professor Seok Kim Hyoung introduced the four protection methods for adults with mental fragility. At the same time, the professor has also predicted the situation after the reform, the new law is worth worrying about the trend and encouraging signs. In his view, the trend of hasty legislation and the idea of the old law is still the dominant position is the most prominent problem in the current law. Finally, Professor Seok Kim Hyoung says more questions and answers are to be found in the experience of China and Japan. In the free debate, Seok Kim Hyoung, professor once again stressed the important changes in the content of the reform, and with the Peking University law school professor Liu Kaixiang, who launched a heated discussion. 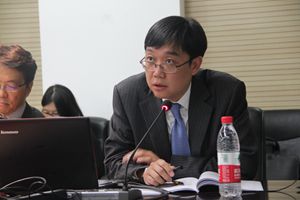 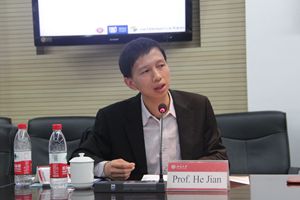 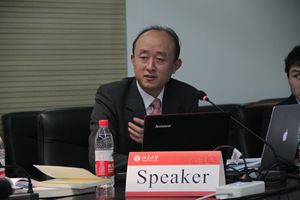 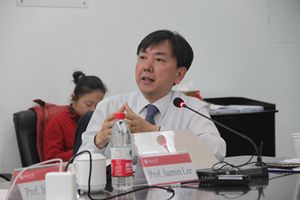 In the afternoon 4:40, the closing ceremony of the meeting room in the 303 conference room.

First, Professor Xue Jun. He summed up the discussion of the topic, and stressed that the experience of Japan and South Korea has important significance for the improvement of China's civil code system. At the same time he expressed the desire to continue to meet next year, and the active participation of the participating scholars expressed heartfelt thanks.

Subsequently, Professor Kim Jong-bo. He stressed that the depth of academic exchange exchange of both the valuable opinions among countries, and potentially closer to the distance between China, South Korea and Japan, he said very honored to attend this conference, and hoped that next year can in Seoul and present scholars farewell. 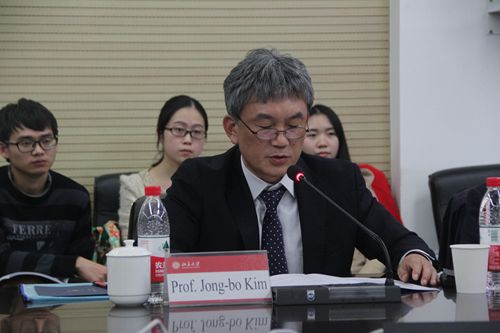 Finally, Professor DogauchiHiroto. He pointed out that Japan has been affected in various aspects and will continue to be affected by the Chinese, the meeting of the civil law of Japan is significant. He also thanked the professors to attend the show.

The current session of the beseto, in-depth analysis of the status and trends of China, South Korea and Japan civil code compilation and code reprogramming, show the importance to the compilation of the civil code of, show the great development of Peking University Law School in recent years, the academic. It provides an excellent platform for the exchange of civil code. It has strengthened the academic exchange between China and South Korea. It also reflects the mind of the law and the courage to play. It has an important role in the development of the rule of law. 2016 tenth BESETO annual meeting will be held in Seoul National University, South Korea, we look forward to the meeting to achieve greater success.