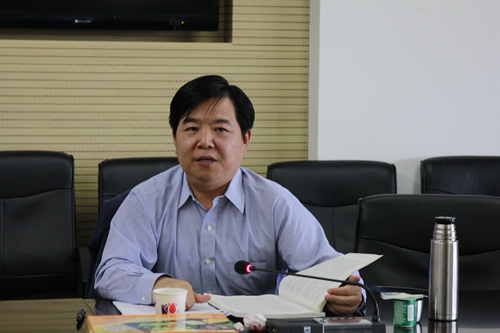 First, Chen Ruihua introduced the development of the judge lifelong accountability system as well as its current condition in China.  Professor Chen then introduced attitudes and concerns of some legal practitioners about the system. At the same time, he cited the relevant system of ancient China, and pointed out the close relationship between the government and the judiciary and analyzes the distinction between the independence of the court and judge.

Subsequently, the participating professor such as Professor He Weifang, Peng Bin, Deng Feng, Che Hao, Liu Yan, Liu Kaixiang and so on had a heated discussion on the issues of inner logic of judicial independence and accountability, the real meaning of correcting misjudged cases, distinction of judges'personal responsibility etc. Professor Chen Ruihua answered all the participants' questions one by one.

Finally, the academic Salon came to a successful conclusion. Problems about judicial responsibility system reform were deeply discussed in the salon, including the importance of social practice, which would be of great significance to the development of temporary judicial system.