At the meeting, Jiang Mingan pointed out that network space needed to be governedby law.The meeting focused on the relationship between the freedom of expression and the government regulation.Fan Mingzhi, deputy director and several experts believed that the network itself does not create a new social relationship, but the network technology bring the legal facts of the difficulties, but also bring challenges to the existing regulatory mechanism.Professor Wang Shizhou and other criminal law experts from two angles of theory and practice, argued the influence of the criminal law amendment to the network crime and the regulation of the freedom of expression.Professor Jiang Mingan also pointed out that the role of the constitution must be emphasized.In addition, the China Internet Association Research Center Secretary General Hu Gang also said that the national network of space sovereignty is the embodiment and extension of national sovereignty in cyberspace.After three hours of intense discussion, the seminar successfully concluded after the completion of the established agenda. 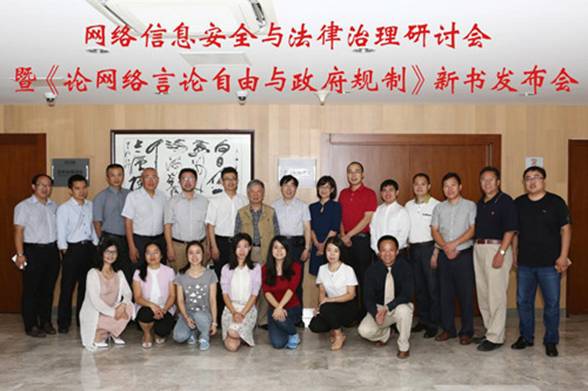