On October 16, 2015, a delegation from Queen Mary University of London (“QMUL”) visited the Peking University Law School (“PKULS”) and the signing ceremony for two joint PKU-QUML law programs agreements was hosted at PKULS. 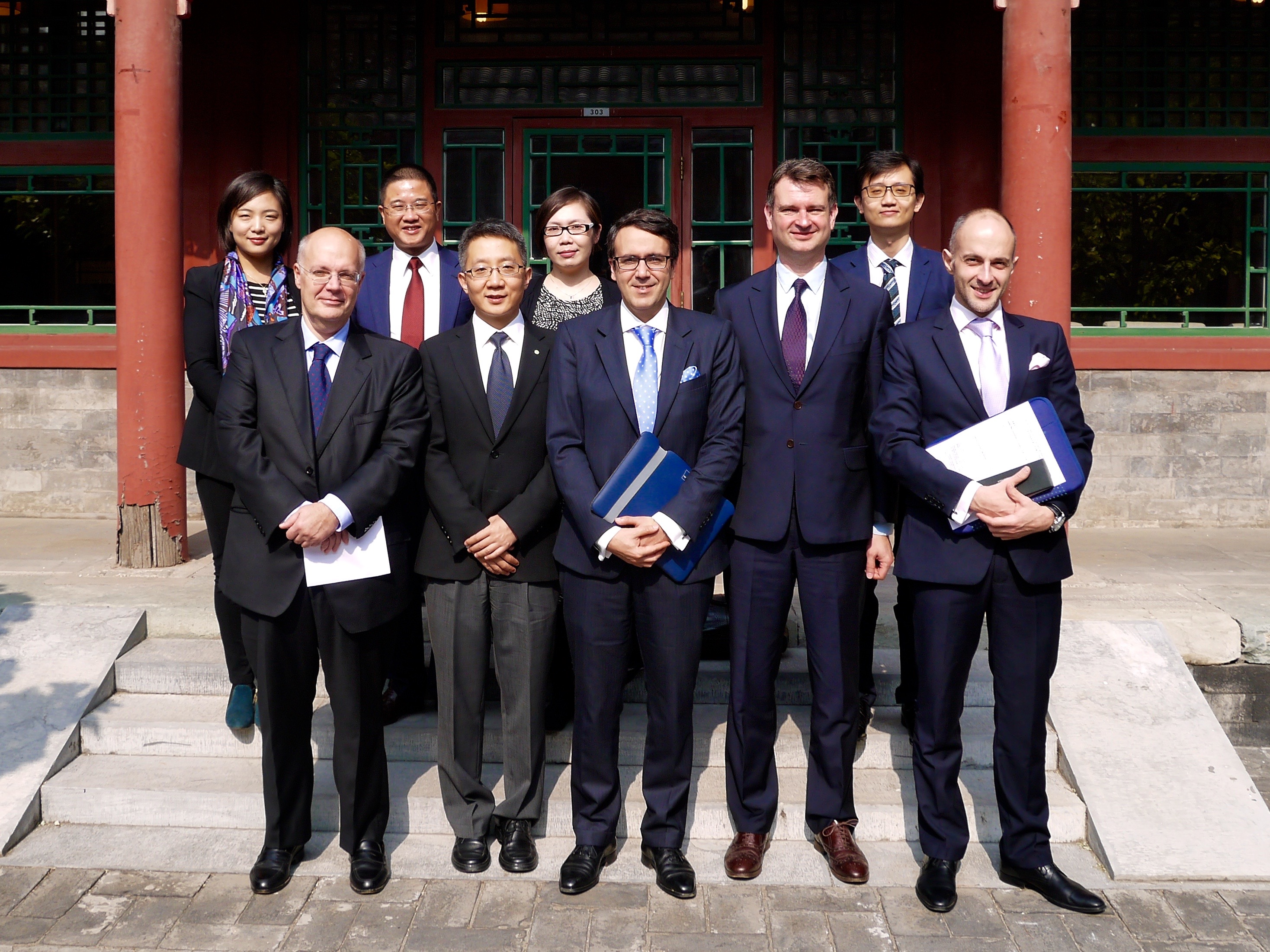 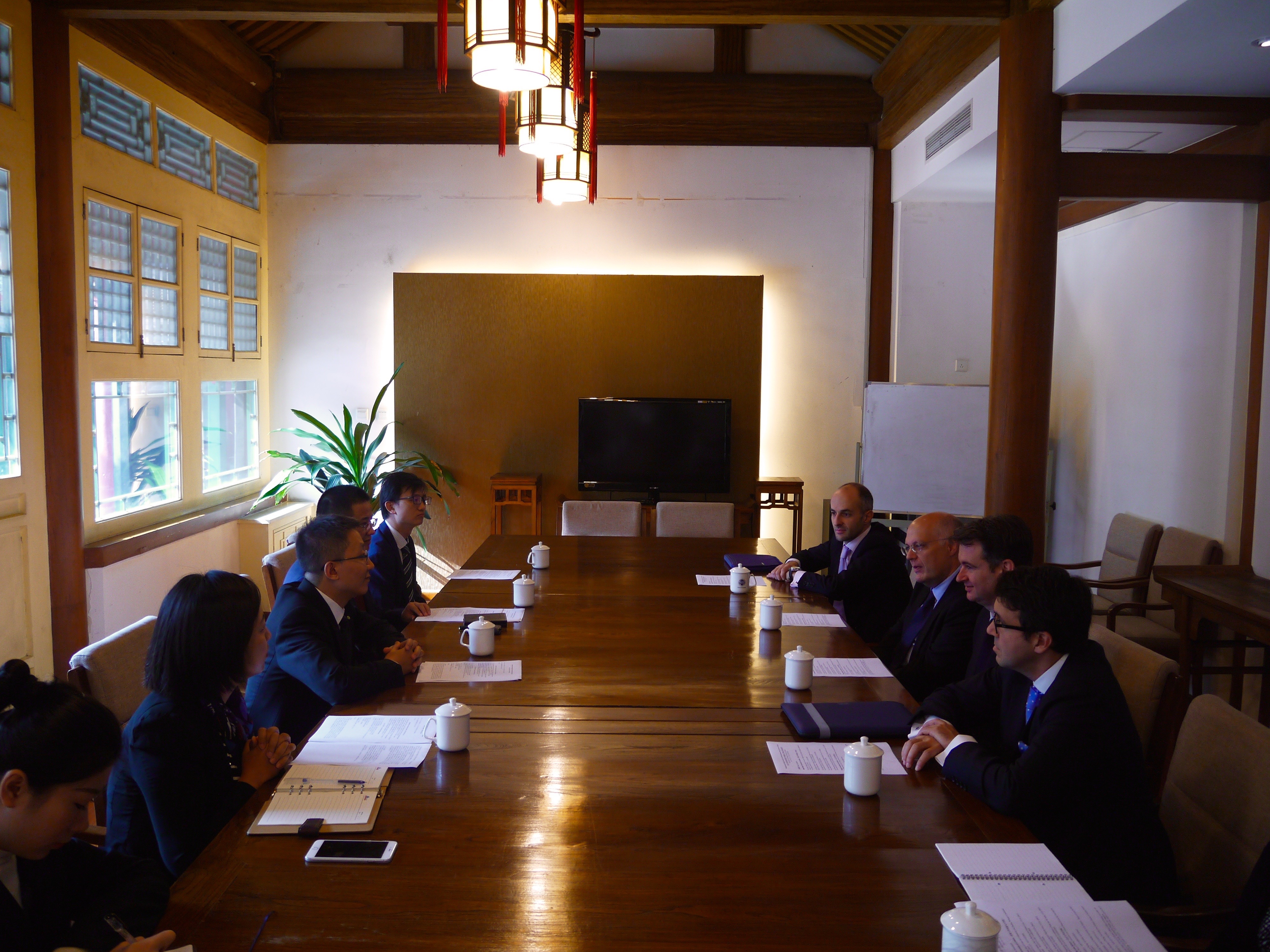 Meeting between the two schools

Vice Dean Guo on behalf of PKULS welcomed the QMUL delegation and thanked them for visiting the School. He said that PKULS has been working hard on internationalizing in recent years, and is always exploring new opportunities for collaboration with different institutions across the globe; while at the same time, numerous conferences and activities on legal related issues are taking place at PKULS with other universities.

Vice Dean Guo also noted that students of QMUL would benefit greatly from the school’s strategic location at central London, the capital of the United Kingdom which houses the UK or European headquarters offices of financial institutions and professional firms. 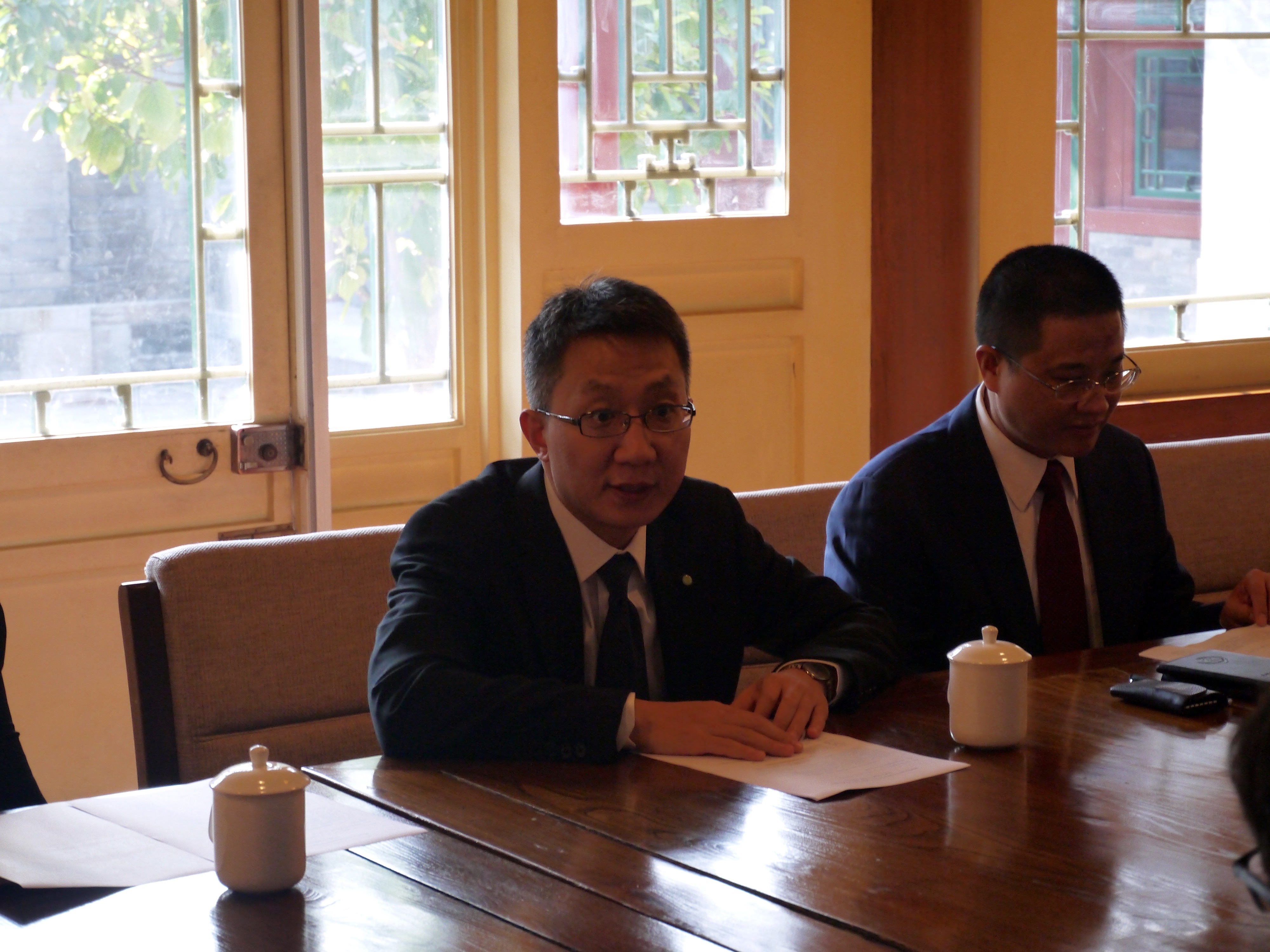 Professor Maniatis thanked PKULS’ warm reception of the QMUL delegation. He pointed out that PKULS is the best law school in China, and QMUL is delighted to work with an institution of such high caliber. He realized that a number of PKULS professors have studied, researched or taught at various UK or European institutions, and that has significant implications for the joint PKU-QUML law programs. 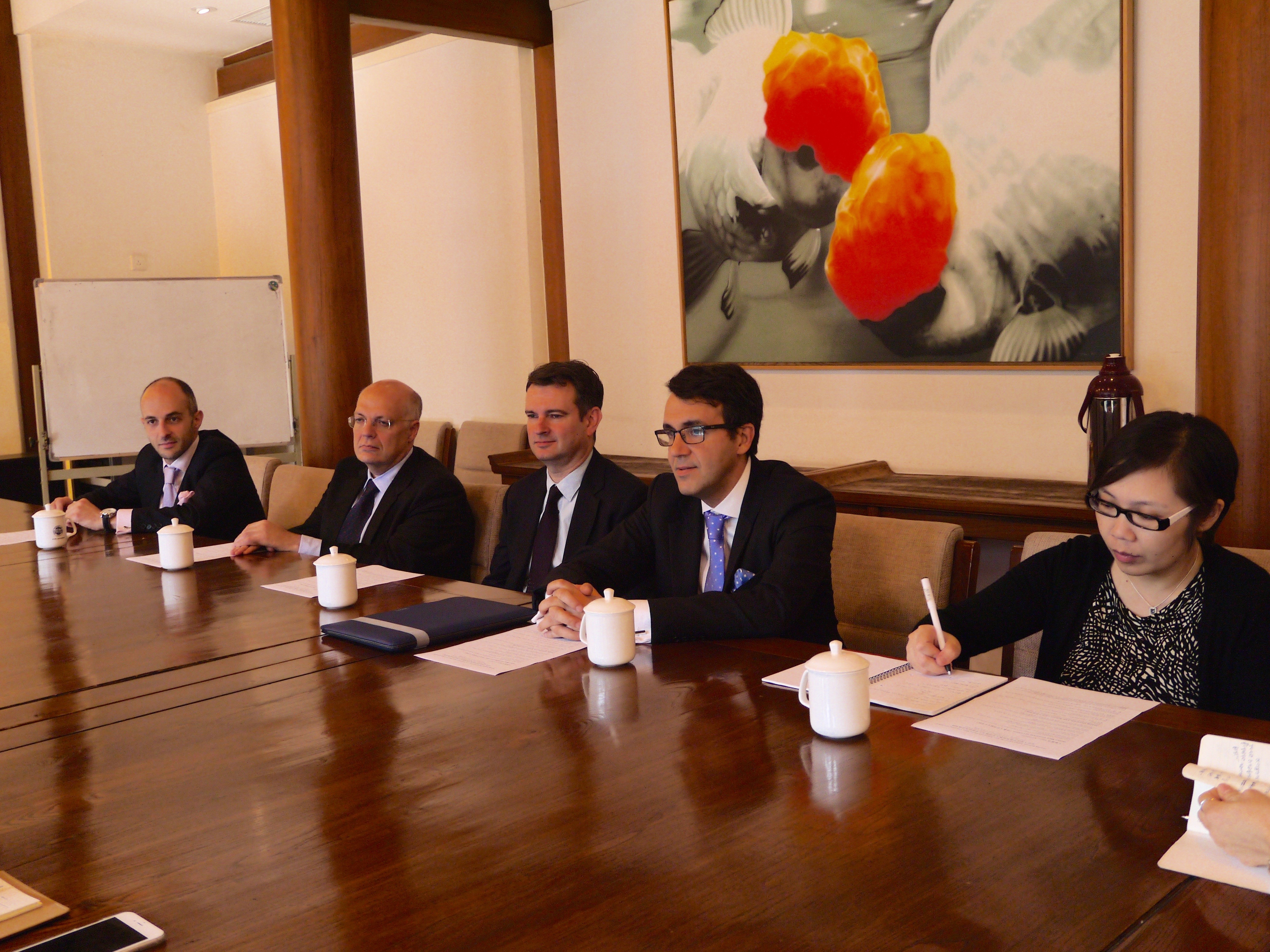 At noon, PKULS Dean Professor Zhang Shouwen met with the QMUL delegation. Dean Zhang noted that today (October 16, 2015) is an important milestone for the PKULS-QMUL relationship as both parties have managed to come to terms after long negotiations and preparation. He hoped that the joint universities law programs could promote the friendship and bring more opportunities for the two schools. He also looked forward to more extensive cooperation between the two schools. 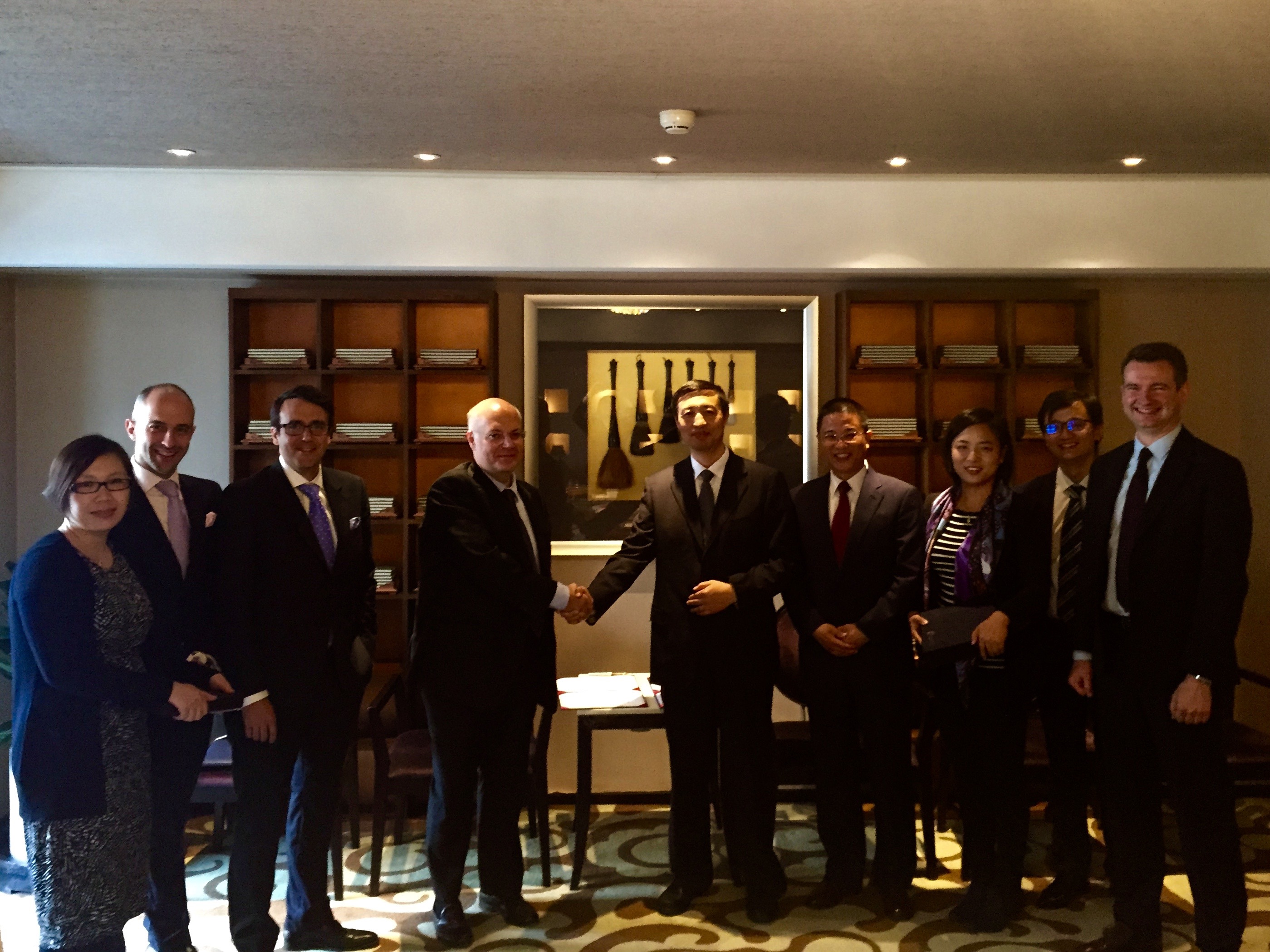