Peking University Law School Succeeded in Jessup Moot Court Competition International Round, after its glorious victory at Chinese Round this February. Among all 127 teams, PKULS team is the only survivor from mainland China to compete with other 31 outstanding teams.

PKULS Team coaches are Dr. Yi Ping, and visiting Professor Joe, and members include Chen Jing, Shen Jie, Gao Wenwa, Yang Ken and Zhang Wanyu, After 2 months' preparation, PKULS team departed for the International Round in D.C in April. PKULS Team competed with teams from Lithuania, Czech, South Africa, Columbia and Russia, and was unfortunately lost to Moscow International Relationship College. During the Competition, PKULS Team not only performed professionally, but were also amicable to teams from all around the world and exchange ideas about laws and culture with each other. 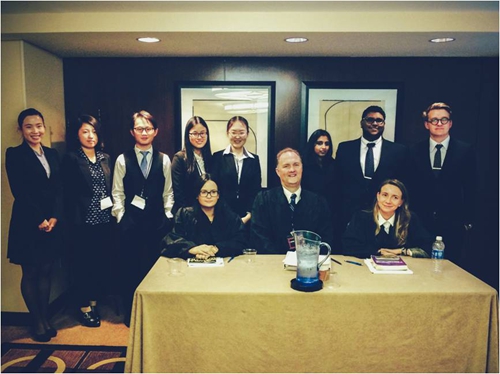