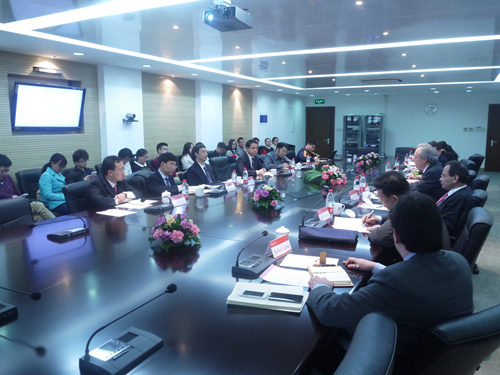 H.E Mr. Ricardo Lewandowski declared that it was a great honor to visit China and our law school as well. He first introduced basic situation and economy of Brazil. Then he went on to elaborate on the history, revolution and legal system changes since the found of the Federal Republic of Brazil 500 years ago. He pointed out that the Brazil has a ‘three-branch power structure’ –federal, state and City" under the constitution of Brazil. And now there is only a-“federal, state”- two-branch judiciary in Brazil. Although the constitution has made a reservation for judiciary branch on the city level, but none of it has been implemented yet. He mentioned that the Brazil judicial authority has founded the electoral court, the constitutional court, military courts and labor courts and explained the system elaborately which was a great inspiration for all of us. 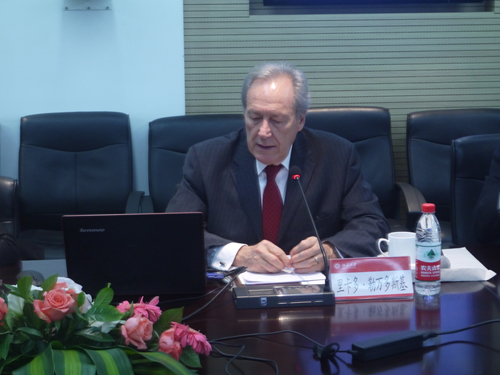 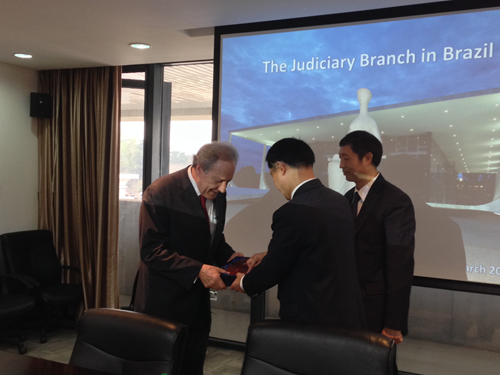 Dean & Professor ZHANG Shouwen hope that we shall share enhance our cooperation with Sao Paolo University and make more endeavor to share our information. H.E Mr. Ricardo Lewandowski and H. E. Mr. Valdemar Carneiro Leao consented and sent us a copy of the Federal Republic of Brazil constitution.