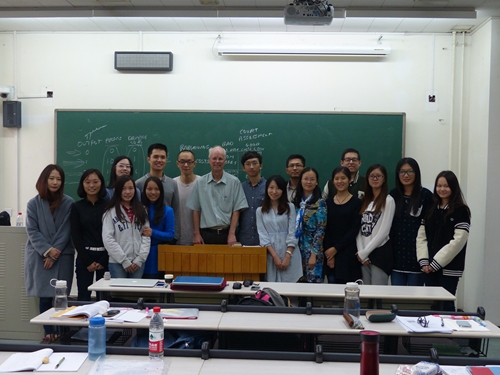 Professor Schwab had earlier served as the Registrar of the United States Supreme Court Justice Kennedy and then he became a teacher at the University of Michigan and Duke University School of Law, and served as dean of Cornell University Law School from 2004 to 2014, getting the reputation in the US law and economics and labor law fields and publishing several articles highly anticipated academic works over the years.

During this course, Professor Schwab used the dual perspectives of theoretical deduction and empirical analysis, successfully combines reality through the interpretation of a large number of economic analysis model, so that the students became familiar with the economic analysis of law and master the important knowledge and skills. And this course is a wonderful interpretation of teaching in American law school.

In addition, Professor Schwab also fully participated in many other works in our college, and many teachers and students conducted in-depth exchanges and made a deep friendship with him. He was invited to many different academic conferences, including giving a speech in college academic exchange meeting. He contributed many valuable suggestions for the construction of scientific journals. Professor Zhang Shouwen, dean for law school of PKU, visited Professor Schwab and highly appraised him. Professor Schwab also expressed his sincere affection and good wishes for Law School of PKU.