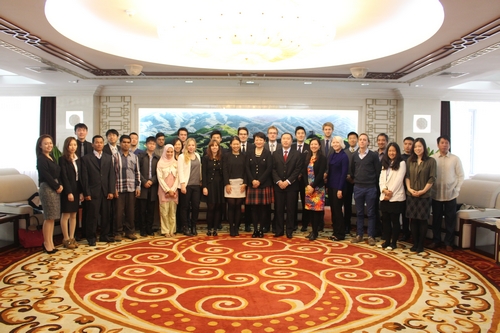 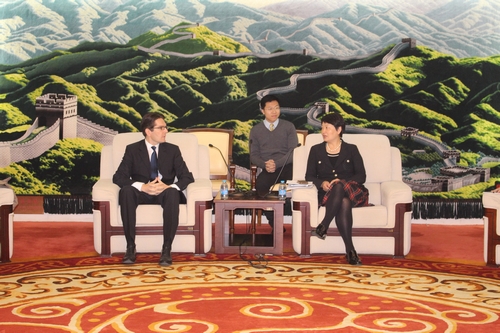 Then, students raised many questions on judicial reform, process of drafting and publishing judicial interpretation, and the differences between Chinese judicial system and etc. Senior Judge Mrs. Li and Judge Mr. Li answered the questions patiently. They said that the purpose of judicial reform stays unchanged during the years, which is to do better and better, and it is encouraging that courts of different countries can learn from each other. As for the judicial interpretation, the Supreme People’s Court has a valid process both in form and substance. Besides, they also talked about why they chose to be a judge, which greatly inspired the students. 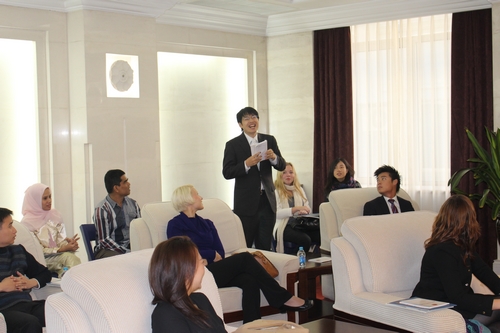 At last, students took pictures with the judges and then visited the main courtroom. 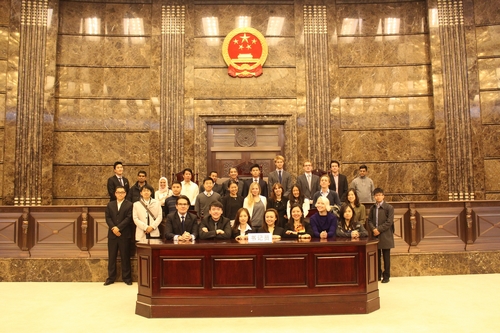 Through the visit, students learned more knowledge about Chinese judicial system and Supreme People’s Court. They all expressed great satisfaction to this visit and anxious interest of future fieldwork activities.