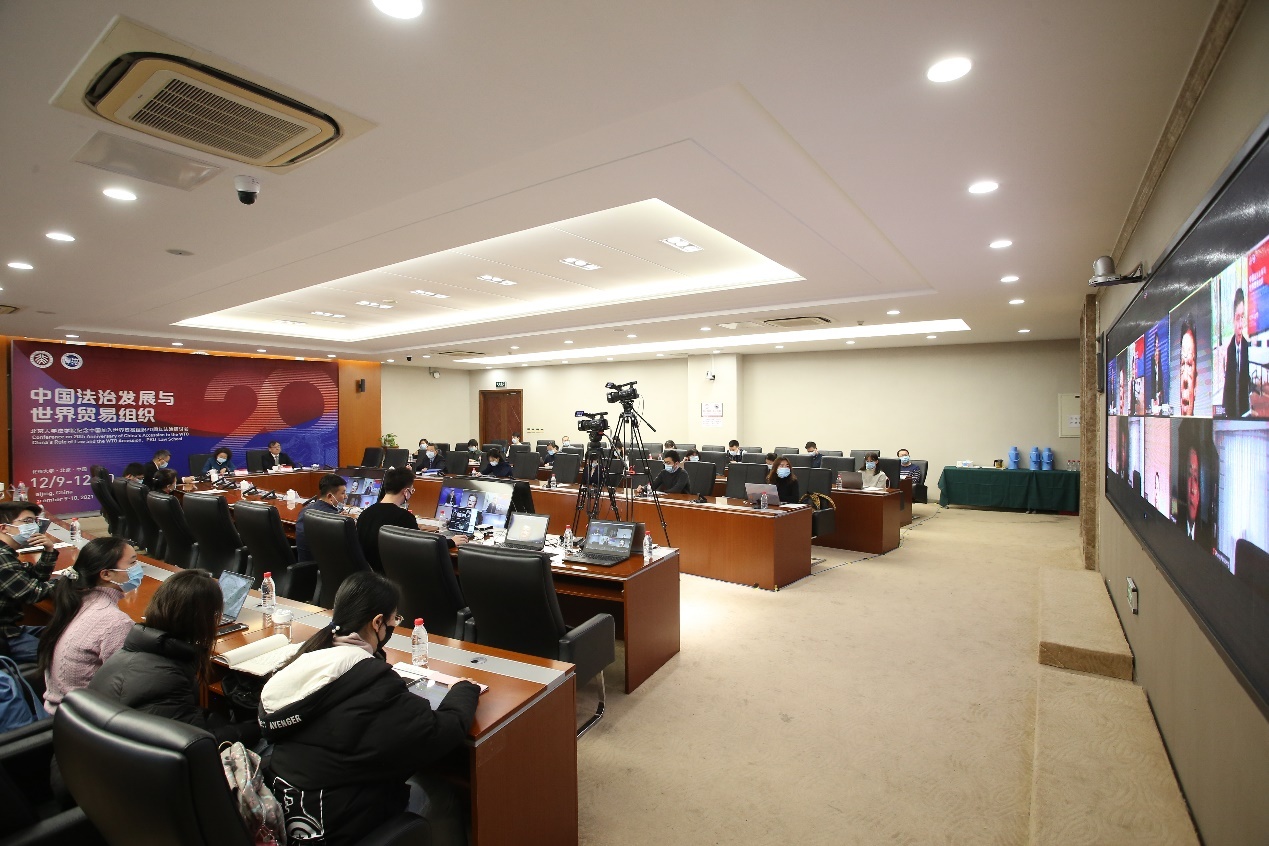 On behalf of Peking University, Qiu Shuiping extended warm welcome and heartfelt thanks to all the guests, experts and scholars attending the meeting. He mentioned that faced with the new mission of the era, Peking University must carry forward its glorious tradition, make greater contributions to the study of the rule of law spirits. In his online address, Chen Deming said that China's accession to the WTO is a milestone event in the history of China and even the whole mankind. As a staunch supporter and practitioner of multilateralism, China should consider how to work with other members to promote the continuous development of WTO rules.

In his online address, Li Chenggang said that China has developed itself and benefited the world since its accession to the WTO and fully fulfilled its commitments and relevant obligations. China should take the opportunity of joining the WTO 20 years ago to sort out and sum up relevant experiences, promote the WTO to restore its relevant functions as soon as possible, show its due relevance in global economic governance, and deal with various issues raised by other members with an open mind and courage. 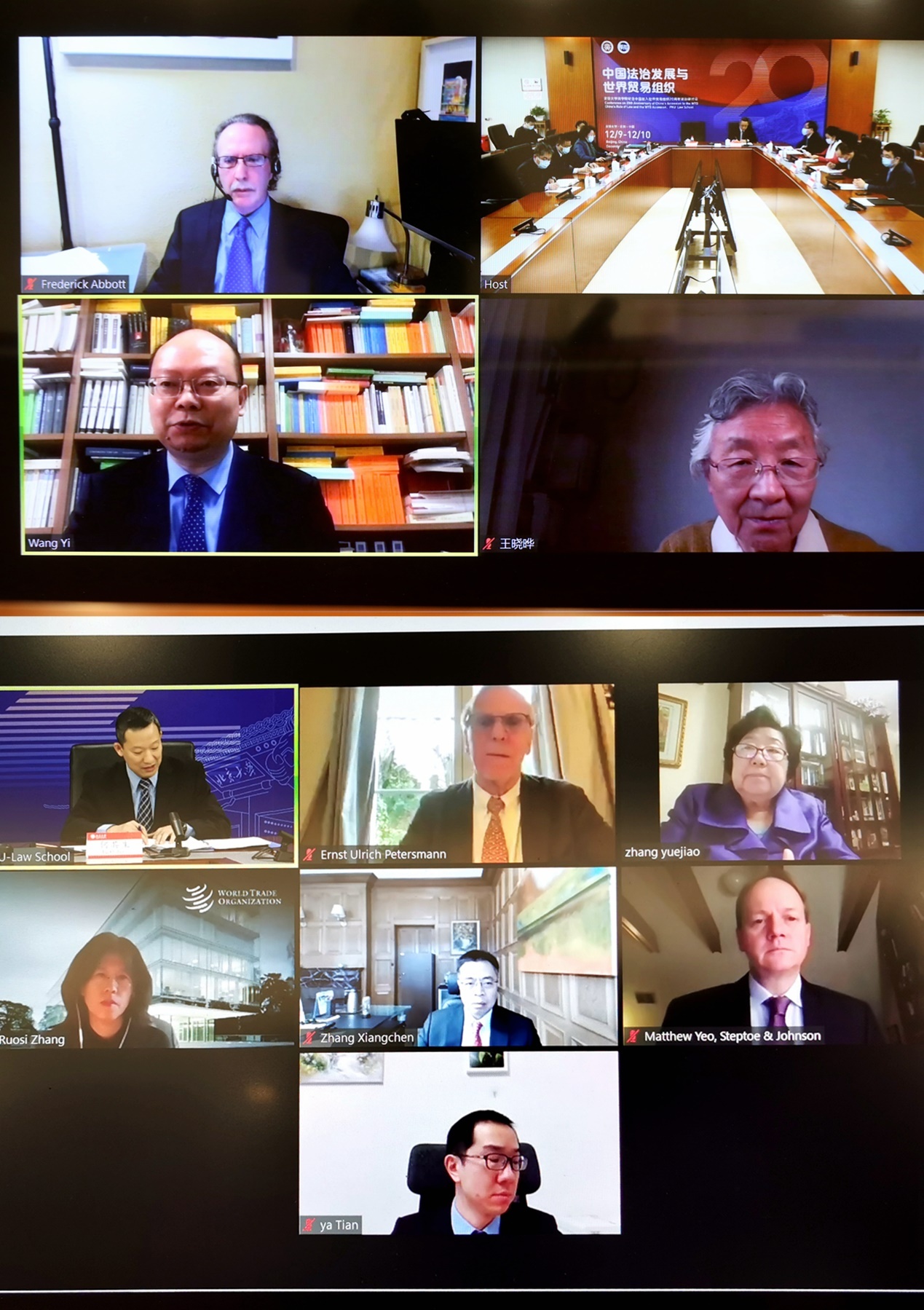 In the two-day symposium, Chinese and foreign guests, experts and scholars discussed and exchanged views on such topics as "The Impact of China's Accession to the WTO", "The Latest Progress of the WTO Multilateral Trade Negotiations and Prospects for the Future Rules", "The Progress of China's Rule of Law in the Past 20 Years: Review and Prospect", and "Exploration of the Reform of the WTO Trade Remedy Rules". It is generally agreed that China's accession to the WTO in 2001 is a milestone in China's deepening participation in economic globalization and a sign that China's reform and opening -up has entered a new historical stage. Since its accession to the WTO, China has actively practiced the concept of free trade, fully fulfilled its commitments, opened its market substantially and achieved greater mutual benefit, demonstrating the responsibility of a great power in opening -up. Standing at a new historical starting point, China is also facing new circumstances and challenges of the times. As a responsible world power, China will work with other WTO members to strengthen exchanges and cooperation on the rule of law with other countries, firmly defend the multilateral trading system with the thinking and approach of the rule of law, and jointly promote the building of an open world economy with high-quality development. 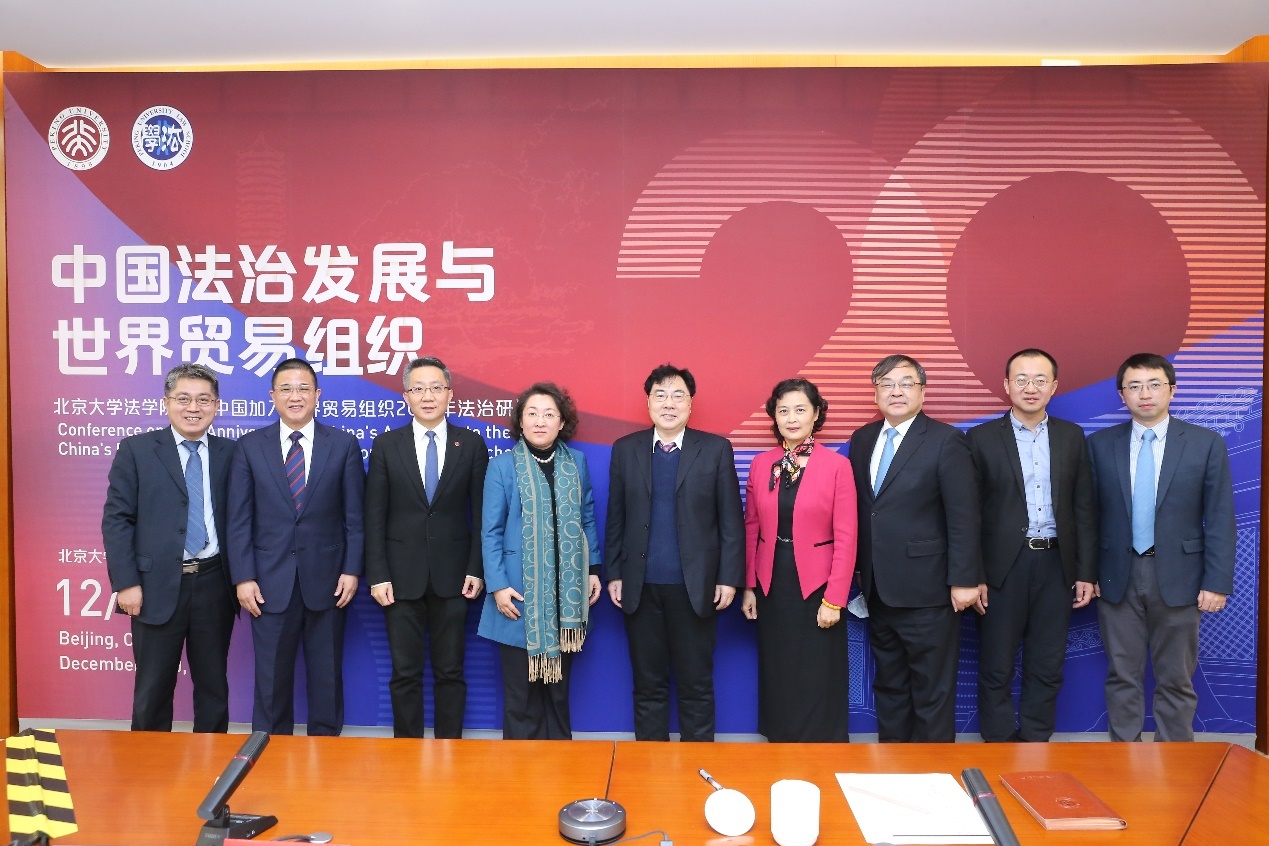 Prof. Pan Jianfeng presided over the closing ceremony of the symposium and thanked the Chinese and foreign guests, experts and scholars attending the symposium. He said that the symposium was centered on a comprehensive and systematic review of China's experience, current progress and future expectations, and received strong support from both inside and outside the university. The guests, experts and scholars at the symposium put forward many valuable suggestions on the future reform of the WTO and China's active participation in the change of global governance, which are of great and far-reaching value to the work of the rule of law concerning foreign affairs, including strengthening the cultivation of foreign-related rule of law personnel. 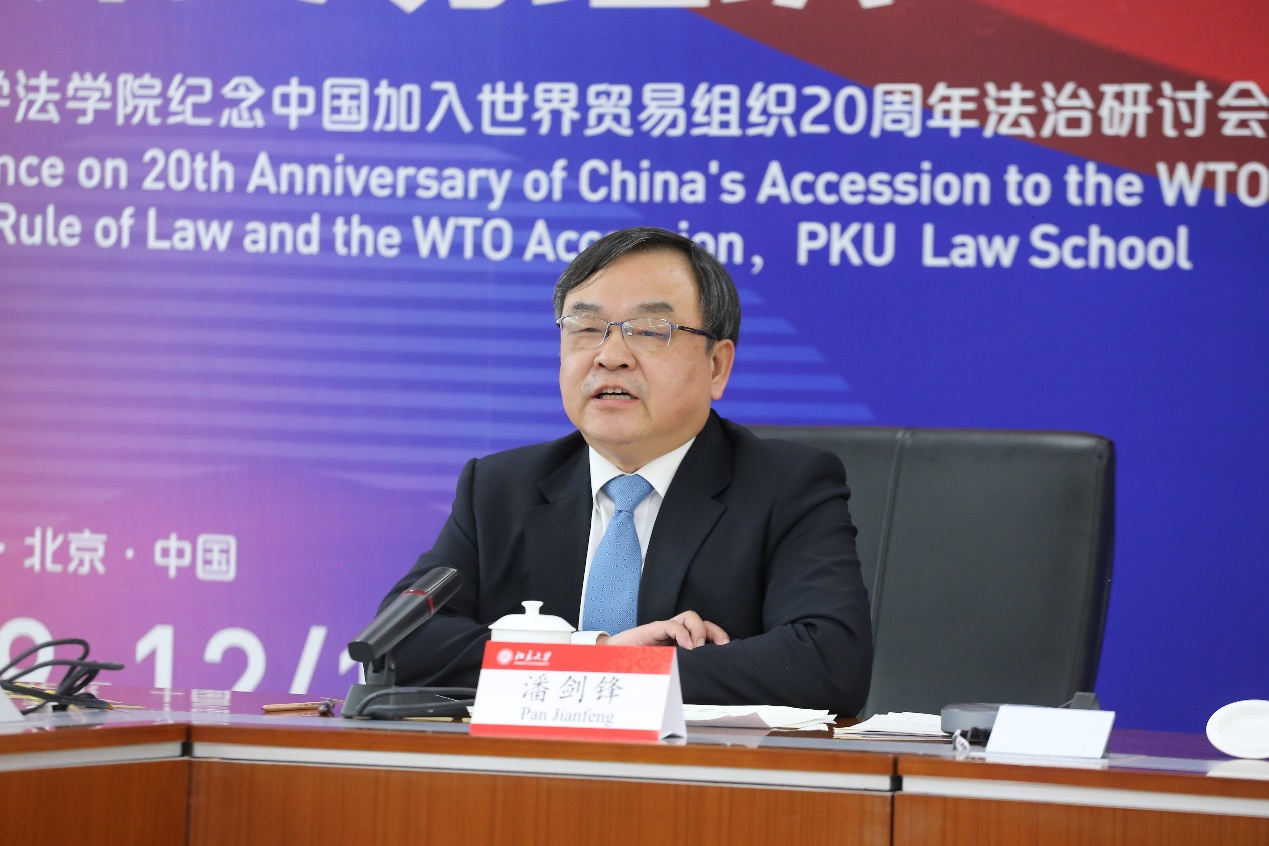 In the keynote speech at the opening ceremony of the Fourth China International Import Expo, President Xi Jinping systematically reviewed the 20-year history of China's accession to the WTO, highlighted the proposition of promoting global common opening up, and clearly proposed the measures for expanding opening-up in the next step. PKULS has accumulated certain experience in carrying out the research on international rules of multilateral trade and cultivating high-quality personnel on the rule of law concerning foreign affairs. PKULS will adhere to the guidance of Xi Jinping Thought on the Rule of Law, continuously promote the reform of foreign-related legal education, and focus on the cultivation of judicial and legal service personnel in foreign-related law enforcement, as well as the training and placement of legal personnel in international organizations. The Peking University legal personnel will make due contributions to China's continuous and full participation in the reform and development of the WTO, to China's active participation in the formulation of international rules and to promote and lead the process of the change of global governance, and to better serve the overall situation of the foreign work in the new era and new journey.