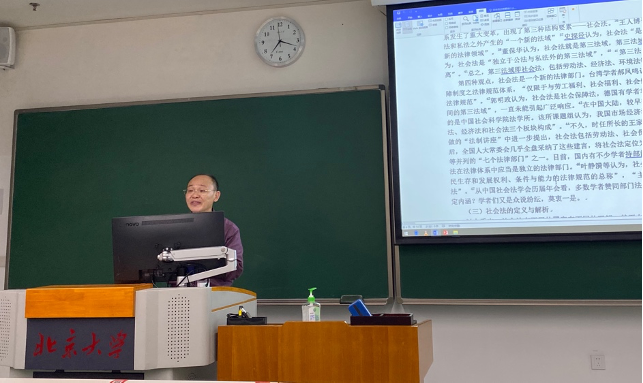 In the section "The Character of Social Law", Yu Shaoxiang elaborated and analyzed the legal character of social law. He summarized the nature of social law into three aspects: First, social law is a new legal system that compensates for the inadequacy of private law in solving social problems. It is a correction and prevention of the negative consequences of market competition or certain processes. Second, social law regulates social relations that are equal in form but unequal in substance. To a certain extent, it can be called "social correction law." It is realizing corrective justice rather than natural justice. With regard to issues such as the polarization between the rich and the poor, social law rectifies and repairs unbalanced social relationships through the implementation of special or inclined protections for the weak, so that society tends to be substantially equal and fair. Third, social law is a distribution law other than market distribution. It aims to solve social distribution problems in production relations other than market distribution. The content of social distribution adjustments includes wealth and rights, and the form of adjustment includes both secondary allocation and three allocations also include the initial allocation.