After all the guests briefly visited the court, the ceremony officially began. Pan Jianfeng, Dean of Peking University Law School, stated in his speech that theory was derived from practice, and practice promoted development; courts were practice classrooms for rule of law personnel training, and he believed Beijing Financial Court would cultivate more leading personnel in the field of the rule of finance; it was of great significance to carry out the joint construction by law schools and colleges; what was set, the parties shall stick to it, work hard and practice, and persevere in promoting the implementation; he hoped that the two parties would deepen the implementation of the cooperation agreement and achieve fruitful results.

Cai Huiyong, Secretary of CPC Committee and President of Beijing Financial Court, pointed out that the cooperation between the parties was substantial, and the next step shall be to seize the time to put the cooperation into practice and jointly carry out the following tasks. The first was to jointly cultivate personnel to jointly create a highland of talents for the rule of law of finance. The second was to deepen exchanges and mutual learning and jointly create a demonstration platform for cooperation between institutions and colleges. The two parties should give full play to the advantages of judicial practice resources and legal theory resources, promote the precise matching of theory and practice, teaching and trial, and scholars and judges, and carry out continuous exchanges to jointly carry out theoretical and practical research on the rule of law in finance. 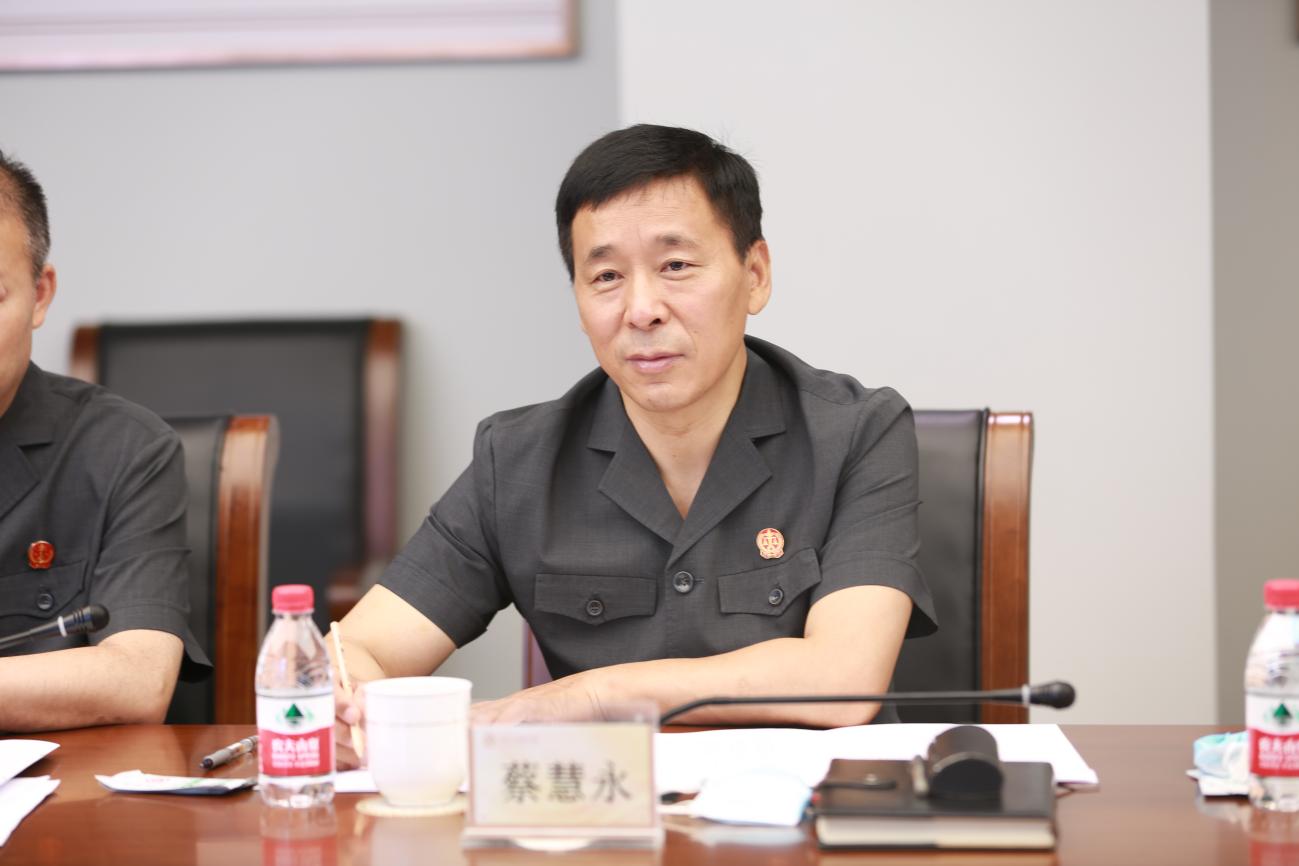 Cai Huiyong, Secretary of the CPC Committee and President of Beijing Financial Court

After the signing and unveiling ceremony, the two parties had communication and exchange on promoting the implementation of the cooperative construction relationship. Guo Li, Party Secretary of Peking University Law School, talked about two points of experience in his concluding speech: First, ideological guidance, spiritual inspiration. He saw from the people of Beijing Financial Court the spirit of bearing heavy burdens, living up to their mission, striving for perfection, and serving the people. Second, professional drive, functional expansion. The judges of Beijing Financial Court were experts in finding real problems, grasping major problems, and solving difficult problems. They not only undertook the judicial function, but also played an important role in the coordination of the rule of law in finance. It was hoped that the two sides would carry out pragmatic cooperation at a higher level and in deeper areas on the basis of the agreement. 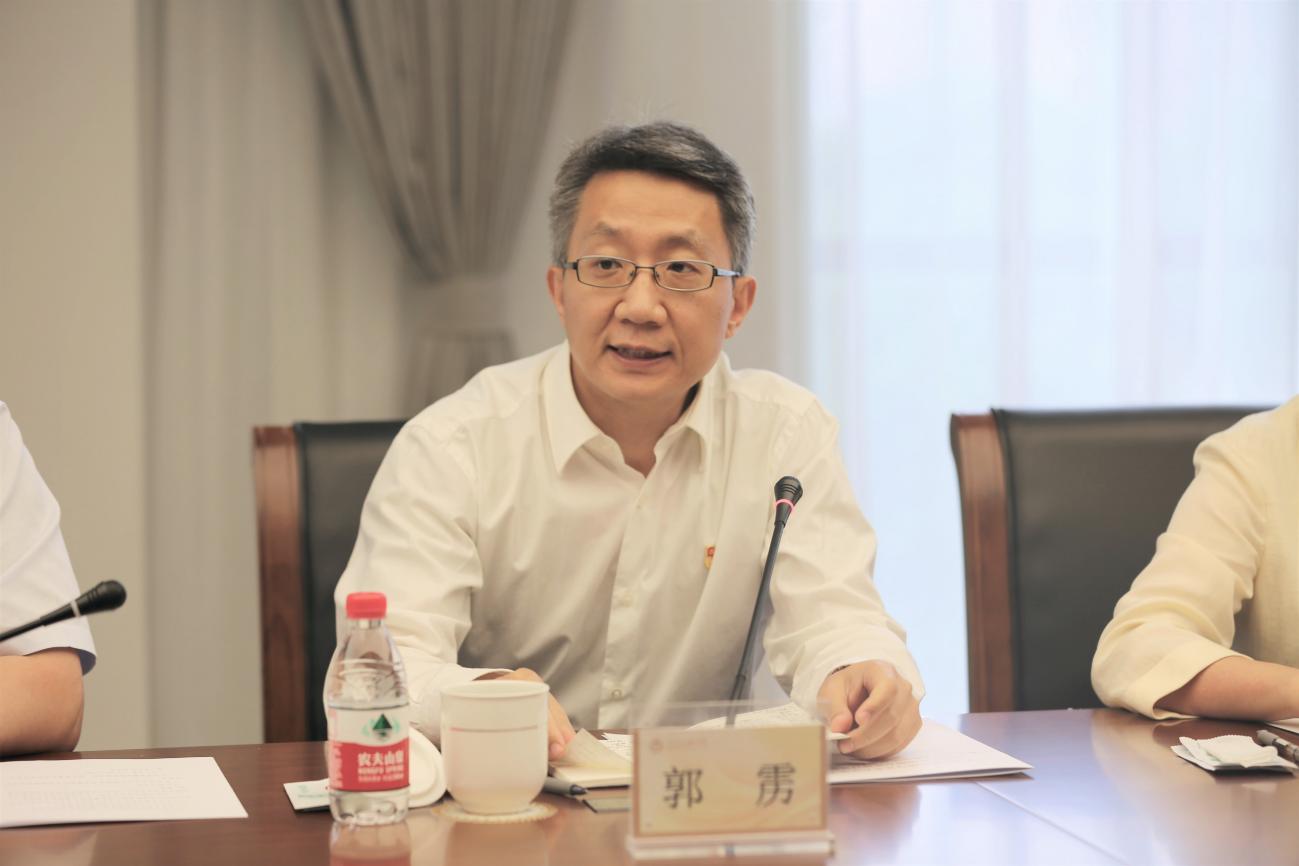 After the ceremony, the two sides took a group photo. 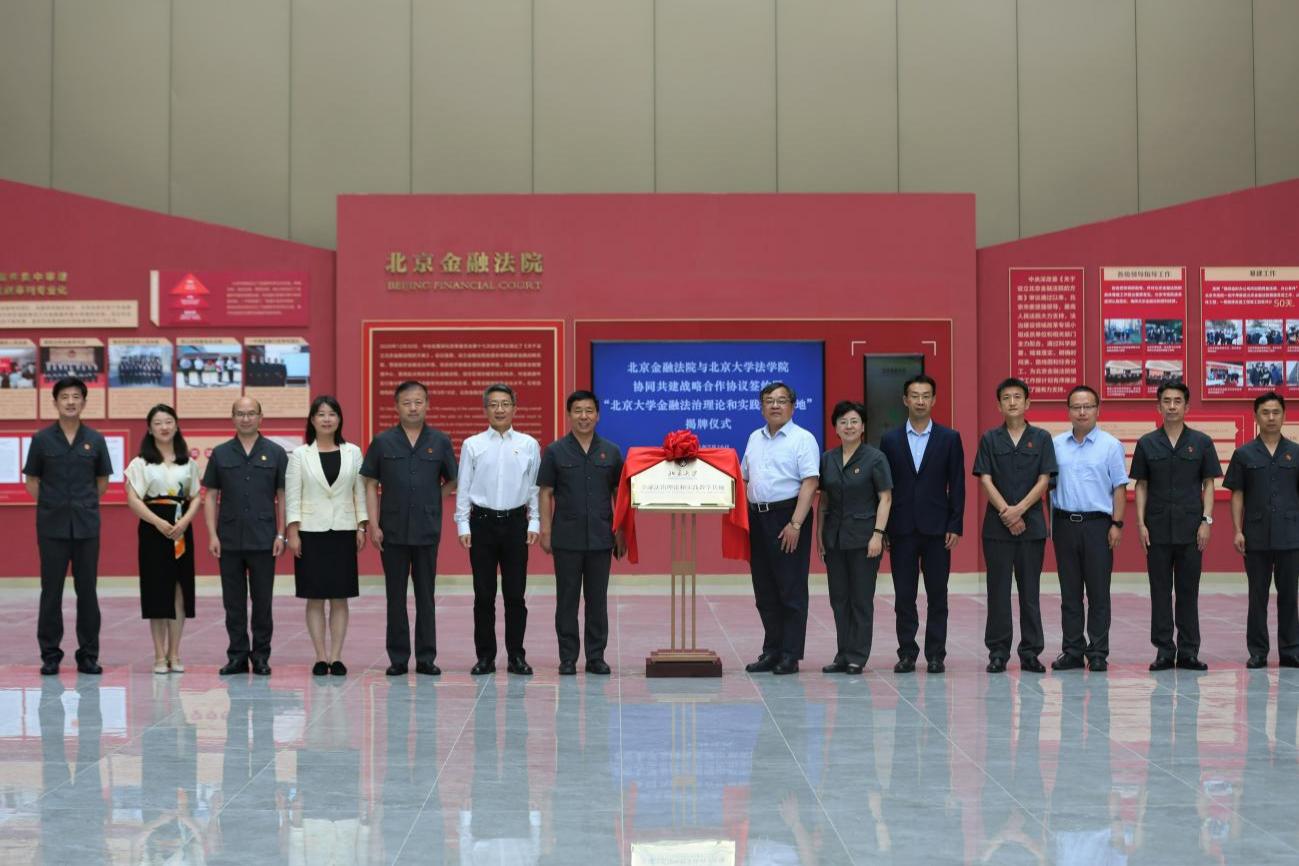 Relying on the signing of the cooperation agreement and the establishment of the teaching base, Peking University Law School and Beijing Financial Court will give full play to the advantages of law schools and judicial organs in judicial practice and legal theory, and carry out joint construction and cooperation in the areas of personnel training, information resource sharing, academic research cooperation, expert think tank building, two-way personnel exchange, Party building exchange, etc., so as to further promote the development of a coordination mechanism for the rule of law in finance.