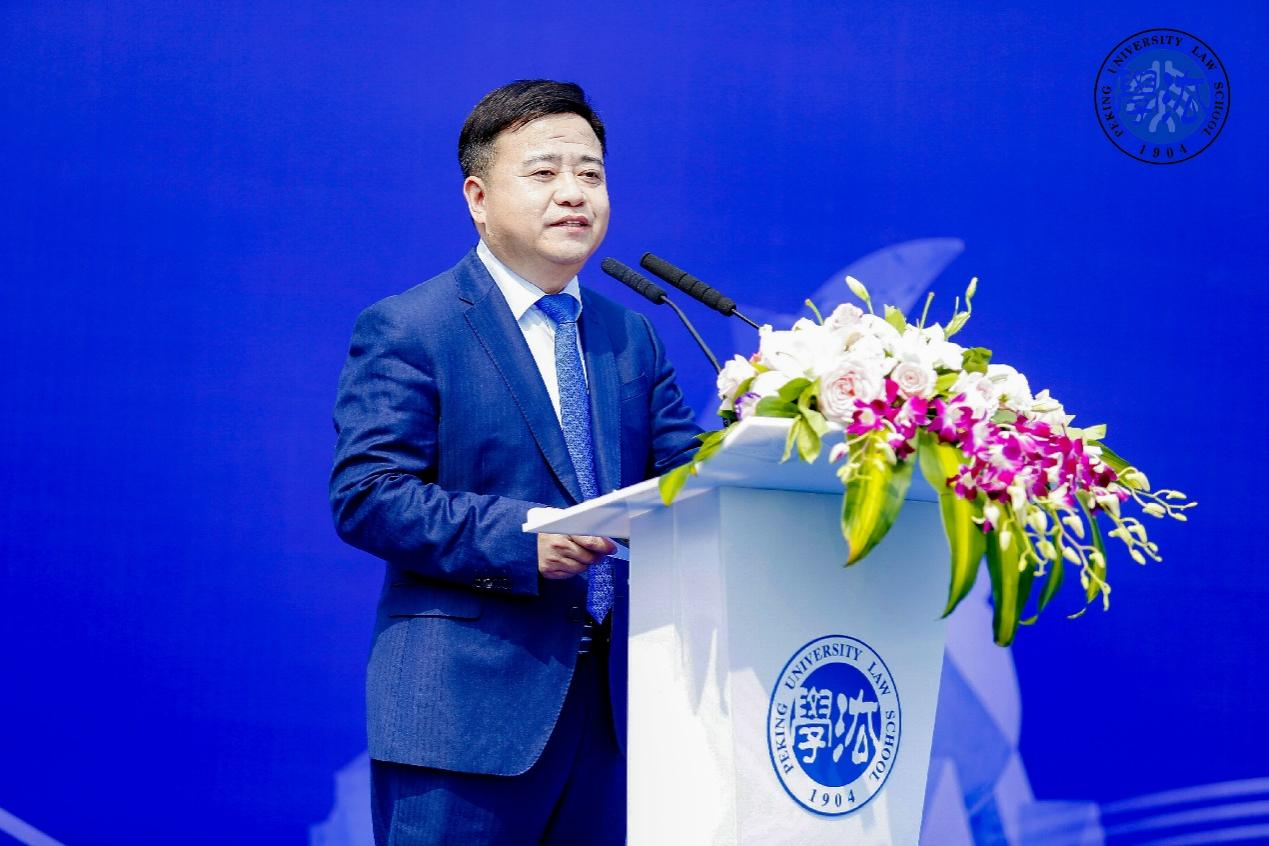 Today is a Joyful day. After years of study, you have successfully completed all of your courses, passed the academic check, and the thesis defense. Today, you finally put on your academic uniforms as expected. Your school career generally lasts for nearly 20 years, even more than 20 years, which represents your long-term efforts! However, I want to remind everyone that today only marks the end of your school career. As far as your professional career is concerned, the curtain has just been pulled.

When you are about to leave PKULS, I hope that in your future life, you will not only work hard to achieve personal career success, but also remember the spirit of the May Fourth Movement and contribute to the rise of China. The world today is undergoing drastic changes, which has brought huge opportunities and challenges both to China and everyone. The most significant change in the development of the times is that the total GDP of China is rapidly approaching the United States, and will surpass the United States in the near future, changing the political pattern of the world’s dominance.

What I want to remind everyone is that the rise in total GDP to be the world's largest does not mean that China has become the world's superpower. It is the per capita GDP rather than the total amount of GDP that can better reflect the overall strength of a country. From a historical point of view, from 1840 to 1865, our country's total GDP remained the world's largest. However, during this period, countries such as the United Kingdom, France, the United States, and Russia, which total GDP smaller than China, have continuously invading China. In terms of GDP per capita, China is still a typical developing country, not a developed country. Taking 2020 as an example, our country’s per capita GDP is $10,484, which is only 63rd in the world, close to Panama, Costa Rica, Seychelles, Malaysia, Maldives, Bulgaria, Mauritius and other typically Developing countries. However, the per capita GDP of the United States reached $63,416, ranking fifth in the world, more than six times that of China.

In fact, not only in terms of per capita GDP, but also in many other areas, such as technology, military, rule of law, finance, education, culture, and many other aspects, there is a big gap between our country and the world’s superpower, and there is still a long way to go.

Finally, as a representative of all faculty members of PKULS, I hope that no matter where you are in the future, you will always think of PKULS. PKULS is your eternal spiritual home. No matter whether you succeed or fail in the future, we hope you will go back to Peking University Law School to take a look, PKULS will always be by your side.