From May 14 to 16, 2021, the "future leaders" class of the PKU global legal and business executive program (hereinafter referred to as "GLBE") of Peking University successfully concluded the three-day "international politics, economy and law in the post-epidemic era" (module 4) course.

Whether the COVID-19 is described as a "black swan" or a "gray rhino" event, it is undeniable that the impact of this great change on global humanity is profound and far-reaching... The fourth module, in the context of the post-epidemic era, extends from the exchanges and interactions between China and the international political society to the field of economics, and then to the field of law to sort out its internal rules and logic, exploring the way of development in the great changes of the world.

In the context of global competition, both local companies and multinational companies must always pay attention to the international situation and Sino-US relations. In view of this, Mr. Ma Jun, who conducts international political research, gave an in-depth introduction to the history of Chinese diplomacy, from the Korean War to the issues of Taiwan and Hong Kong, and elaborated the wisdom and game strategies of governance. Teacher Ma Jun used reverse thinking to inspire students to look at problems, emphasized the deep internal connection between war, economy and politics, embedded the stakes from multiple levels of military strength, compatriots’ blood relations, economic construction, and political stability, showing the complexity of it.

The process of a country's integration into the global system is not a simple stride, but a combination of learning from its own Millennium culture internally and from the advanced countries in the world externally, understanding each other's attitude, respecting rules and consensus, and thinking carefully about the countermeasures. Therefore, behind the development of economy and trade is the rejuvenation of the country through science and education and the innovation of talents. We should have long-term vision, and also do a good job in the present, self confidence is built up by strength. Compared with Germany's rigorous national character, Chinese culture is broad and profound because of its inclusiveness. This is also where the spirit of Peking University has been inherited. 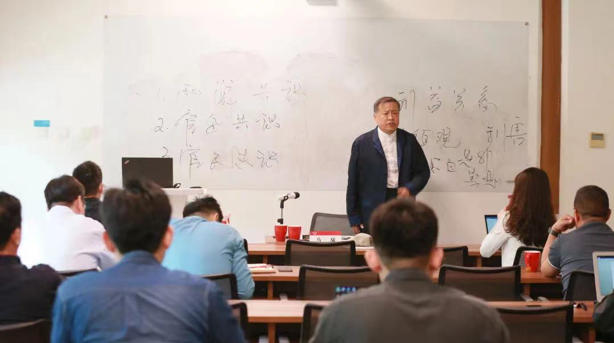 The most basic and universal "realist theory" in international relations believes that state behavior is affected by relative power status, which originally originated from Thucydides' "History of the Peloponnesian War". Since ancient times, international wars have basically been disputes caused by the rise of new powers. The generational conflicts between nomadic civilization and agricultural civilization have evolved into a dispute between ideology and national economic interests. Under such a world structure, both tough measures and diplomatic and friendly measures are taken simultaneously, and based on "bottom line thinking", preventing the difficult situation of being blocked, preparing for war to end war, and seeking development and transformation on the basis of unity and stability. From a macro perspective, it is recognized that historical progress is based on ideology, production methods, and resource allocation. Therefore, taking economic construction as the center should also return to the people-centered nature. From the perspective of leaders' thinking, Professor Qiang pointed out that leaders should have three necessary abilities: judgment, imagination, and the ability to unite knowledge and action. Understanding the road to the rule of law in China is a review and judgment of history, which can be viewed dialectically from multiple angles. The core of governing a country by law and governing a country by virtue lies in "law" and "morality", which are both universal and local. At the same time, law can be not only a noun, but also a verb--the rule of man, the rule of virtue and the rule of law should be mutually reinforcing. From China’s millennium ritual system to modern Westernization, to the history of the rule of law in New China and the reform and opening-up period, we should see contradictions and tensions, discover problems and crises in the changes. We should be the unity of knowledge and action: on the one hand, reading the original works and understanding the principles; on the other hand, starting from practice and taking root in the land of China. We should integrate the ancient and modern Chinese and Western legal traditions, through the inclusive of etiquette, political law, and Western law, think and explore the country model of the rule of law, so as to gradually realize the goal of the rule of law in China: long-term stability and national rejuvenation. 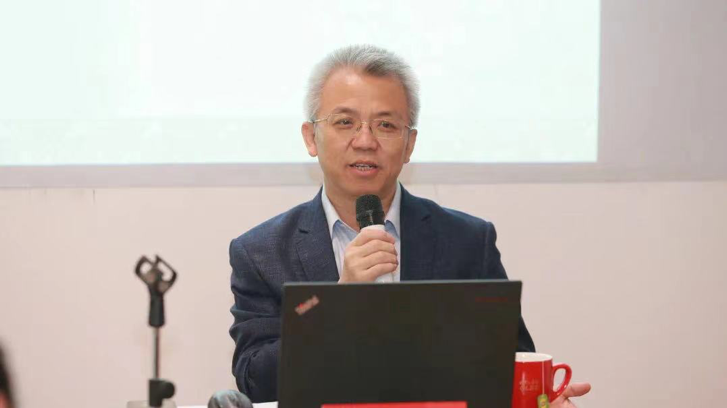 "What, why, and how" is the most fundamental thinking logic for analyzing and looking at the problem. Teacher He Qisheng uses this line of thinking to lead everyone to in-depth thinking of economic sanctions and the United States' long-arm jurisdiction. In the past three years, the number of sanctioned entities and individuals in China has skyrocketed, and it has become more and more intense. The United States, on the grounds of human rights violations, including companies and individuals on relevant lists to implement bans, including economic sanctions, export controls, and customs seizures, and passed a number of legislations to suppress them. Mr. He introduced the relevant regulations and connotations in detail, analyzed the causes of sanctions from multiple perspectives such as the global industrial chain, industry development and evolution, and geopolitics. Then he combined with the case, put forward the understanding and questioning of the long-arm jurisdiction of the United States, Put forward countermeasures and specific measures from multiple levels. The Chinese government and enterprises can refer to other international experiences and establish their own financial, market, legal, social, and technological support systems to respond. In the end, it returns to the internal reason of the political philosophy level, based on the classical traditional Thucydides trap and American political culture, and puts forward the game attitude that we should have. 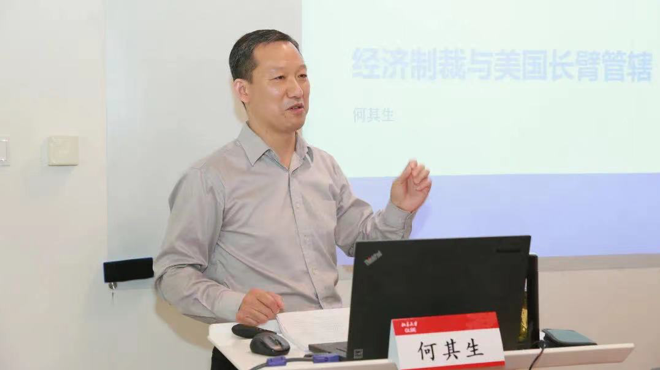 From the history of human growth, Teacher Zhang Weiying quoted many schools of analysis, from "geographical determinism" to "ethnic determinism", from "cultural determinism" to "institutional determinism". Subsequently, he used examples and data to explain and reflect on the neoclassical growth model and Keynesian theory in economics. Teacher Zhang pointed out that new industries, new markets, and new division of labor have promoted economic growth, which in turn comes from the innovative and creative spirit of entrepreneurs. China’s previous high-speed development was mainly through reform and opening up to arbitrage opportunities, China will also be in the long term and high degree of uncertainty through innovation to promote economic growth. From the success and failure cases of various products in history, we can see that uncertainty covers technical feasibility, commercial value, complementary innovation, institutional, cultural policies and etc., and its cycle is often more than ten years. The creation of an innovative entrepreneurial environment requires the construction of the rule of law, the protection of intellectual property rights, and freedom of thought, and a tolerant, free, and complete institutional environment. The best system should be one that allows people to have confidence in the future. 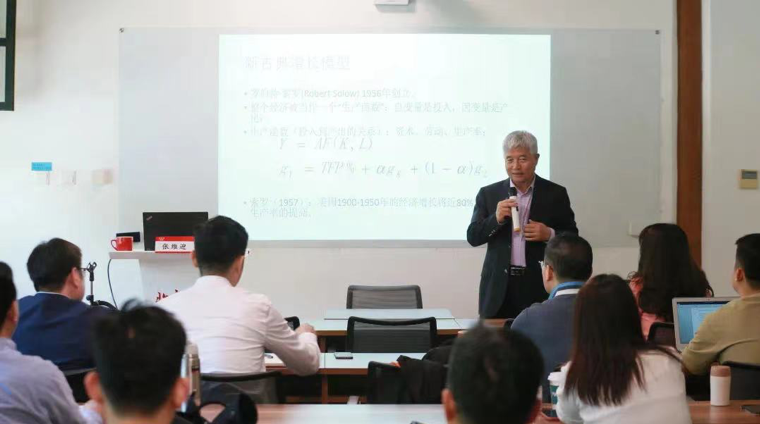 The course of the fourth module has come to an end in the integration of ancient and modern, and the collision of China and the West. Leaders in the new century need not only to master economics, but also to integrate with law to become comprehensive talents. 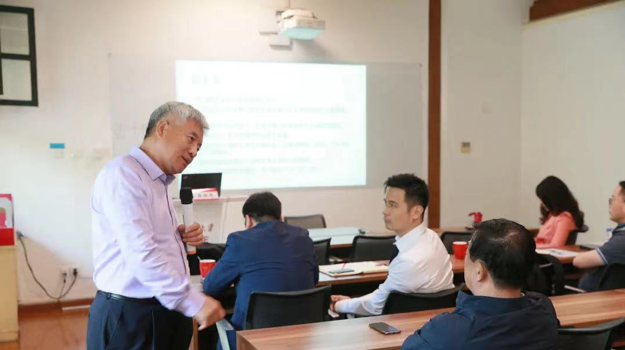 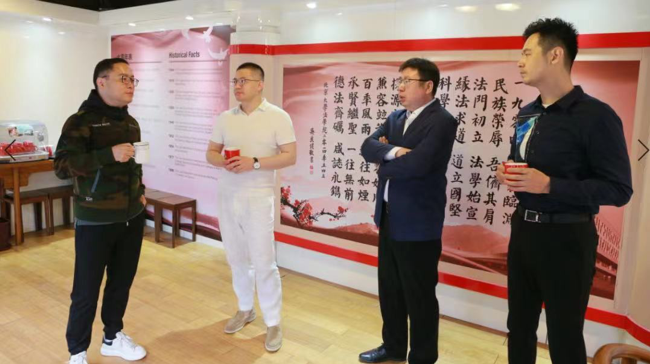 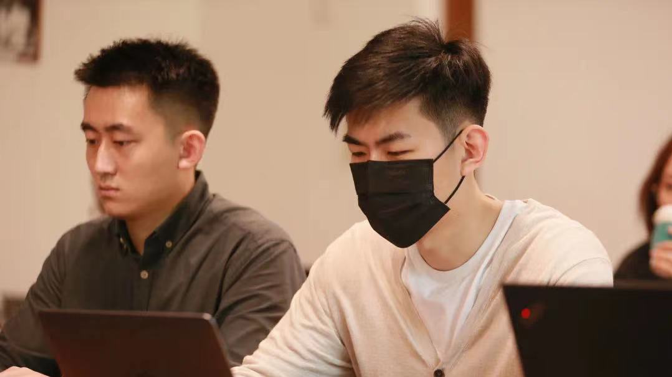 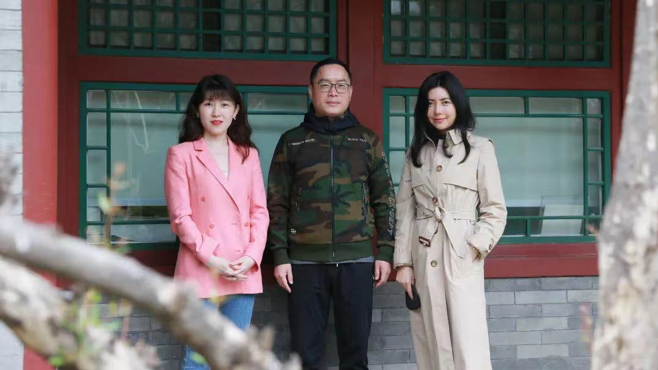 Translated by: He Jinghan