Responding to the Times

As a law closely related to everyone, the Civil Code responds to the people's needs of rule of law in the new era, focuses on the hot and difficult problems of economy and society, and its implementation has a milestone significance in the process of rule of law in China.

Whether for ordinary people or professional law practitioners, they are eager to internalize and absorb this "social life encyclopedia", to better meet the practical needs of life, work and so on.

With new laws, new interpretations and new practices as the orientation, the PKU School of Law specially invites civil law experts and scholars to carefully build this excellent online course to clarify the doubts and doubts of the broad community about the application of law.

On May 7, 2021, Liu Kaixiang, a professor of PKU School of Law and a doctoral supervisor, launched the Interpretation of the Related Judicial Interpretation of the General Rules of Civil Code of China (Application of Civil Code and Limitation of Action) on time, which indicates the formal unveiling of a powerful, profound and thick banquet of knowledge. On May 8 and 9, Professors Chang Pengao and Zhang Shuanggen gave live lectures on the latest judicial interpretation concerning the Part of Real Right and the Guarantee Provisions of the Civil Code of China.

The course attracted over 1,000 students from all over the country to participate in the course. Not only are there two hours of online intensive study every night, the students also have a warm discussion and interactive exchange on the hot issues of the Civil Code of China in the class. Some students said, "Teacher Liu Kaixiang, with the judicial interpretation of the Supreme People's Court on the application of the time effect of the Civil Code of the People's Republic of China as the core, compares the Civil Code with some different provisions of the old law from three different perspectives, namely, general provisions, specific provisions of retrospective application and specific provisions of transition, and gives a comprehensive and in-depth explanation on how to apply the Civil Code of China after its implementation and the time effect. Its simple and simplified teaching method makes the teaching content very easy to understand and digest "; others said," After listening to the teachers, there is a sense of inexhaustion and full of expectations for the next course. " 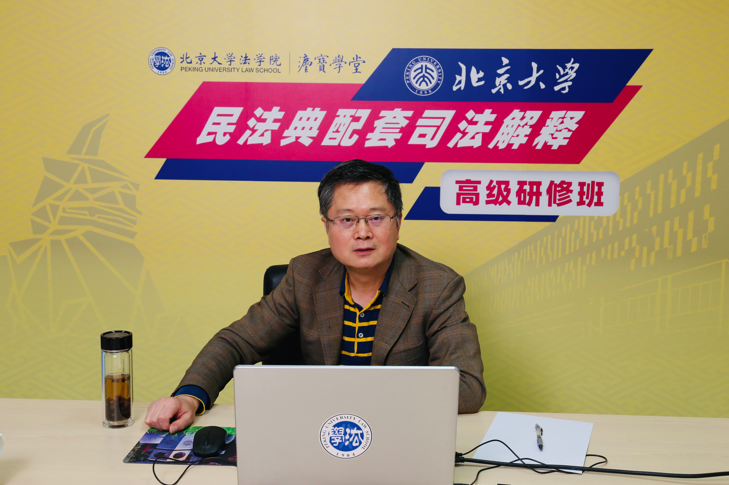 Professors of civil law, including Liu Kaixiang, Chang Pengao, Zhang Shuanggen, Ge Yunsong, Xu Defeng, Ma Yinan, Wang Cheng, Xue Jun and He Jian, are specially invited to participate in the course. The course focuses on the latest batch of judicial interpretations issued by the Supreme People's Court, which include the General Provisions of the Civil Code, the Part of Property Right, the Part of Contract, the Part of Tort Liability, the Part of Marriage and Family, the Part of Commercial Law and the Judicial Interpretations in the E-commerce field, etc. More wonderful courses will be launched in the near future, so please stay tuned.