The fourth session of the 13th National Committee of the Chinese People's Political Consultative Conference (CPPCC), and the fourth session of the 13th National People's Congress (NPC) opened at the Great Hall of the People in Beijing, capital of China, March 4 and 5 respectively, 2021.This year marks the 100th anniversary of the founding of the Communist Party of China, and it is also the first year of the "14th Five-Year Plan". China will start a new journey towards the Second Centenary Goal of fully building a modern socialist country, after having achieved the First Centenary Goal of completing the building of a moderately prosperous society in all respects. In order to further consolidate the spiritual learning achievements of the Fifth Plenum of the 19th Central Committee of the Communist Party of China, continue to in-depth study and implement the Thought on Socialism with Chinese Characteristics for a New Era, at the new period in which the timeframes of the Two Centenary Goals converge, the Law School keeps in mind the mission and responsibility of the Peking University legal professionals, organized and carried out various forms of "two sessions" spiritual learning activities.

On the morning of March 5, 2021, under the premise of complying with the requirements of COVID-19 prevention and control, the Law School organized representatives of faculty and staff, party members, party activists, and key members of the Leagues who have returned to school to watch the live broadcast at the Moot Court of (Leo)KoGuan Building, and conducted special study after the meeting. 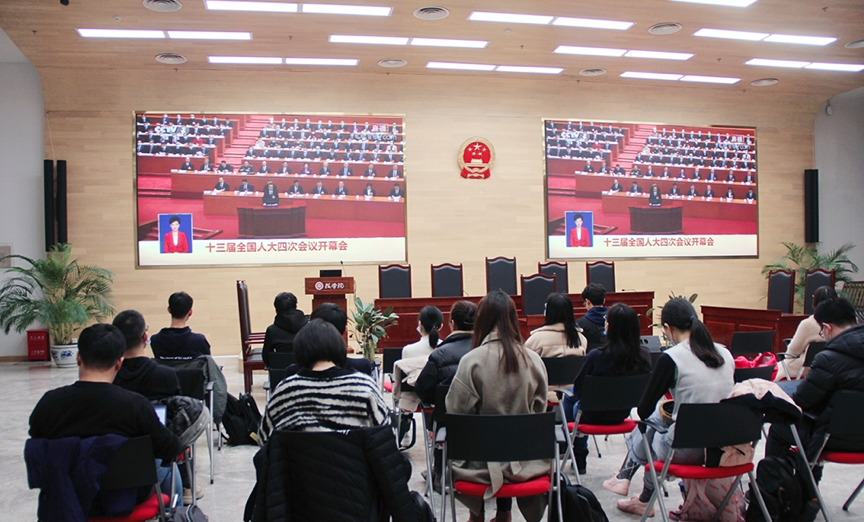 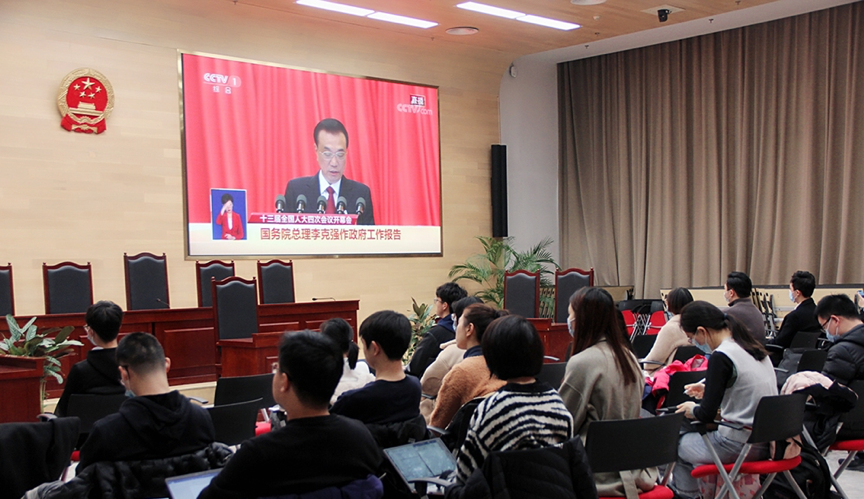 Party branches, youth league branches, and classes actively organized students who have not returned to school to watch broadcast flexibly, and communicated their thoughts. 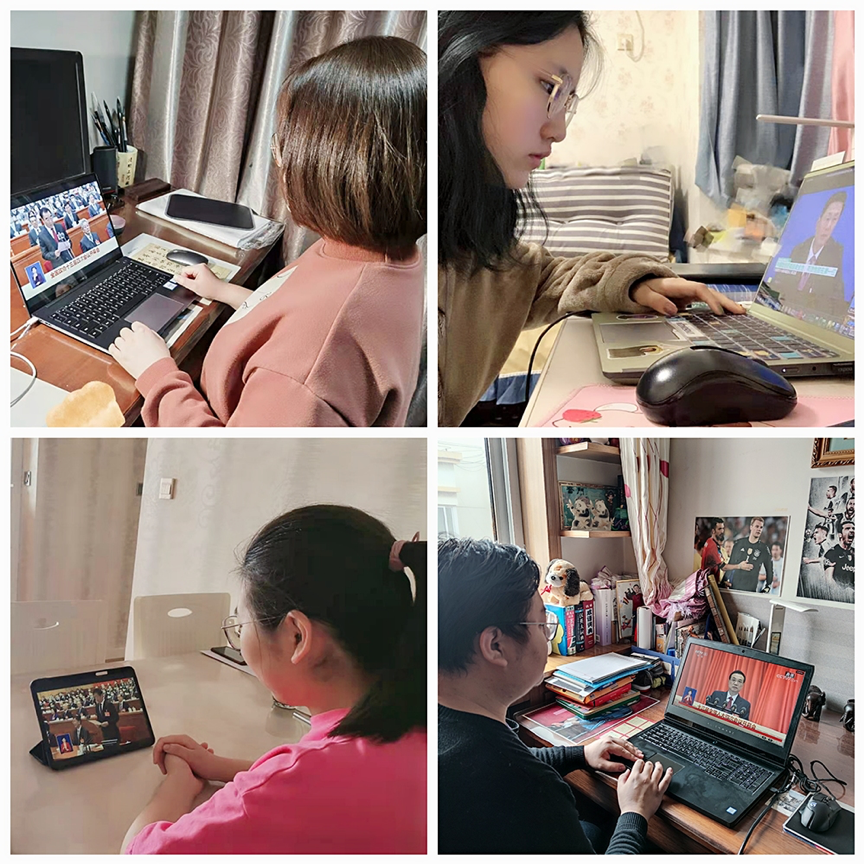 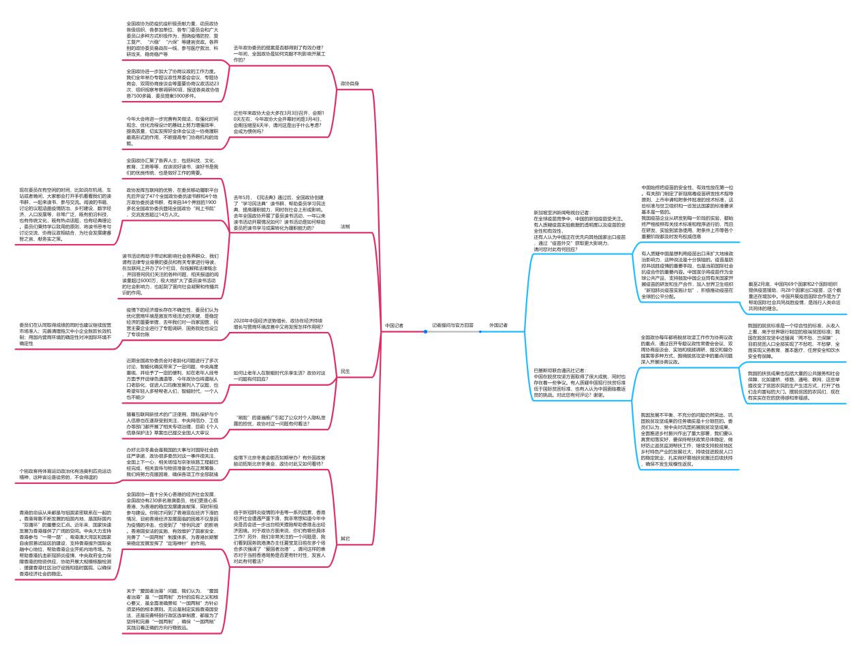 Tu Qianwen，an undergraduate student of PKULS, made a knowledge chart after watching the first press conference of the fourth session of the 13th National Committee of the CPPCC

At the same time, the Law School launched a special WeChat broadcast of "Legal Professionals • Focus on the Two Sessions", to introduce the information and schedule of the "Two Sessions", interpret the hot topics that are widespread concerned by legal professionals, and share the thoughts of students.