You are here： Home» News» Global» [Reprinted] Wang Chen, a member of the Political Bureau of the Communist Party of China Central Committee and President of China Law Society came to Peking University for research

[Reprinted] Wang Chen, a member of the Political Bureau of the Communist Party of China Central Committee and President of China Law Society came to Peking University for research

At the Central Conference on Comprehensively Governing the Country by law, General Secretary Xi Jinping stressed the need to promote domestic and foreign-related rule of law in a coordinated way. In recent years, Peking University Law School has explored and established a long-term mechanism for cultivating innovative legal talents, guiding students to use their major to serve the national needs. At the same time, Peking University Law School vigorously promotes the foreign-related legal personnel training work, with remarkable results.

Recently, the Law School held the "Peking University Foreign-related Legal Personnel Training Achievement Exhibition", which systematically reviewed the relevant characteristic work and achievements. In front of the board in the Moot Court of the Law School, Wang Chen was introduced by Guo Li, the Party Secretary of the Law School. 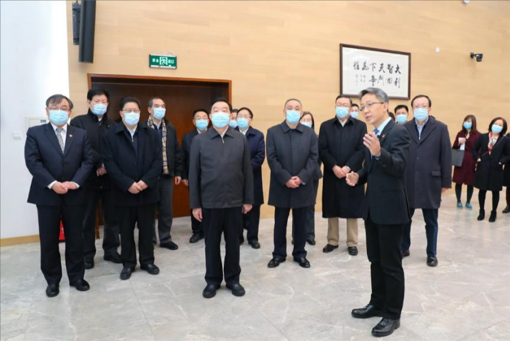 Later, Wang Chen and other visitors came to the lecture hall of the Law School to investigate the international Commercial Arbitration course of the Law School, and had a discussion with teachers and students.

The course attaches great importance to the training of practical skills, especially the moot court course, which makes up for the lack of traditional classroom interaction and weak practical training. In recent years, the Peking University team has achieved excellent results in both domestic and foreign competitions. 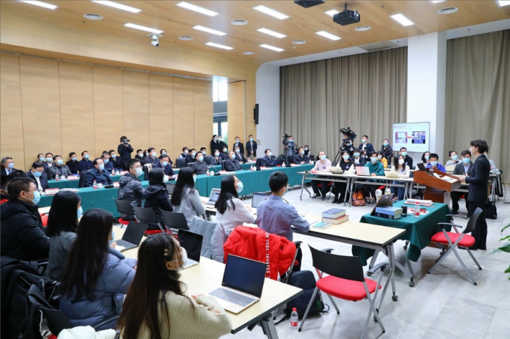 A.P. Gao Wei introduced the basic situation of the international Commercial Arbitration course of Peking University from the aspects of the curriculum setting background and characteristics, personnel training objectives and curriculum achievements, combined with the specific case data.

At the symposium, Wang Fengquan, an undergraduate of the Law School in 2018, and Jiang Hewen, a master of law of the Law School in 2020, recreated the real scene of international commercial arbitration through simulated arbitration. On behalf of different international companies, both parties, as the respondent and the applicant, stated their reasons for whether the online court hearing during the epidemic was consistent with the legal framework. Afterwards, the students talked freely about their professional learning gains and career planning. 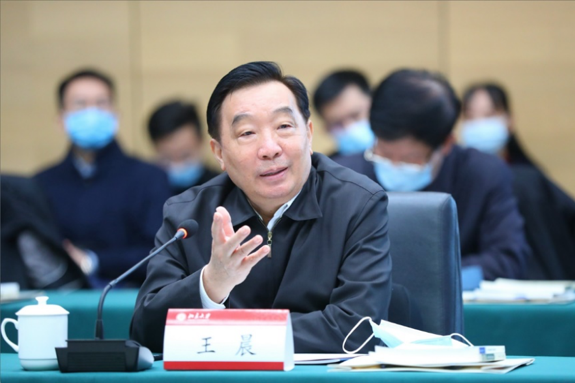 After listening to the speeches of the students, Wang Chen affirmed the significance of the course of international commercial arbitration and the achievements in the cultivation of legal talents in Peking University, and praised the excellent achievements of the students and their ideal of serving the country.

Wang Chen pointed out that under the new situation, China's economic and trade ties with other countries will be closer, and the demand for talents in related fields will be more urgent. We should speed up the training of foreign-related personnel under the rule of law, and train high-quality personnel who are familiar with both domestic laws and international and nationality laws, so as to better safeguard the legitimate rights and interests of Chinese citizens and enterprises, as well as China's sovereignty, security and development interests. He hoped that the students would work hard to learn professional knowledge, win honor for the country in the field of law and other related fields in the future, and contribute more talents to the country's development and the progress of the times. 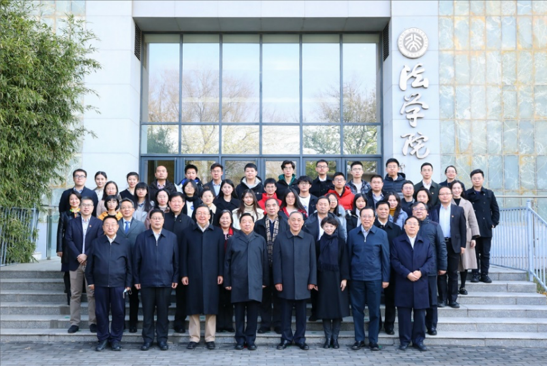