You are here： Home» News» Global» Under the Pandemic, What Will the EU Do?

Under the Pandemic, What Will the EU Do?

From 22 to 23 October 2020, Paul Craig, Global Chair of PKULS and Emeritus Law Professor of the University of Oxford, United Kingdom, gave two online lectures on the theme. "The European Union and the Global Pandemic". Peng Chun, Law Assistant Professor of PKULS presided over lectures. The lectures gave a detailed introduction to the EU's organizational structure, legal system and EU's measures to deal with the Covid-19 outbreak. Nearly one hundred teachers and students both inside and outside the university benefited from the lectures. 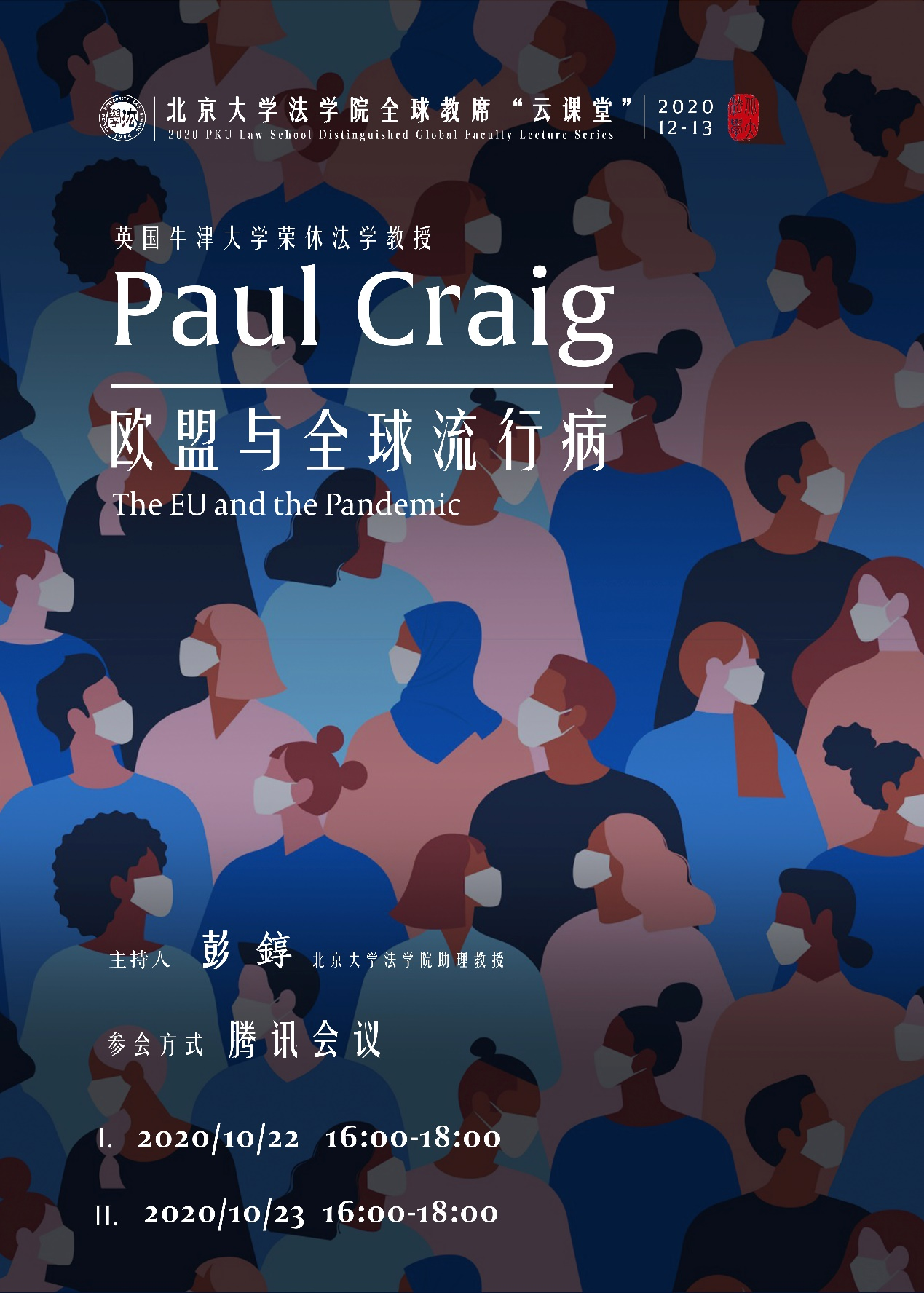 This news presents the core points of the lecture in the form of text records. 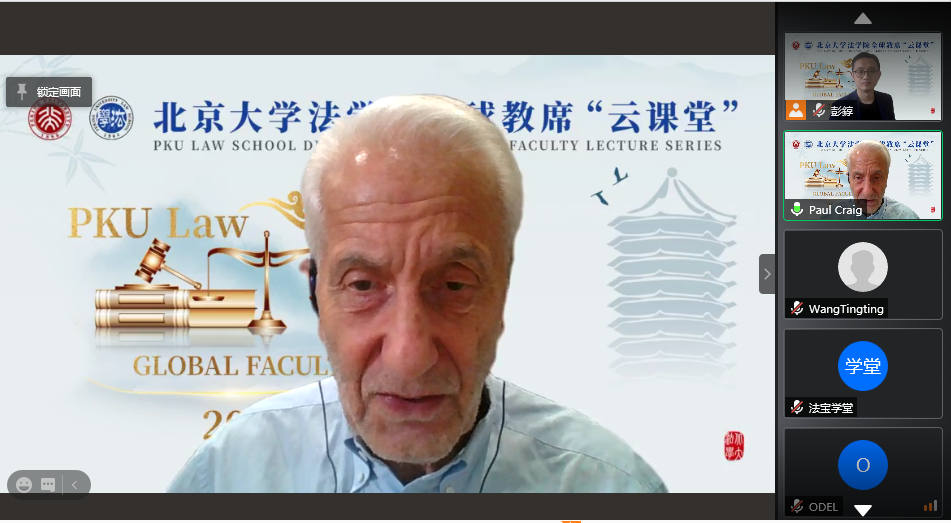 Question: How should we view Britain's "Brexit" and the "anti-globalization" problem reflected in Sino-US trade frictions?

Paul Craig：Progress has been made in negotiations between the UK and the EU, but differences remain. The "hard Brexit" would do even more harm to the UK than to the EU. And regarding to Sino-US trade frictions, some of Trump's actions are aimed at appealing to voters, but they also make US foreign policy isolated. 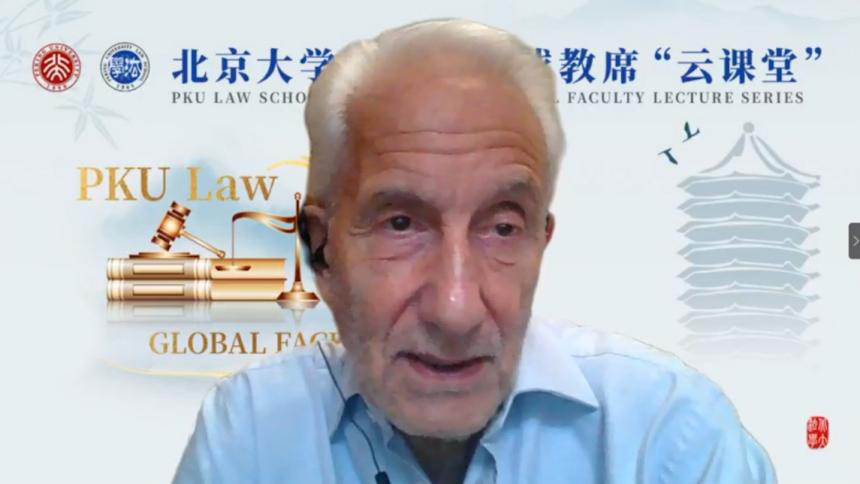 Paul Craig：The EU's actions are limited by its own authority. The epidemic has affected health, macroeconomic policy, free movement and many other areas. But the EU's authority in these areas is not the same, so is the intensity of the measures.

In terms of health, Articles 6 and 168 of the Treaty on the Functioning of the European Union provide that the EU is only to supplement, support and co-ordinate the actions of the member States. However, Article 4 (2) (11) also grants the EU shared competencies with its member States on "common security in public health". At present, the EU and its member States each allocate 3 billion euros to fund their health care systems, emergency aid projects and "Save Europe" projects, and to take measures to increase the production of personal protective equipment, and to coordinate the procurement plans of member states. In the future, the EU will invest EUR9.4 billion in crisis prevention and preparation, procurement of important drugs and equipment, etc., and strengthen its support for projects such as "Save Europe" and "European Horizon".

In terms of macroeconomic policy, There is a debate within the EU about how much economic aid can be provided to member states. There are two key factors: treaty provisions and political considerations. Articles 123 and 125 of the Treaty on the Functioning of the EU limit the capacity of the EU and its member States to act, and there is disagreement about the size of the EU's action. Eventually, the European Union Commission launched the Stability and Growth Pact's general exemptions, allowing member States to take steps to adequately respond to the crisis and to deviate from the usual budgetary requirements of the European fiscal framework, enabling governments to provide assistance.

In terms of free movement, March 16, 2020, the early stage of the epidemic, the European Commission and the Council of Europe imposed restrictions on unnecessary travel of persons from outside the EU into EU countries, and extended the ban due to the continued spread of the subsequent epidemic. Along with the improvement of the situation, on June 11, the European Commission advocated the resumption of domestic movement and lifting of border control. In fact, the EU has also adopted several measures, including the establishment of green channels, to a certain extent.

The question for further reflection is, does the Covid-19 crisis expose the lack of capacity of the EU? How to solve it? What impact may be brought about by the EU's new bonds, anti-epidemic funding and other related measures?

Question: How does the precautionary principle in EU law work?