Recently, as a member of the ninth batch of flood control and disaster relief youth commandos in Jiangxi Province, Huang Xianda, a 2018 doctoral student in Law School, went to Poyang Lake in Jiangxi Province to join the frontline flood control and disaster relief work. China Daily reported his flood prevention and disaster relief deeds in detail on July 24, 2020. Huang Xianda actively responded to the call of the Jiangxi Provincial Committee of the Communist Youth League and contribute to the youth power of Peking University legal professionals with practical actions. He used hard work and sweat to build a "youth dam" with young people from all over the world, showing the greatest example of students in Law School and fully illustrating the family and country feelings of the young people of Peking University who would never forget their original aspirations and bravely shoulder their mission.

Huang Xianda is a doctoral student, majoring in Constitution and Administrative Law in Peking University Law School. He is an outstanding graduate (master) in Beijing, and a national scholarship winner. He was selected in the third batch of legal interns of the Supreme People’s Court. He also participated in the mass parade on the 70th anniversary of the National Day, and together with nearly 3,000 faculties and students of Peking University, presented the best wishes for the 70th anniversary of the founding of the motherland in Tiananmen Square.

Li Shaohua (third from left), Commander-in-Chief, and Xiong Shaoyong (second from left), Captain of the Commando, visited the commandos

Since June, the flood in Jiangxi Province had been extremely severe, and all parts of the province had been affected by floods to varying degrees. In response to the call of the Jiangxi Provincial Committee of the Communist Youth League, Huang Xianda, working as an intern at the Jiangxi Dacheng State-owned Company, resolutely signed up for the youth commandos after learning of the severe situation of flood control and disaster relief, and rushed to the front line of Poyang Lake flood control.

In Huang Xianda's view, "seeking bitterness" does not only bring about boredom and torture, but the harvest and joy after hardship and sweat. No bitterness, no sweetness. 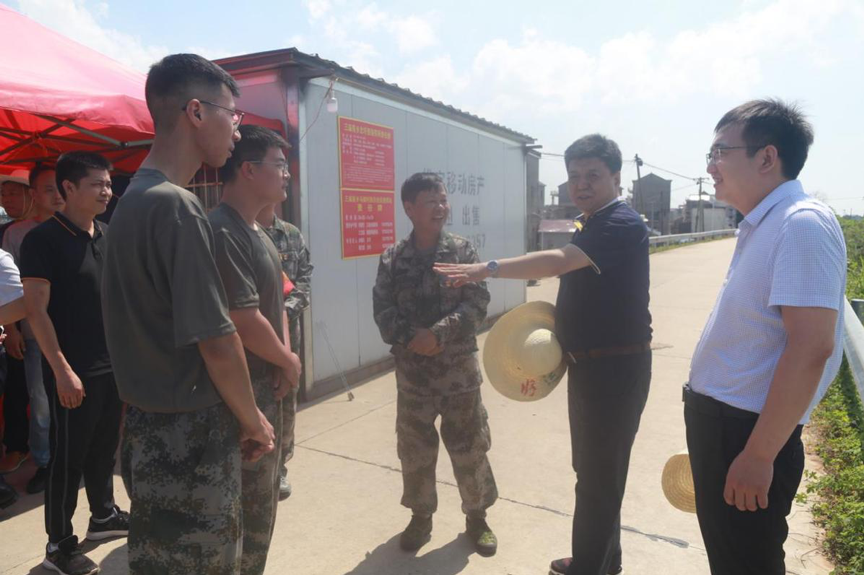 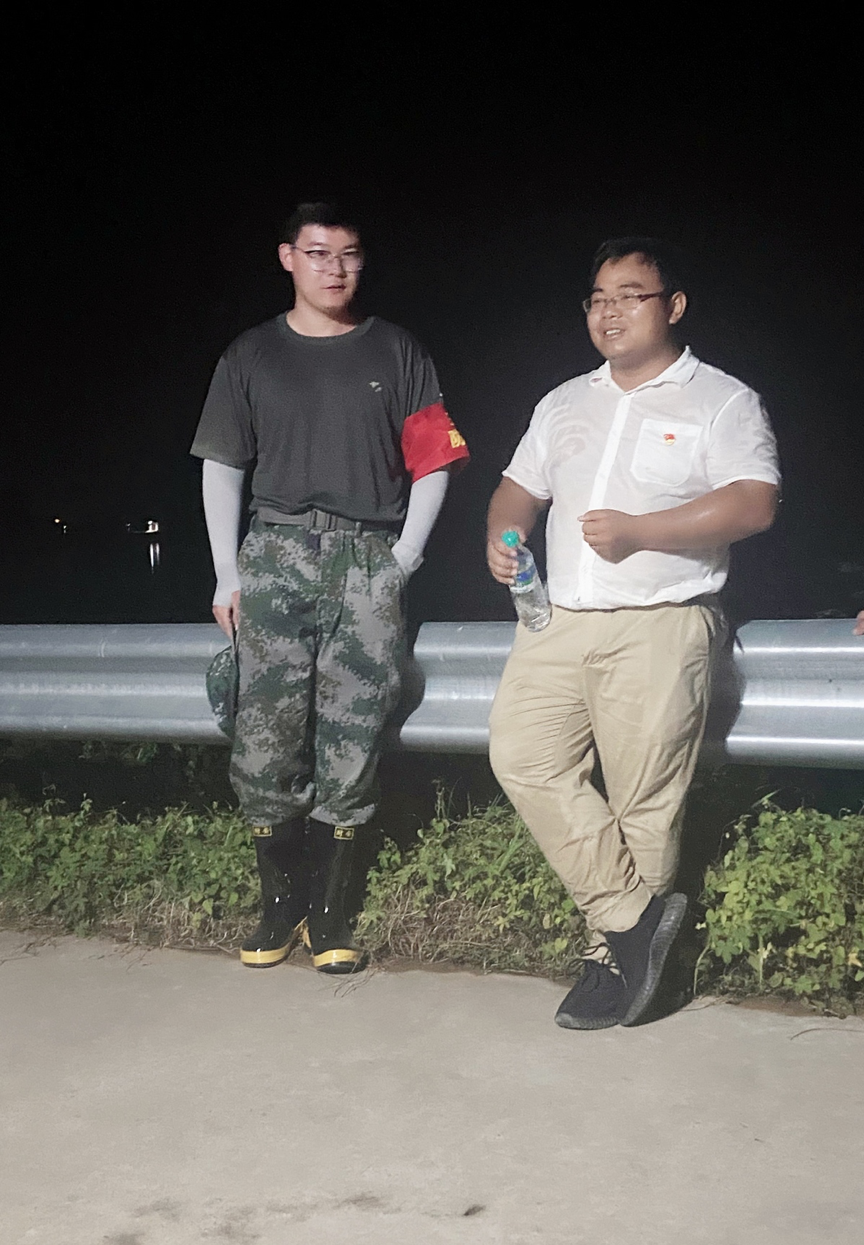 In Sanmiaoqian Town, Poyang County, in the flood control section of the three kilometers’ long levee of two villages of Madun and Donglang under the charge of Dacheng State-owned Company, Huang Xianda and his team members had witnessed the mornings and evenings by the Poyang Lake, rain or shine. From inspecting the levee with villagers, to communicating with the township cadres for advice, to reporting to the county leaders, every time he completed a task, he had gained new knowledge that he can never learn in the classroom or books. He realized the true meaning of an old adage - "Everything must be only done then been understood profoundly." Due to his outstanding work, Huang Xianda reported his work to Qi Hu, Minister of the Grassroots Construction Department of the Communist Youth League Central Committee, and was fully affirmed by Minister Qi. Huang Xianda (first from right), together with team members and local flood control officials, installed sand and gravel to block the spring

After each task of patrolling the levee, Huang Xianda also actively participated in the construction of the Party. The Youth Commando of Jiangxi Dacheng State-owned Company was the first one of the 13 institutions participating in the flood control and disaster relief commando to set up a Temporary Party Branch. As the backbone of the Party, Huang Xianda was elected as the organization committee member of the Temporary Party Branch to assist the Branch Secretary Xiong Shaoyong to carry out Party affairs, and paired up with other team members to share the experience and thoughts in the task, helping each other to make progress. The Temporary Party Branch would organize a review and summary meeting after each task, in which team members actively shared the interesting things and experiences in the process of patrolling the levee, and coupled back the difficulties encountered and suggestions for improvement. Everyone expressed their love for the Party and patriotism based on their own experience, and they often reluctantly left the meeting until late at night. In the process, many were deeply moved and submitted applications for joining the Party.

Huang Xianda said that as a contemporary young man, he must have the ambition to be hungry, to be concerned about the country and the people, and to love and serve the country and the people. Only by going deep into the masses, deep into society, and deep in practice can we become qualified builders and successors of the cause of socialism with Chinese characteristics.