You are here： Home» News» Global» PKULS went to Fuzhou, Fujian Province to carry out the "Rural Revitalization" ideological and political practice courses 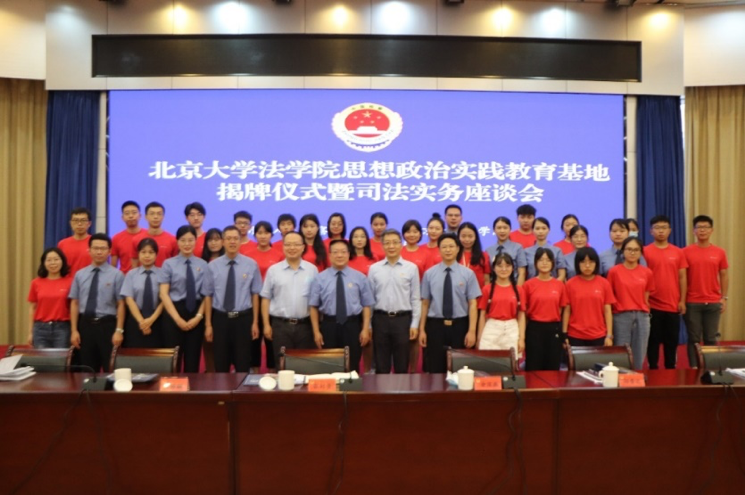 On December 5, 2019, PKULS and Fuzhou Financial Holding Group reached a joint construction intention to establish a "Peking University Law School Student Practice Base" in Fuzhou Financial Holdings, and signed a contract to jointly build a "Peking University Student Ideological and Political Practice Education Base”. During the investigation, the practice team came to the Fuzhou Financial Holdings Group and had discussions with Qin Fan, the Group's general manager and Peking University alumnus, and Lin Bin, deputy general manager, and other company executives. Jiang Haihang, assistant general manager of the Group, Zhang Yongzhi, general manager of Green Finance (Fuzhou) Investment Management Co., Ltd., and Lin Shanbo, deputy general manager of Green Finance (Fuzhou) Investment Management Co., Ltd., introduced to the teachers and students of the PKULS that the measures to assist the rural revitalization strategy taken by the Group. After the meeting, Qin Fan and Guo Li jointly unveiled the ideological and political practice base. 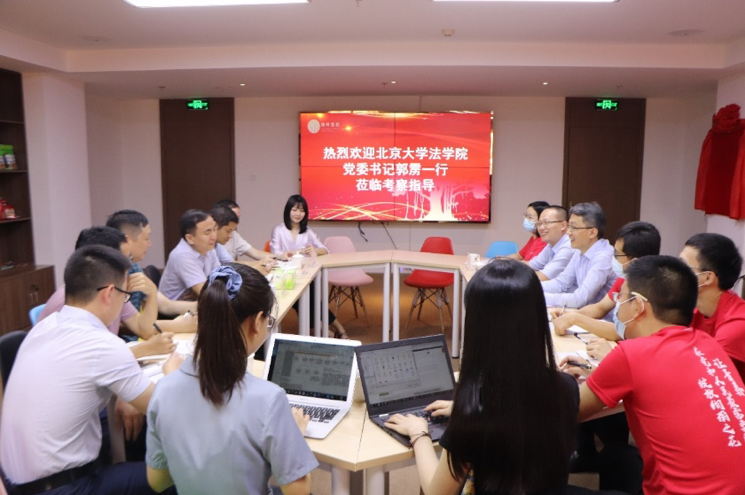 Nanyu Town Shuanglong Village is a typical example of the high-tech zone accelerating rural revitalization in accordance with local conditions. On August 19th, the practice team came here, and the village leaders welcomed everyone warmly. In recent years, with the strong support of the High-tech Zone and Nanyu Town, Shuanglong Village has made full use of natural resources, attracted mineral water enterprises to invest in the construction of factories, and developed the tourism industry according to local conditions. This not only solved the employment problem for dozens of people, but also increased the number of people in the village every year. A fiscal revenue of more than 100,000 yuan. In addition, Shuanglong also completed house repairs for 26 households with 8,300 square meters, and roof renovations for 27 households with 3,400 square meters. The living environment of the villagers was greatly improved. 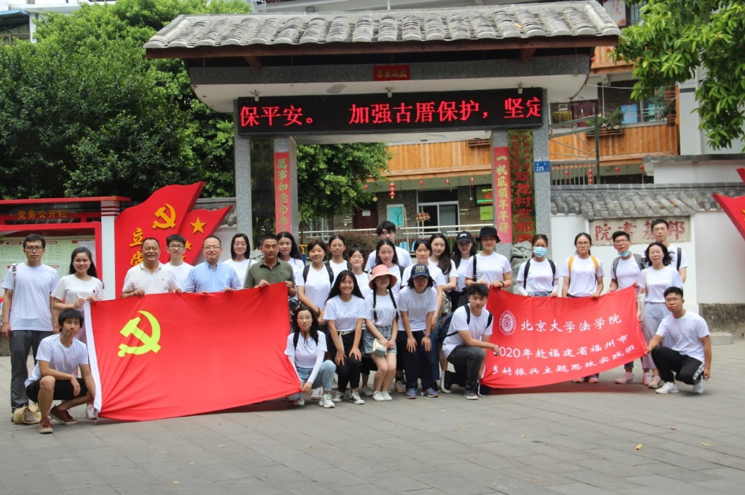 Afterwards, the practice team visited the production base of Fujian Runhe Mineral Water Co., Ltd. in Shuanglong Village. The technician introduced the company profile in detail. In recent years, the company has introduced advanced production equipment. The factory in Shuanglong Village can collect more than 3,000 tons of high-quality mineral water every year, which is exported to Beijing, Shanghai and other cities. 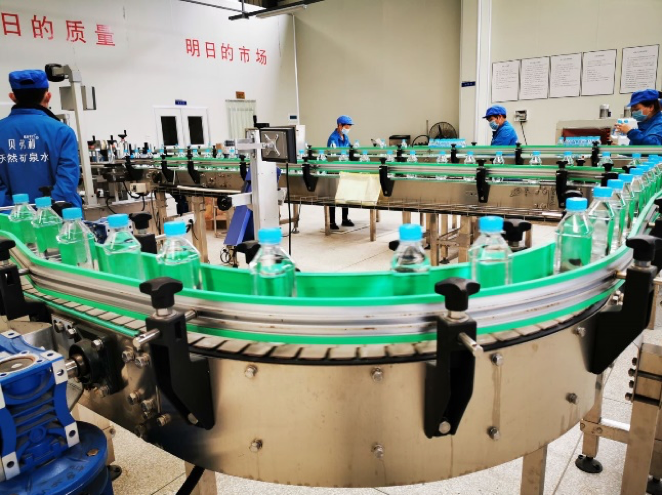 Subsequently, the practice team came to Chang'an Village for investigation. Chang'an Village actively promotes the implementation of the rural revitalization strategy and has won many honors. Village officials introduced that the "tourism + agriculture" has effectively promoted the increase of farmers' income and rural development, and more and more people have enjoyed the benefits of tourism development. In terms of the environment, Chang'an Village has carried out garbage disposal, road hardening, clearing of river silt, etc., and built a number of parks to give the whole village a new look. In terms of people's livelihood, Chang'an Village has established a medical care center. Elderly people over 60 years old in the village can not only enjoy a high percentage of reimbursement, but also apply for large subsidies. 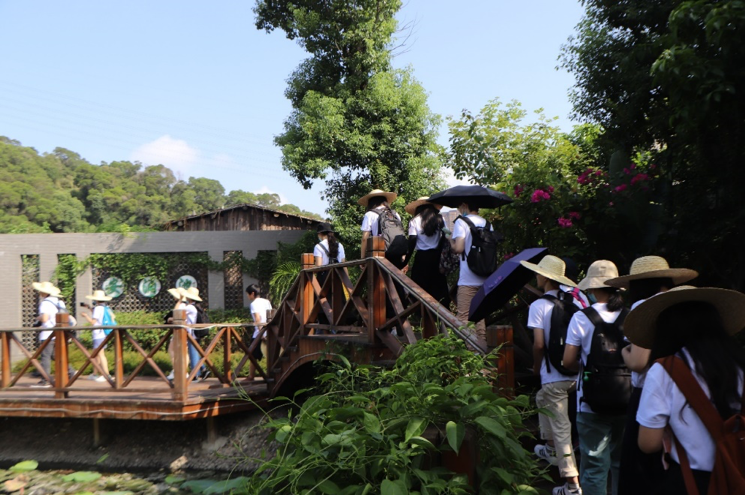 There are 1,026 households in Yubei Village, among which there are more than 800 overseas folks and entrepreneurs. In Yubei Village, overseas folks and entrepreneurs donated money to support the construction of their hometown, and received positive responses. A total of more than 10 million yuan was donated for the construction of water pipelines, road upgrades, and street lights. Yubei Village has a large area of farmland and has established a fruit and vegetable base, which not only brings more than 100,000 yuan income to the village every year, but also solves the employment problem in the village. 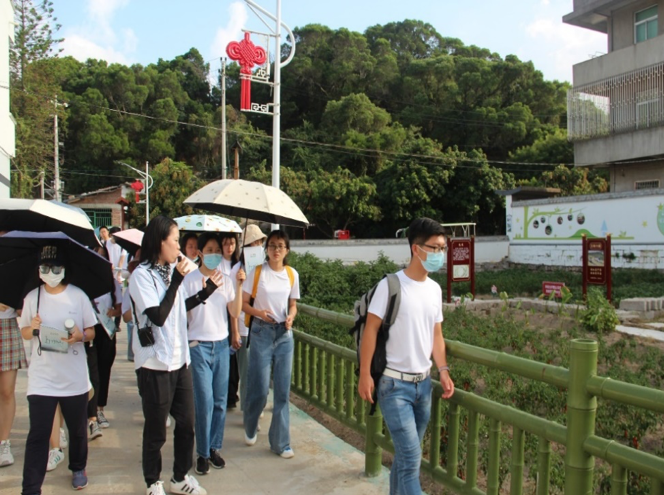 In order to understand the work of the grassroots courts, the practice team went to the Nanyu People's Court of Minhou County People's Court. The president of the Nanyu People’s Court led the practice team to visit the court, the litigation service center and the judge's office. The Nanyu People’s Court currently has 3 judges. The judges, assistant judges and clerks are arranged in equal proportions, and they hear nearly 600 cases each year. In accordance with the unified deployment of the Provincial Higher People's Court, the court installed trial live broadcast equipment to realize online live broadcast. During the visit, the students and the judge had in-depth exchanges. During the practice period, the practice group organized study and visit activities to guide students to comprehend the spirit of the general secretary's reply, and continuously improve their knowledge and work ability.

The Fuzhou Wuyi Square National Flag Guard is the only fire rescue team in the country that undertakes the task of raising and lowering the national flag in the central square of the provincial capital. They also undertake the fire rescue work in Fuzhou. At sunset, the students watched the flag-lowering ceremony and experienced solemnity and majesty of the national flag. The five buildings of Chen's in Luozhou Ancient Town is a provincial-level cultural protection unit, and it is also our school's ideological and political practice base. During the visit, the students were deeply moved by the patriotism shown by members of the Chen family including Professor Chen Daisun of PKU. The jasmine tea technique is a national intangible cultural heritage. In Fujian Chunlun Group, the traditional craftsmanship of Fuzhou jasmine tea made students appreciate the unique charm of Fujian traditional tea culture. 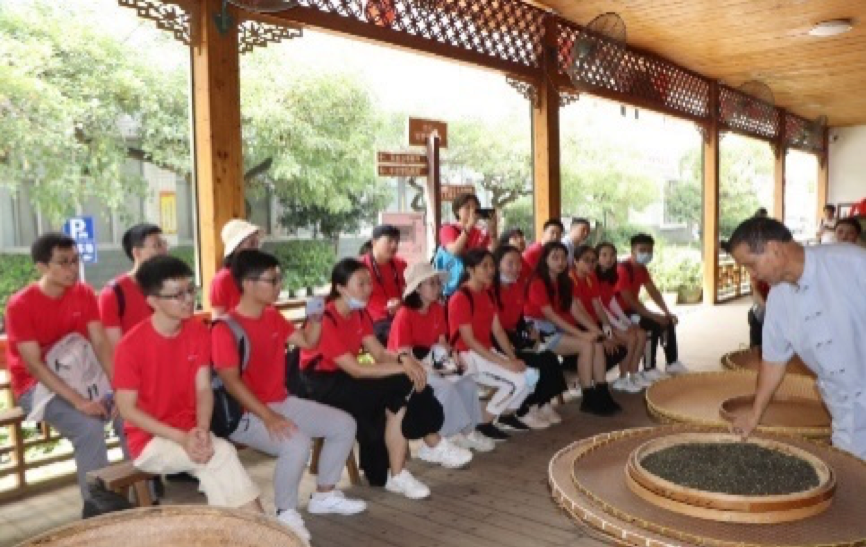 The practice team held summary meeting at Huafu National Investor Education Base on the afternoon of the 20th. At the meeting, teachers and students spoke freely, shared what they saw and heard from the Fuzhou survey, analyzed the key points and difficulties of rural revitalization strategy, and assigned the task of writing the summary report. In his concluding speech, Shishi encouraged students to actively think about how to shoulder the historical mission given by the times and continue to carry forward the spirit of patriotism. 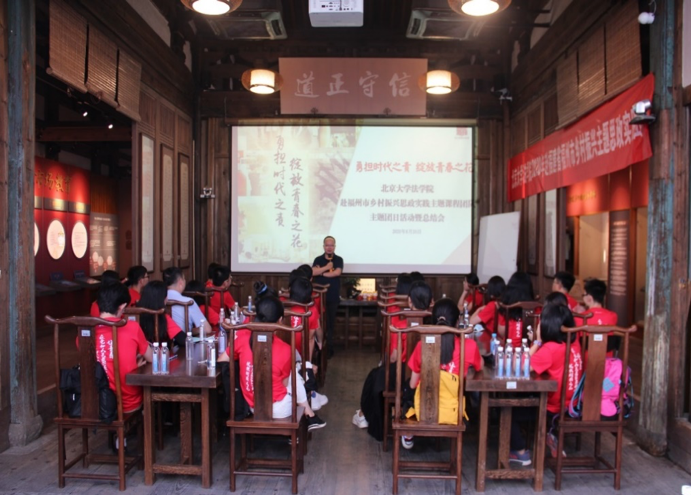 The one-week investigation enabled all members of the practice group to grasp the status of the implementation of Fuzhou’s rural revitalization strategy in recent years, grasp the mental process of the transition from young students to young leaders and young entrepreneurs, and to realize that they may encounter problems and difficulties in governance. The students all expressed that they cherish this offline practice opportunity very much, and take this ideological and political practice as an opportunity to actively link their own growth and personal choices with the overall situation of the party and the country.

This ideological and political practice let me have a deeper understanding of the relationship between urban and rural areas, I have not had much contact with the countryside before, think that the countryside is dirty and mess, in this practice I visited a lot of villages have good environmental governance. However, the city where I live is often lacking in city governance, which let me understand that the city has never been the upper position of the countryside.

In Fuzhou, we take the rural revitalization strategy as the theme. We shuttle between the city and the countryside. The three days of travel gave me a deep understanding of the relationship between ideal and reality. Whether they are front-line prosecutors or seniors who work at the grassroots level, when they go deep into the realities at the grassroots level, they will find that dealing with the masses cannot rely onlyon ideal legal thinking, but should rely on feelings. The Chang'an Village, Shuanglong Village, and Yubei Village that we visited have adapted measures to improve their economic condition, and eventually become "ideal villages"; however, we still need to recognize the reality that the vast rural areas are still poor and backward, and through continuous efforts, and finally realize rural revitalization.

It is a blessing to come to Fuzhou and participate in ideological and political practice activities. At the Municipal Procuratorate Forum, I recognized the important role played by grassroots cadres in rural revitalization; at the Fuzhou Financial Holding Group, I learned about the contribution of state-owned enterprises to rural development. In the course of the beautiful villages such as Chang'an Village and Yubei Village, I have seen the efforts made by local villagers. The three days of ideological and political practice made me feel the bright prospects of rural revitalization, and also made me realize that the development of rural areas depend on the joint efforts of the whole society. The countryside is a promising world, and it should also be a place where our youth can use their powers.

Senior students with great courage volunteered to take part in the grassroots to build help the development of the village. With a spirit of dedication, they have solved one problem after another in the revitalization of the countryside and made many achievements. The construction of the beautiful countryside is actually achieved by the continuous struggle of outstanding party members working in the grassroots. I think they are great, because they choose this job not only for money, but also because of responsibility.