On the afternoon of September 14 and 16, Lectures "Modern Challenges of Criminal Law " was held successfully online. The Lectures were delivered by Prof. Eric Hilgendorf from University of Würzburg, global Chair of Peking University Law School. The Lectures were hosted by Prof. Jiang Su from PKULS while Prof. Liang Genlin from PKULS and Assistant Professor Wang Huawei from PKULS were the guests. The lectures attracted more than 200 teachers and students in and out of the school and received a warm response. 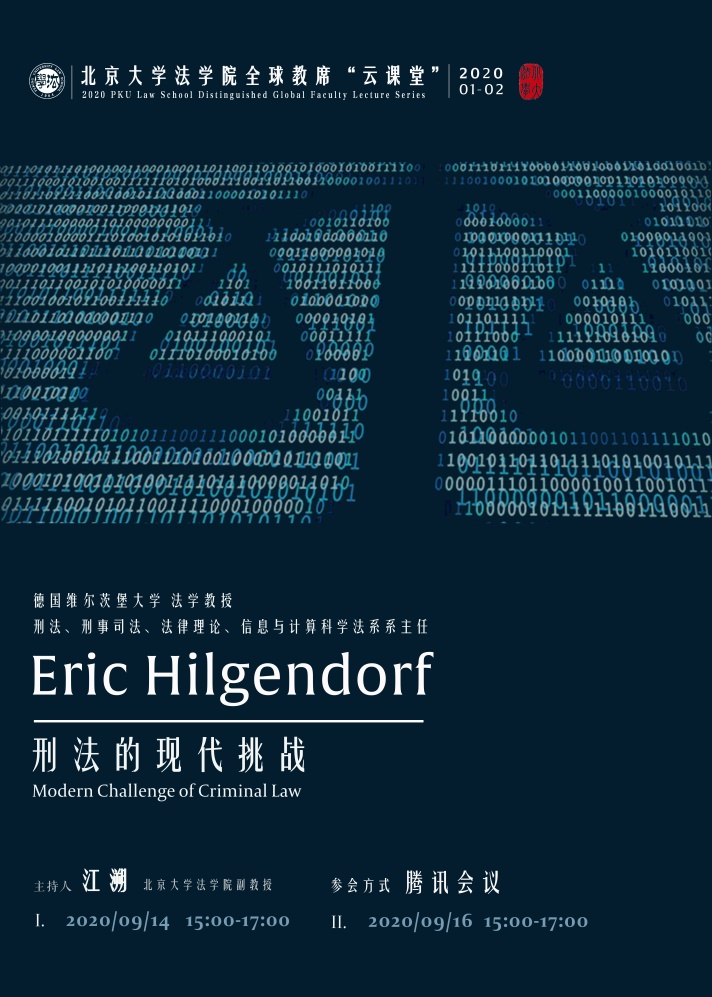 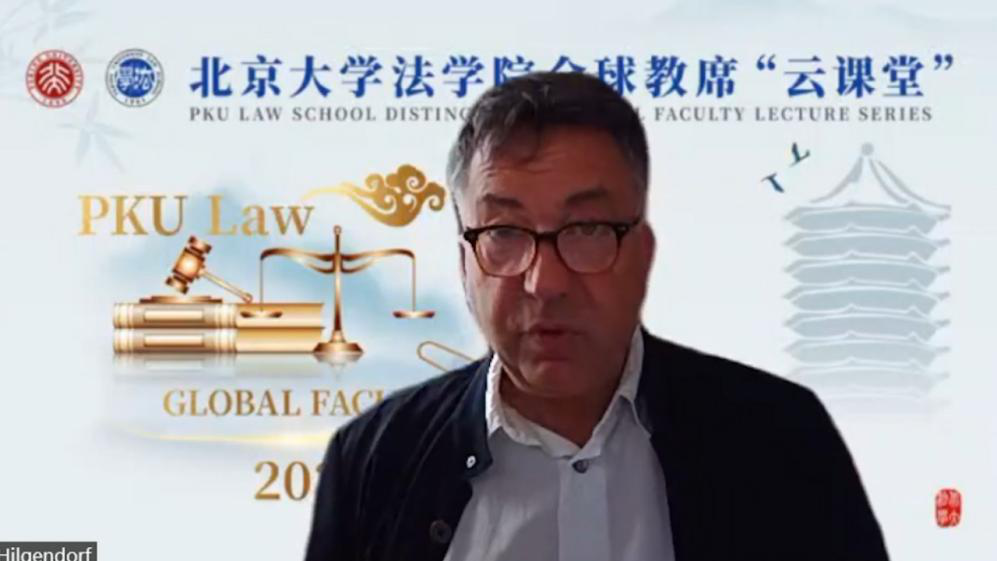 Prof. Jiang Su said that Internationalization has indeed become the trend of the development of criminal jurisprudence. In fact, German criminal law is getting more and more attention in China. Not only scholars, but also many judges, prosecutors and other practitioners of basic courts have dabbled in German criminal law theory. Prof. Eric Hilgendorf's proposal on "The integration of criminal Law with criminal Procedure Law, criminology and other courses" coincides with Prof. Chu Huaizhi's ideas on issues related to the challenges faced by the internationalization of criminal law. Now, the Chinese government is addressing the shortage of funds for talent exchanges by, among other things, providing state aid. 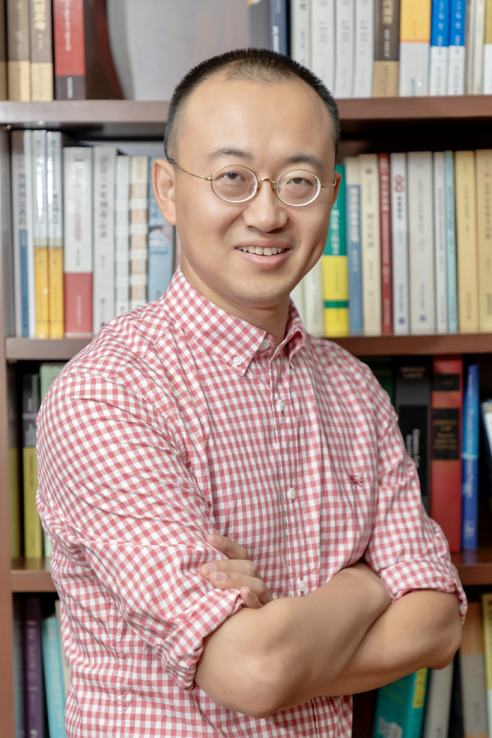 Prof. Liang Genlin pointed out that what the Prof. Eric Hilgendorf talks about is the actual criminal law based on the domestic law, and we always think that the criminal law has the national character and the national character in the tradition. In fact, as long as the civilized society has some common value recognition, and the process of globalization also makes the problems and challenges that the criminal law of various countries need to face more similar, all these factors promote the internationalization process of criminal law.

Assistant Professor Wang Huawei then asked the question that although the internationalization of criminal law is indeed a trend, the independence of criminal law in various countries is equally important. Especially when it comes to new types of problems such as cybercrime, there may be no other places to go. At this time, countries need to combine local experience to explore. What impact has the new International Criminal law had on the German criminal law? 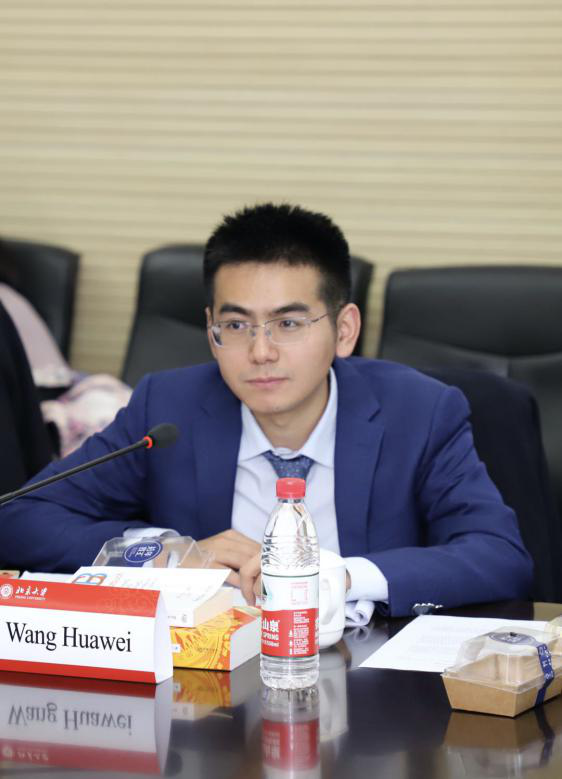 Prof. Eric Hilgendorf said that the internationalization of criminal jurisprudence is mainly reflected in its general principles, which are destined to be full of national characteristics and show stronger regional and national characteristics. As for the new type of problems, the criminal jurisprudence of different countries may learn from each other, so Germany, the "big exporter" of the criminal law theory, is likely to become the "big importer" in the future.

Under the guidance of the goal of building a world-class law school, Peking University Law School attaches great importance to the construction of high-level international faculty, and dedicates itself to creating a global "cloud classroom" activity, aiming to expand and enrich the field and connotation of the school's international exchanges. In the next three months, the global "Cloud Classroom" of Peking University Law School in 2020 will continue to build a cloud bridge of knowledge and bring more academic feast for teachers and students inside and outside the school.