On the morning of June 19th, "Party Flag Waving·Building a Red Firewall" , the first micro-party lesson of the party organization in colleges and universities, under the guidance of the Department of Ideological and Political Work of the Ministry of Education, has opened. Wu Chao, a doctor from Peking University Third Hospital, who has been part of Hubei Medical Team, Qiu Shuiping, Party Secretary of Peking University, participated in the lecture. Law school mobilizes, organizes party members and young students from all over the world to watch the live broadcast of micro-party lesson, and at the critical period of the current epidemic prevention and control work, seizes educational opportunities, makes good use of ideological and political resources, and let the spirit of the party impact through the whole process of the epidemic prevention and education, and it will gather strength for the law school students to stick to anti-epidemic work. 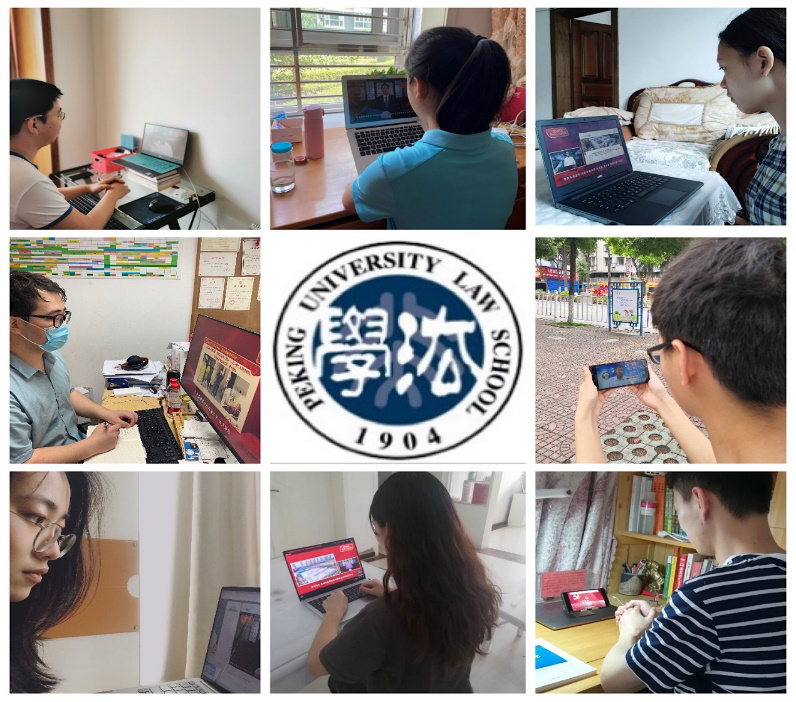 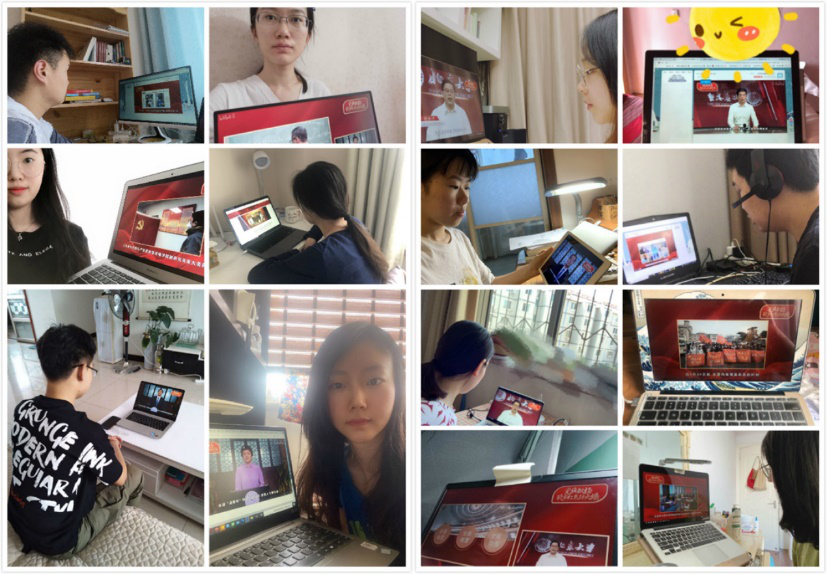 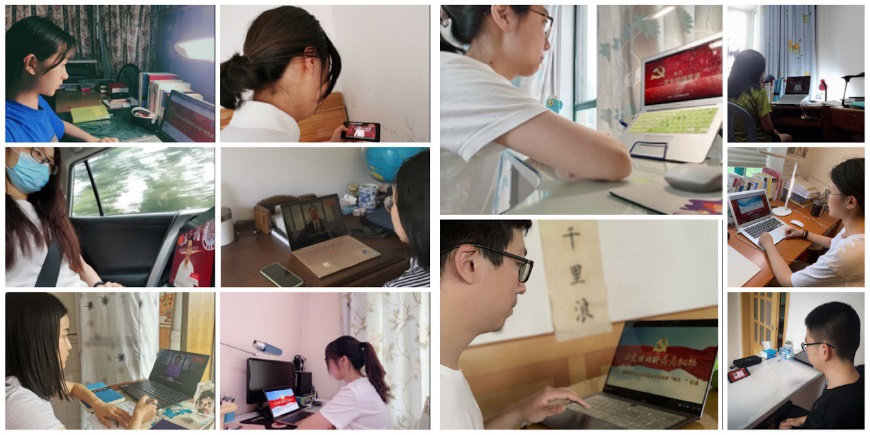 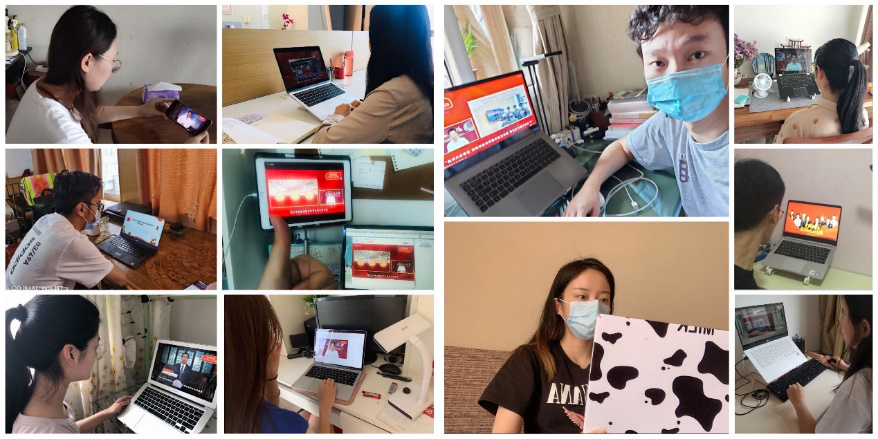 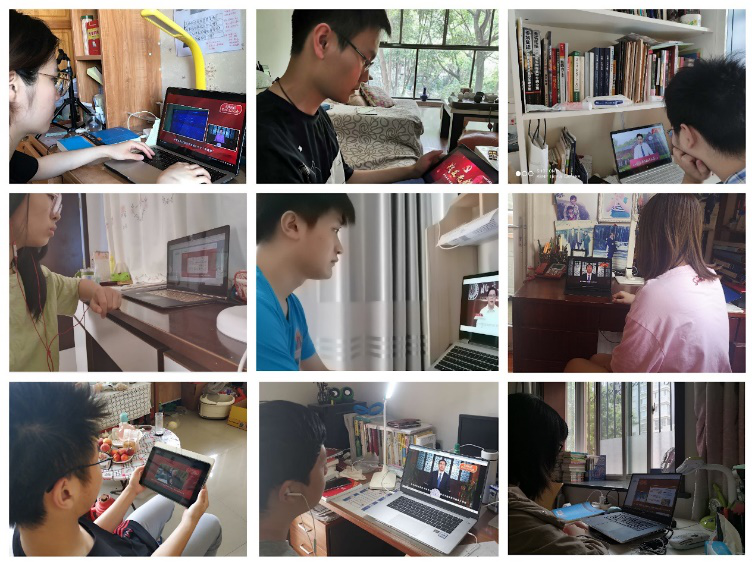 In this micro-party class, I am most impressed by the post-90s youths participating in Peking University medical team to support Wuhan. Secretary Qiu introduced: "Peking University Medical Team is a young team, the proportion of'post-90s' is as high as 48%". Teacher Wu also introduced the story of receiving the reply from the general secretary, which made me very moved. As a "post-90s" youth, I am also very encouraged. I hope that I can use my little strength to inherit the spirit of anti-epidemic, the spirit of the May Fourth Movement, promote the youthful strength of Peking University youth, and further strengthen the lofty ideals. I will keep to careful and down-to-earth competence in the profession, like the role models, take responsibility at somewhere the country needs.

During this special period, I benefited a lot from this party lesson, and I was deeply moved. The situation of epidemic prevention and control is still complicated, and we must not relax it for a moment. As a graduate from Hubei, witnessing these heart-warming measures, I am very grateful to the schools and colleges, I believe we will be able to achieve the final victory of the epidemic prevention.

Since the outbreak of the epidemic, my deepest feeling is the increased confidence in the socialist system with Chinese characteristics in international comparisons. As Secretary Qiu Shuiping said in this micro-party lesson, our party has always adhered to protecting the safety of the people’s lives and property as its primary goal, and under the system advantage of “focusing on power to do major things”, we have insisted on a national chess game, centralized use of resources, and sufficient mobilizing the polarities of all parties, showing a strong organization and mobilization ability, and achieving staged important results in the fight against COVID-19. In the prevention and control of COVID-19, the teachers and students of Peking University watched and helped each other to build a great wall of epidemic prevention, and many advanced models emerged. There are also many young students who have walked out of their homes and come to the community, streets, online and offline to participate in various voluntary services when the epidemic situation is most severe. As a member of the Youth Party and Youth League, we should deeply understand Chinese characteristics in international comparisons, establish four consciousnesses, adhere to four self-confidences, and cultivate "ren" through ideological hardening, political experience, and practical training, thrives into a pillar of talent needed by the party and the people.

In this micro-party study, I realized the leadership advantages and institutional advantages of our country in the anti-epidemic work. "Life is more important than Mount Tai. The epidemic situation is the order, prevention and control is  responsibility." The tangible action demonstrates our party's people's feelings and reflects the political ethics our party believes in. On the front line, who is not afraid or tired? But in the fight against the epidemic, the Communists have fulfilled their original intentions and missions. As active members of the party, we should learn from the advanced party members and models. We must have ideals, skills, and responsibilities, inheriting "the world rises and falls, everyone is responsible" .

What impressed me the most in the lesson watched today is the "post-90s" youth anti-epidemic work described by Wu Chao, the secretary of the second temporary party branch of the Peking University Third Hospital's national medical team for anti-epidemic story. Among the 42,000 medical staff in various provinces across the country, there are 12,000 "post-90s". Among them, the youngest member of Peking University Medical Team Liu Jinpeng is only 23 years old. Although he is the youngest, he has the longest working hours and the most physical work. At the forefront of the charge, he and his young teammates entered the isolation ward as the first batch of doctors to treat critically ill patients. Anti-epidemic youths are courageous and have nothing to do with age. As members of the Youth Party, we must also take the love of the motherland as our foundation for success, consciously accept ideological refinement, political experience, and practical training, and have responsibilities that have nothing to do with age.