On the evening of March 22, the teachers and students of the Squadron 33 of mass parade on the 70th anniversary day of the National Day held an online Squadron Appraisal Conference on the theme of "Rallying Youth Forces to Fight the Epidemic". They jointly studied the spirit of two replies sent by General Secretary Xi Jinping to clinical medical students of Tibet University who are interning at Shougang Hospital and all post-90s Party members of the Medical Team of Beijing University's Medical Aid Team to Hubei Province. The captain of the 33 squadron and the secretary of the Youth League Committee of the Law School Shishi participated in the activity . At the meeting, Han Zheng, a student in Hubei Province, told his own anti-epidemic story and expressed his sincere gratitude and admiration to the people of the whole country, especially medical workers, for their concerted support for Hubei Province. 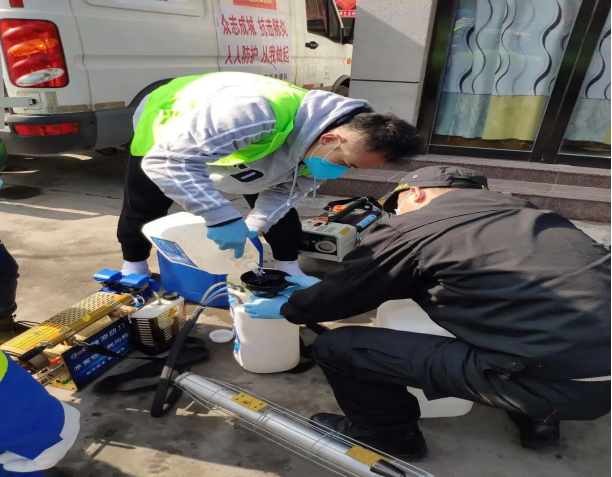 Lu Sentong, who had studied abroad, shared his observations and reflections on the epidemic prevention work of foreign countries, which further strengthened the students' confidence in the system and the great power in China's active role in the global epidemic prevention and control.

Zhou Youneng, as a graduating student, shared his experiences in completing graduation thesis and job hunting during the epidemic prevention period, and put forward rational suggestions on relevant issues.

Yin Ziyou told us about his sense of responsibility and honor from the National Day event to epidemic prevention and control, and sang the original campus song "Spring Is Not Too Far Away" online, which aroused the praise from the audience. 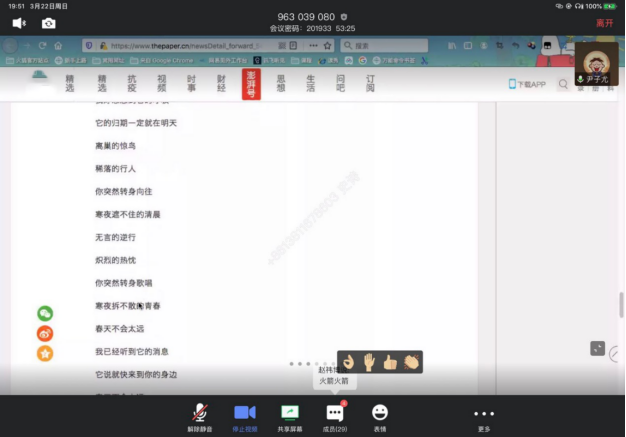 Du Qingliu, An Zhongjian, Shi Xiaoqi, Peng Ziyue and other squadrons of students also talked about their feelings about online learning and home life during the period of epidemic prevention.They said that they would start from the small things around them, improve themselves by sticking to them, increase their skills in practice, and integrate the growth and progress of individual ego into the great ego of the country and the people.

Finally, the meeting reviewed the classic images of the Peking University's "Soul Cast" square passing through Tian'anmen Square on October 1 last year, and the discussion session ended with the familiar melody of "Building a Chinese Dream Together". 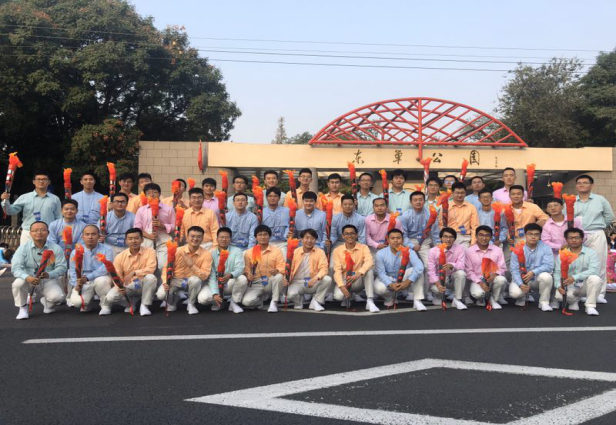 The symposium is a unique team building experience created and continued by Peking University Mass March square. The 70th anniversary of the National Day has left a lot of valuable resources for PKU students' ideological and political work. Law School has always attached great importance to the in-depth exploration of the 70th anniversary of the National Day activities and participation in the construction of student backbone team cohesion. From the national celebration to the fight against the epidemic, the youth of struggle and devotion has always inspired the "post-90s" and "post-00s" of Peking University students.