As an integral part of students' comprehensive quality training and campus culture construction, the Law School has long been committed to promoting "The Second Class of Young Legal Talents Program". In 2019, the Law School closely focused on the goal of cultivating students’ morality and strengthened the collaborative and innovative development of all aspects of talent training. It is based on the characteristics of the department and the needs of youth in the new era. A platform for ideological and political practice has been built to promote practical education. The Law School has made an achievement in various student work both inside and outside the school.

In 2019, teachers and students of PKULS actively participated in various major national activities. Which is worth mentioning is that 166 teachers and students participated in the 70th anniversary of the National Day celebration parade "Cohesion and Spirit Molding" square array which included chorus and voluntary services. The outstanding performance of them has won honor for the school. During the 70th anniversary of National Day, a total of 22 law school students submitted applications to join the party. 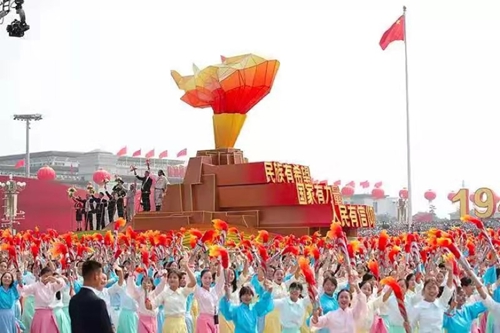 group photo of the celebration parade 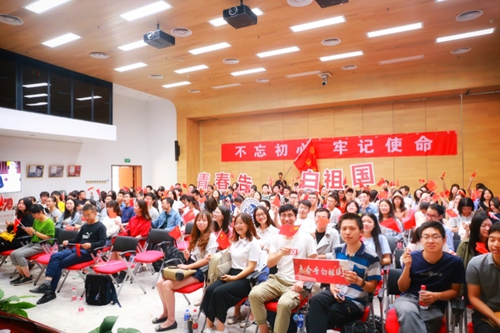 watch the live aerial broadcast of the celebration parade 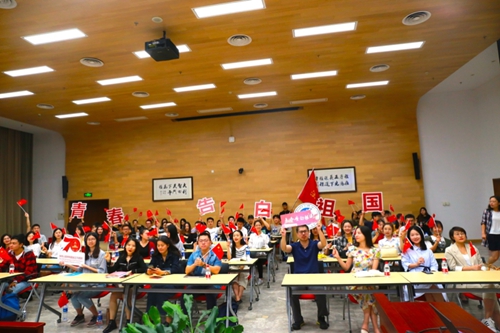 watch the live aerial broadcast of the celebration parade

Besides, more than 30 students dedicated themselves to volunteering for major national-level events. Based on what they learned, they excelled at the volunteering of Beijing 2022 Winter Olympics, the Second Belt and Road International Cooperation Summit Forum, the Asian Civilization Dialogue Conference and the Beijing World Horticultural Exposition. 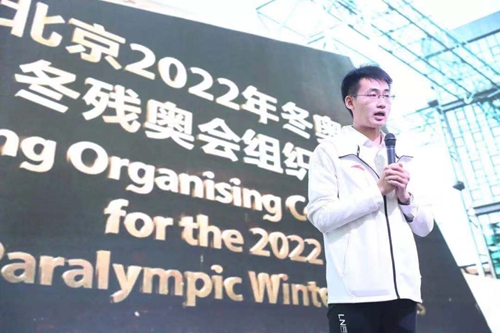 PKULS united resources from all walks of life in society and jointly organized the theme group day activities with the New Fourth Army Military Site Exhibition Hall, China International Technology and Intellectual Cooperation Co. Which integrated the red stories and red spirit into the theme group day with an innovative form. 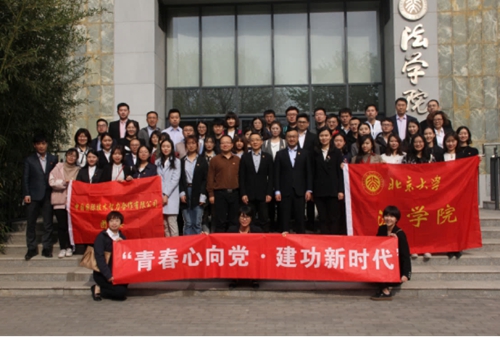 On April 4th, 2019, the Youth League Committee of PKULS held a special theme group day event, in which the Party Secretary Guo Li was invited to give a lecture. He refered to Zou Bihua, a "lightman of the rule of law", who played an exemplary role in leading  the League members to follow the Party. Qi Hu, the Communist Youth League's Central Grassroots Construction Department minister, and Chen Baojian, Party Committee member and Vice President of Peking University, also provided on-site guidance. political and social practice in 2019

According to the general requirements of the school's ideological and political practice curriculum plan, PKULS closely combined professional characteristics with present era hot topics, national strategy and social needs, Which also signed a cooperation agreement or reached an intention to cooperate in the construction of the ideological and political practice education base with the Inner Mongolia Higher People's Court , Hebei Province. The Publicity Department of the North County Party Committee, Hulunbuir Intermediate People's Court, Yan'an Intermediate People's Court, Fuzhou People's Procuratorate, Guangzhou Fabao Technology Co., Ltd. and Fuzhou Financial Holding Co., Ltd., etc. Besides, a "Youth Confession to the Motherland" practice group  was organized to carry out ideological and political practice courses from October 1st to 7th in Shenzhen. 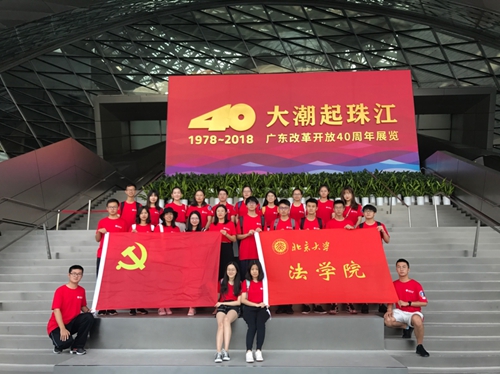 In January 2019, PKULS organized a social practice activity on the theme of “walking 2019—being realistic and acting as a legal talent”. Several winter vacation practice groups’ footprints have spread across more than half of China. They made the most of the chance to explore reform theoretical knowledge and deepen the awareness of current state of domestic development. 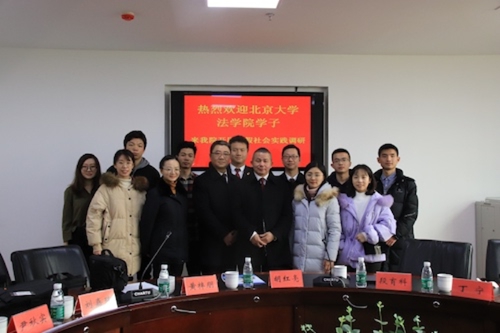 From June to August of 2019, five practice teams consisting of more than 70 student cadres and League members were sent to Beijing, Hebei, Qingdao, Fujian, Shenzhen and other places to carry out social practice activities on the theme of "initial understanding," "public welfare education", "Road to Reform", "law-based governance"and "Regional Development".Owing to the excellent activities, PKULS won the Outstanding Organization Award of the "Practice Plan". Mr. Shi won the Outstanding Instructor Award in the mean time. In addition，the Legal Aid Association which went to Qingdao won the first prize of the Outstanding Practice Team. 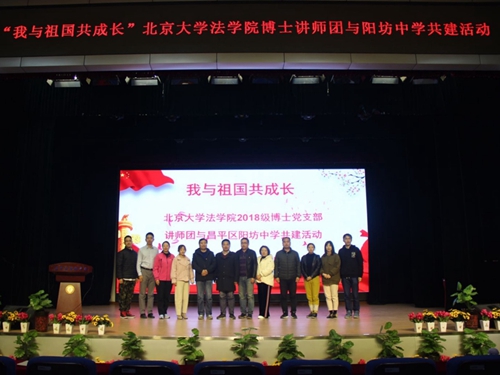 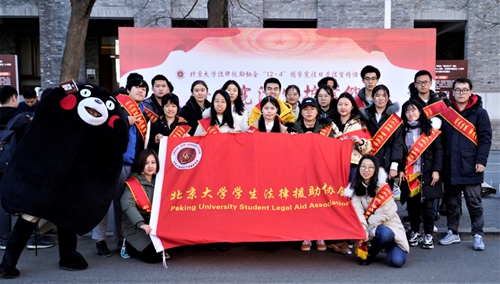 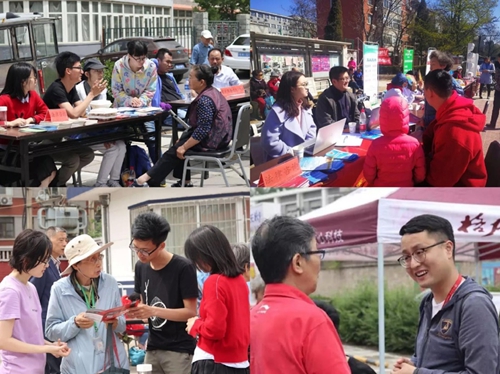 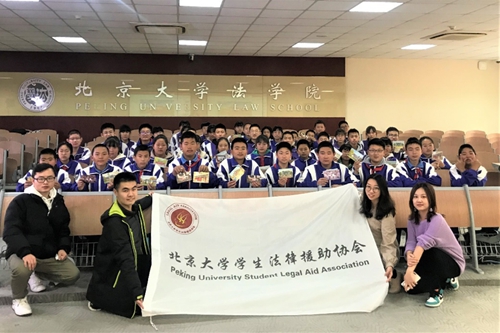 In 2019, PKULS actively encouraged students to participate in various academic competitions, such as the Challenge Cup. In the twenty-seventh "Challenge Cup" series competitions of Peking University, PKULS won the second prize of the group "Winning Cup", which is one of the few award-winning departments in the humanities and social sciences. "Research on the Protection of Personal Information in the Era of Data Economy: An Empirical Investigation and Analysis Based on Multiple Perspectives", completed by Xu Meiling, Xu Zimiao, Wang Zejun, Yang Shuhao and Jiang Yanru, won the second prize of the undergraduate group of the May Fourth Youth Science Award Competition. In addition to that, "Research on the Legal Relations and Responsibility of the Internet Catering Industry" by Yu Ruiqi, Zhao Peng, Du Xinyi and Yue Fang also won the same award. Besides, there are three third-prize entries in the same competition, a second-prize entry and three third-prize entries in the interdisciplinary extracurricular academic science and technology competition and an excellent work in the special contribution award competition. 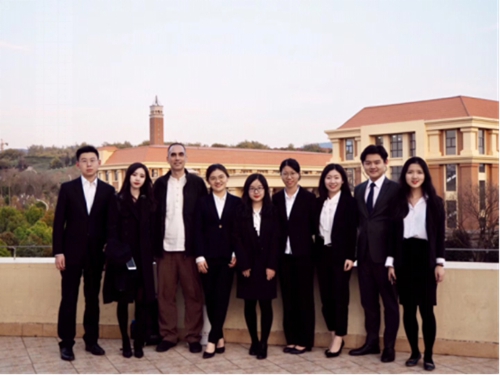 From March 6th to 9th, the 17th Asia-Pacific Red Cross International Humanitarian Law Moot Court Competition was held in Hong Kong. The Peking University team composed of Su Shirui, grade 2016 of undergraduate school, Jin Yuanyuan and Jiang Wanghao, grade 2017 of undergraduate school, stood out among 24 participating teams, and won the championship, which achieved the best results since the participation of universities in mainland China. 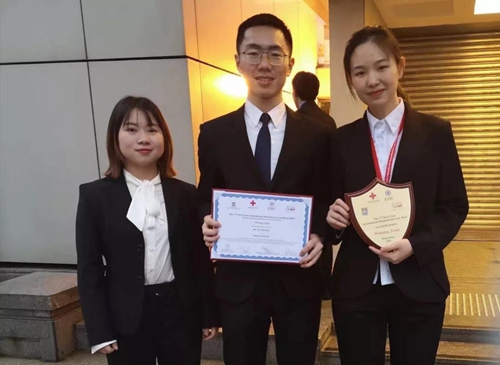 In the seventeenth CIETAC International Commercial Moot Arbitration Tribunal on November 22, the PKULS team stood out from 64 participating teams and won the championship. Ouyang Jie, Dong Yan and Sun Xiaoha won the title of "Best Debater" in the finals, semifinals and quarterfinals respectively. 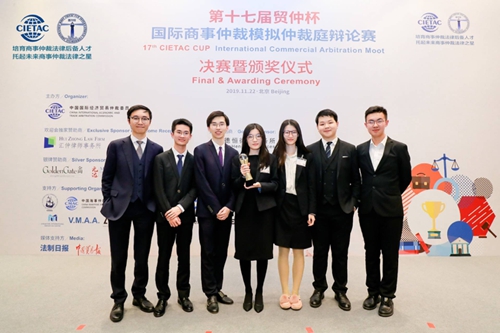 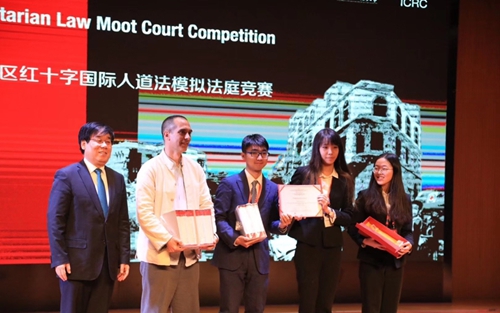 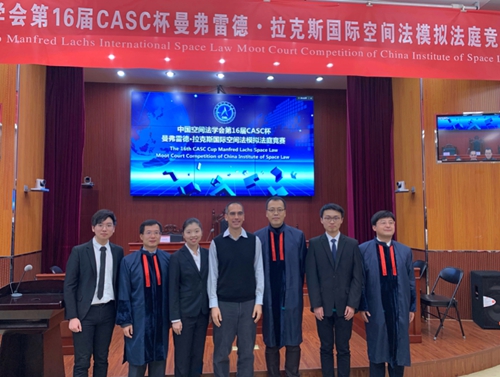 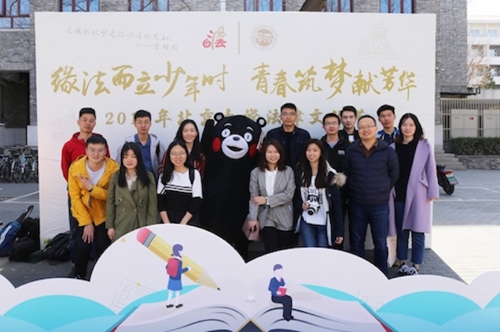 After nearly two months of rehearsal and careful preparation, teachers and students of PKULW performed two songs "Dedication" and "Don't Forget the Original Intention "successively in Peking University's 2019 freshman Philharmonic Project, commemorating the 84th anniversary of the "12.9" movement and celebrating the 70th anniversary of the founding of the People's Republic of China. 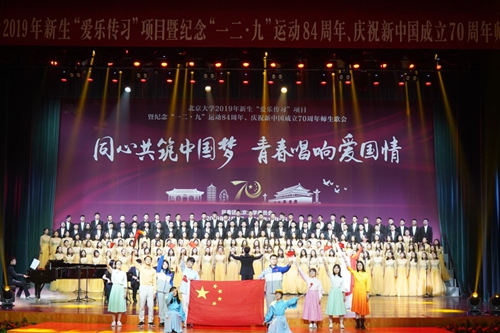 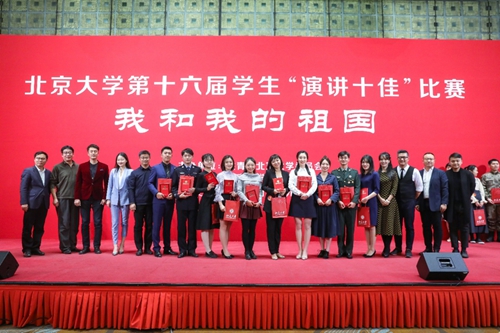 In the freshman cup series of sports competitions, the law school badminton team won the championship, and the men's basketball team successfully entered the semifinals; the women's volleyball team and the women's basketball team broke into the quarterfinals. In the Beijing University Cup series of sports competitions, basketball team ,volleyball team and baseball team entered the top four, and the table tennis team won the fifth place in the mixed group. In the 2019 Autumn Games, Liu Xuan, Wang Hao and He Xuezhen ,from PKULS, won a total of four individual championships. 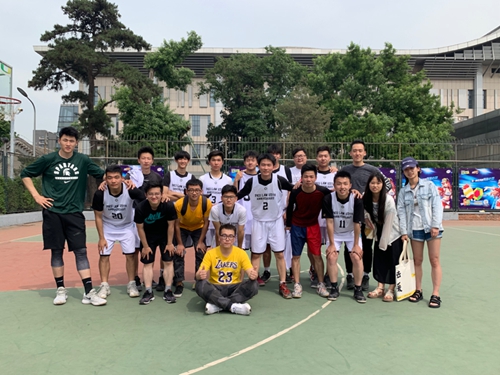 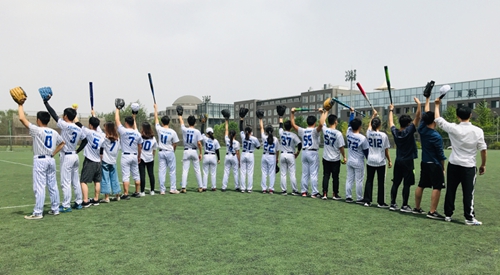 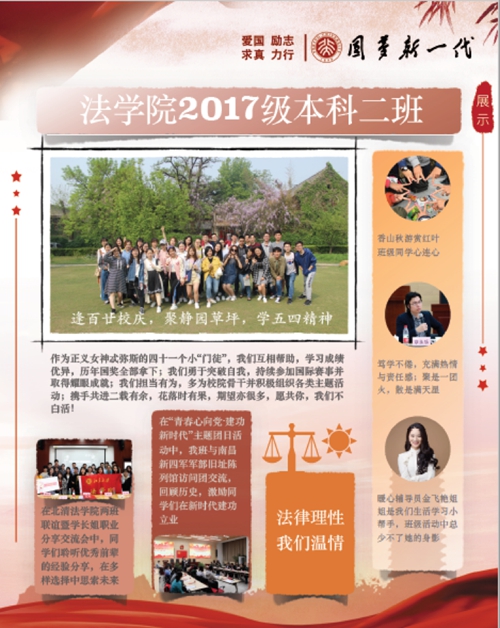 In 2019, responded to the social call to encourage college graduates to go to the west and obtain employment at the grass-roots level. PKULS organized four special sharing sessions for selected graduates, in which 10 selected alumni representatives were invited to make a speech. In 2019, a total of 59 graduates chose to work at the grass-roots level, and 21 graduates chose to go to the Midwest for employment. PKULS won the 2018-2019 Peking University Advanced Graduate Employment Unit. 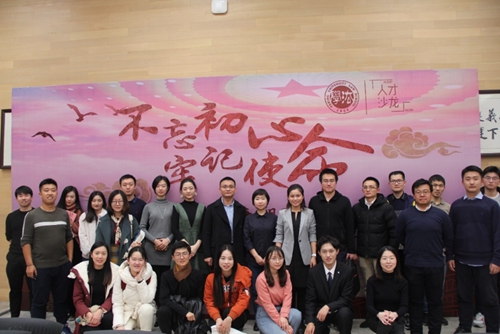 The 2020 is crucial to the achievement of the first-stage goal of the dual-level construction of Peking University. PKULS will continue to focus on the supply-side reform of student work, promote the routine work to create a brand and make good use of major ideological and political resources, which will also contribute to "double first-class" construction.