In memory of the revolutionary martyrs and the inheritance of the red gene, on December 6, 2019, the Party Branch of the Administrative Library of the Law School went to the Beijing Botanical Garden to carry out a party day event with the theme of “Don’t forget your original heart and remember your mission”.

All members of the branch did not fear the steep mountains and climbed up, and had a lively and full discussion on the organization and life of the branch along the way.

Subsequently, the members of the branch came to the Memorial Hall for the “January 9th” Movement and the “Carving for North China” stone carvings. The “12·9” Movement Memorial Pavilion was established to commemorate the Anti-Japanese and Salvation Movement initiated by the middle school students of Peiping University led by the Communist Party of China on December 9, 1935. The memorial pavilion is composed of three triangular pavilions. The triangle is the epitome of the camping tent during the military summer camp held by the “12·9” campaign. Determination to resist aggression. It was  engraved with the words “Defend North China” was left by the Peiping Student Union of the Patriotic and Anti-Japanese War during the  “12·9” Movement in 1935.

In front of the memorial pavilion, members of the branch bowed deeply and exchanged ideas on the origin and significance of the “12·9” movement. Members of the branch have stated that they must not forget the national shame, further develop the spirit of hard work and hard work, keep in mind the original intentions of the Communists, and implement the Communists’ mission with practical actions. 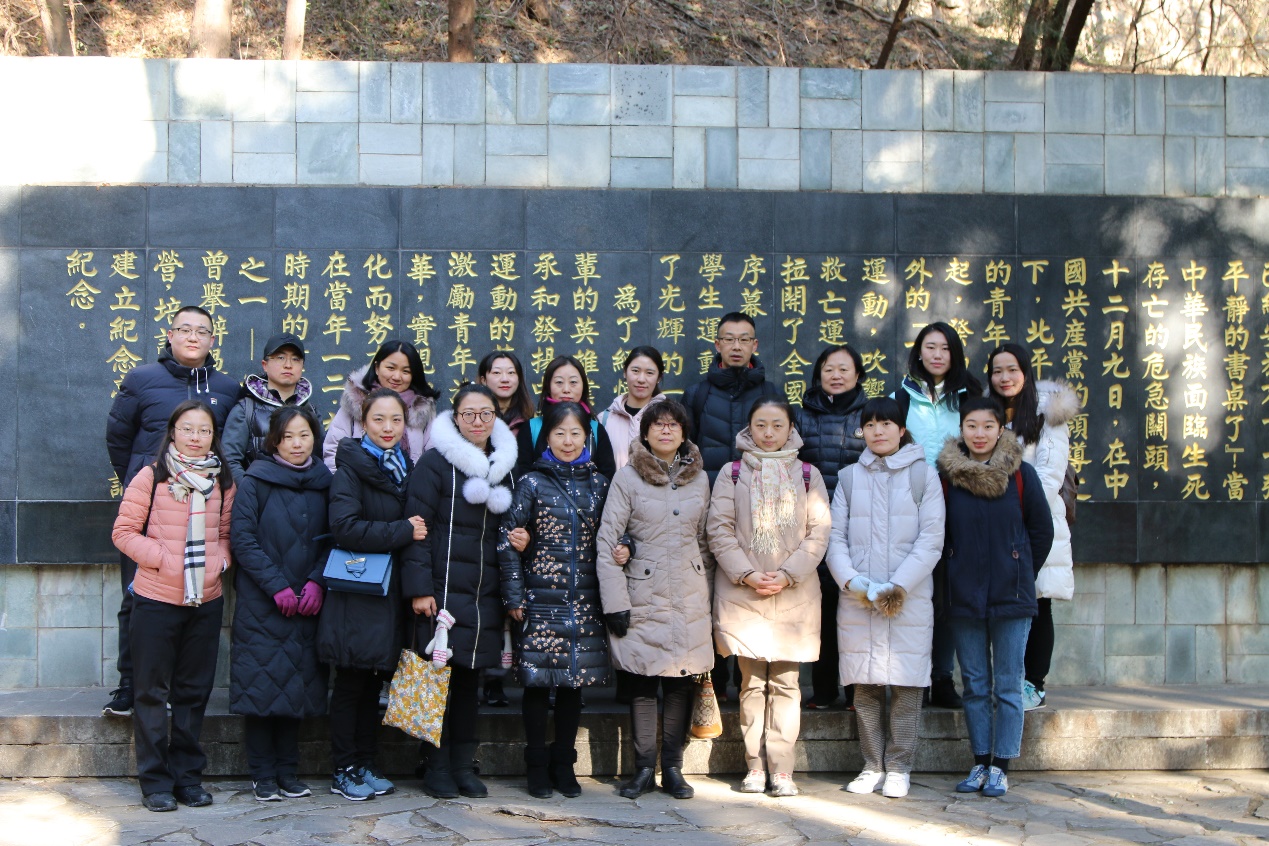 This Party Day event is just before the “12·9” commemorative day is coming. Combined with the requirements of the theme of “do not forget the original heart and remember the mission”, the branch members look back on the past years, remember the revolutionary martyrs, and strengthen their Ideals and beliefs. This event also established a platform for the members of the branch to communicate with each other, increased the cohesion and centripetal force of the branch, and laid a solid foundation for the solidarity and cooperation of the administrative library of the law school in the future.