At noon on December 4, the “12. 4” National Constitution Day school law promotion event sponsored by Peking University College of Law Student Education Research Center and sponsored by Peking University Legal Aid Association was held in full swing in the triangle on the north side of New Sun Student Center. The activity is based on the theme of “Promoting the Constitution and Protecting Belief-Promoting the Constitutional Spirit and Promoting the Modernization of the National Governance System and Governance Ability”. The activity is entertaining and enriching, attracting many teachers and students to participate, and actively contributing to the constitutional spirit on and off campus. Law-promoting volunteers have carefully prepared the law-promotional materials on “National Constitution Day”. They introduced the basic knowledge and theory of China’s constitution from various aspects such as the concept, status, content, and history of the constitution, and distributed it to the past masters and students. In the contest of legal knowledge awards, volunteers prepared rich and useful books such as “Constitution of Great Powers”, “Chinese Law and Chinese Society”, and “Politics and Law Notes” as prizes to guide participating teachers and students to study China’s “Constitution” National Flag Law, National Anthem Law, National Emblem Law and Peking University Regulations. The event also set up a legal consultation office to answer questions and doubts for teachers and students in need. Obscure laws and regulations became vivid and vivid under the guidance of volunteers. 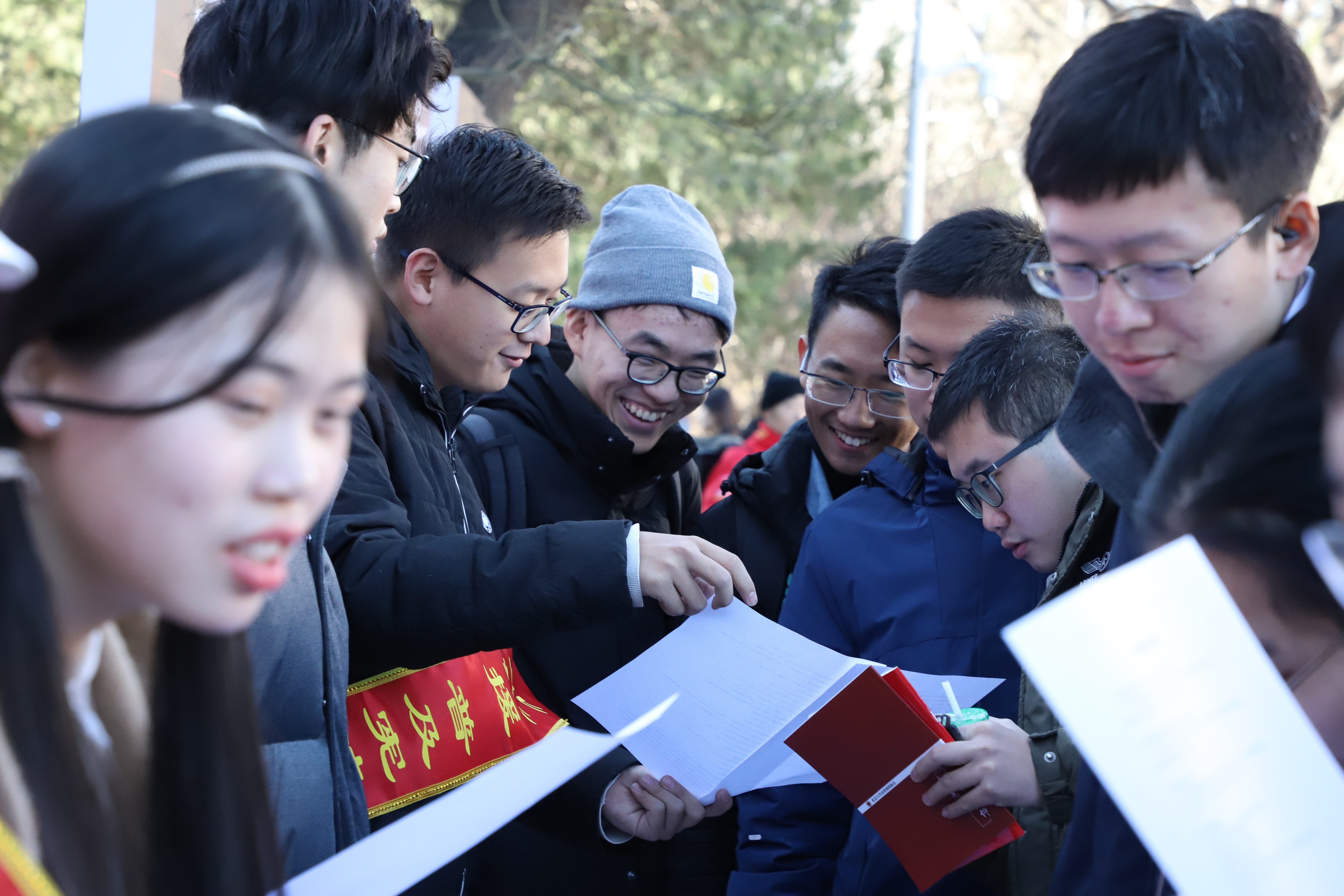 In addition to offline activities, the Legal Aid Association of Peking University continued to promote the popularization of laws during the Constitution Propaganda Week, disseminating constitutional knowledge to the school's teachers and students and the public through WeChat platforms, promoting the spirit of the Constitution, and continuously creating an atmosphere of respect for the Constitution. 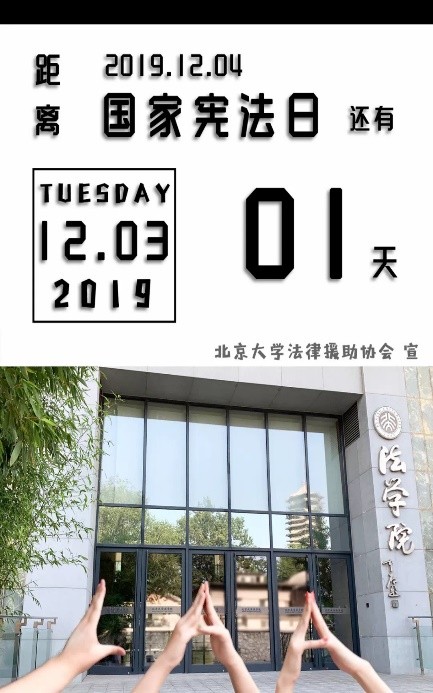 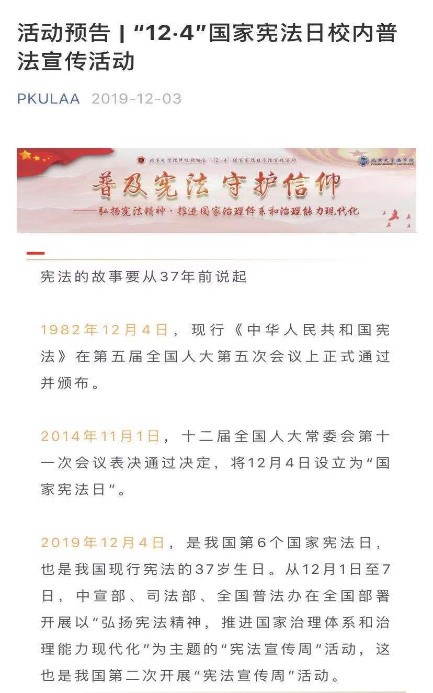 On November 21st, under the guidance of the Peking University College Student Law Education Research Center, volunteers from the Peking University Legal Aid Association held constitutional and legal knowledge publicity for teachers and students of the two schools at Zhaitang Middle School in Mentougou District and Zhangbei Middle School in Hebei Province. Lecture. Volunteers selected the contents of the Constitution, the National Flag Law, the National Anthem Law, the National Emblem Law, and the protection of minors' personal safety, the prevention of Internet addiction, and the maintenance of consumer safety. In order to make the application of the spirit of the Constitution and laws and regulations in real life to the primary and middle school students group truly mindful. 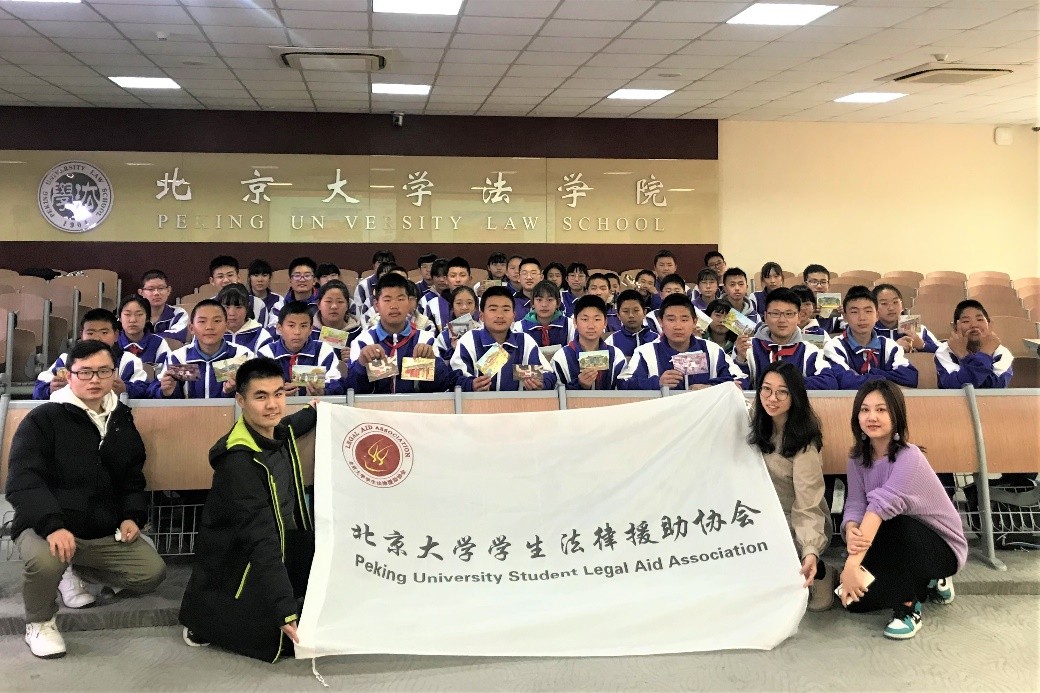 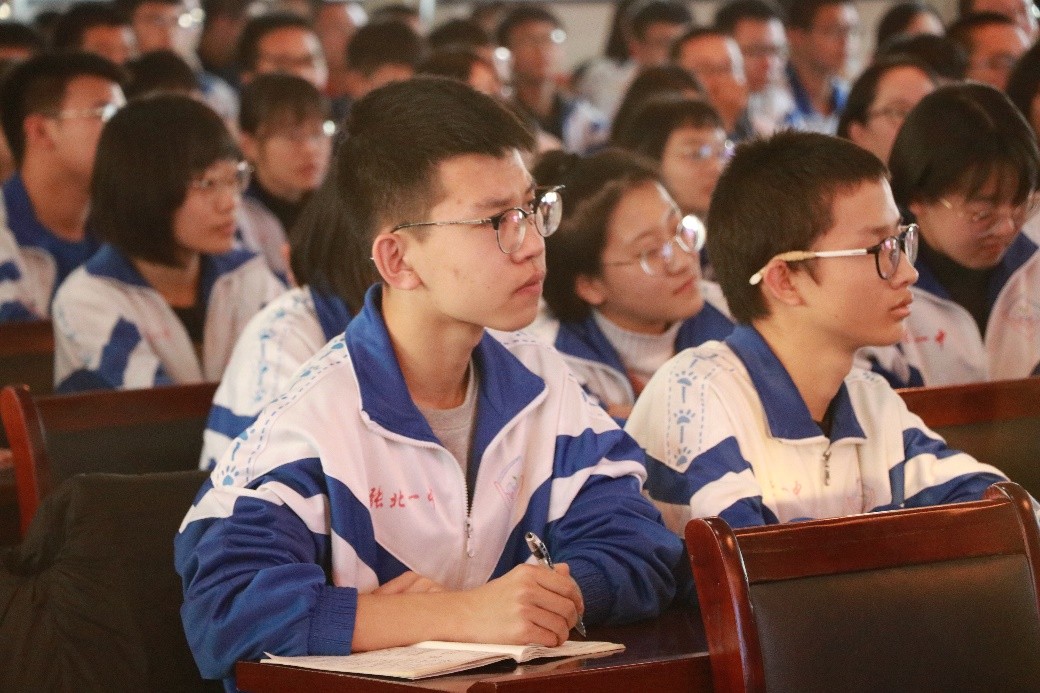 Since September, law school volunteers from the law school have visited Yanbei Garden, Changchun Garden, Zhongguan Garden, Yandong Garden and other communities more than 20 times to carry out legal counseling volunteer service activities of “Zero distance to the people and law into the community” Provide professional and intimate legal advice to community residents, faculty and staff in the areas of inheritance, marriage disputes, contract disputes and other fields. Volunteers also distributed publicity brochures, such as the Constitution, the Inheritance Law, and the Marriage Law, that are close to the lives of the people, to escort community residents to resolve conflicts and disputes in accordance with laws and regulations. 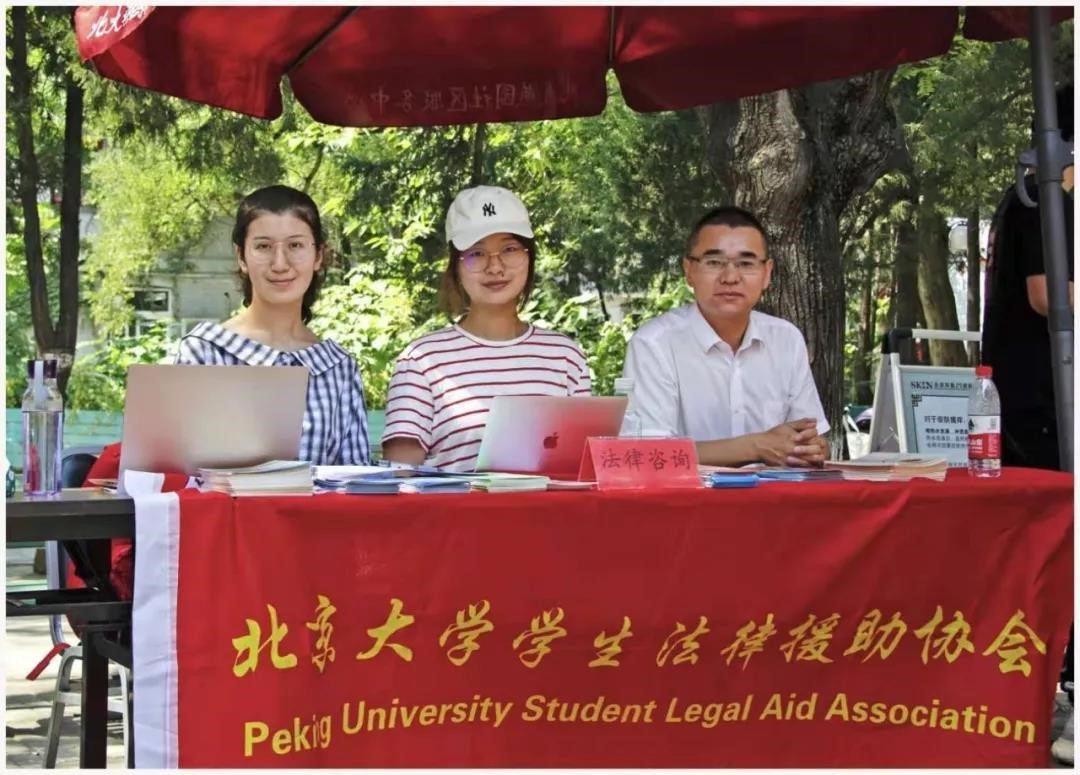 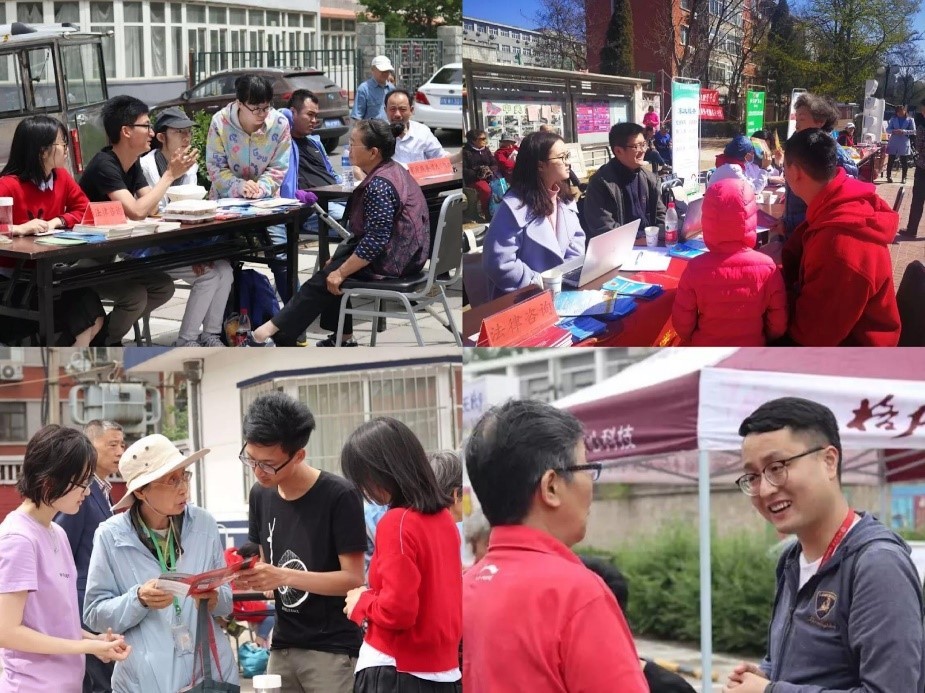 Law is the most important tool for governing the country, and good law is a prerequisite for good governance. Promoting the modernization of the country’s governance system and capacity is inseparable from governing the country according to law; For a long time, the law school has used the “Constitution Publicity Week” and “National Constitution Day” as important windows for publicizing the law. It is committed to guiding the master students and students to consolidate the constitutional consensus and cultivate the awareness of the rule of law through the spread of the Constitution and the spirit of the Constitution. The “Constitution Propaganda Week” series of publicity activities in 2019 make full use of the new media information dissemination platform, design a variety of constitutional publicity and education forms, organize the mobilization of teachers and students of the whole school to actively participate, and form a radiation guidance effect, which has aroused great attention and extensive participation in the school. The law school will continue to guide the call for teachers and students to popularize constitutional knowledge and promote the spirit of the constitution to practice the rule of law in the country, and contribute to the modernization of national governance system and capacity!