On the evening of November 22, 2019, the seventeenth CIETAC International Commercial Arbitration Model Arbitration Tribunal debate ended. After a fierce competition, our school’s team stood out from the 64 participating teams and won the championship. Our representatives, Ouyang Jie (LLM, 2018), Dong Chen (LLB, 2017), and Sun Xiaohan (2019 master’s of law) won the title of the “Best Oralist” in the final, semifinals and quarterfinals respectively. This year's team is coached by our associate Prof. Gao Wei and Matthew Suen (LLM, 2019). Thanks to the commitment and hard work of the team and their coaches, the team has achieved distinction in their pleadings and oral submissions. During the five-day competition, the team entered the knockout round with the second highest points and ultimately won the championship. This excellent result is attributed to the school’s strong support for international mock arbitration competitions and the help of the coaches and previous members. It is also a recognition of the dedication of   all team members. 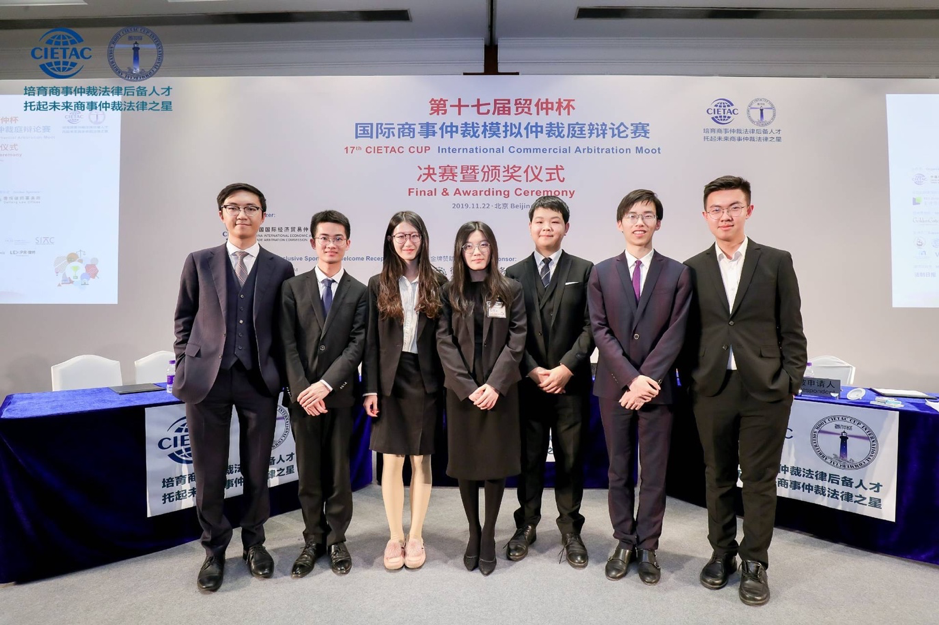 The CIETAC International Commercial Arbitration Moot Tribunal is a Pre-Moot officially registered in Mainland China by Willem C. Vis Moot, founded in Vienna in 1994. Winning teams of the CIETAC Cup will funded to participate Vis (Vienna) and Vis East (Hong Kong) in the coming April. Wish our team every success in next year's competition!