On the afternoon of November 20, 2019, Prof. Larry Kramer, President of the William and Flora Hewlett Foundation and former Dean of the Stanford University School of Law, visited the PKULS and was invited to hold a question in the conference room 303 of (Leo) Koguan Building . Prior to the lecture, Prof. Pan Jianfeng, Dean of the PKULS, met with Prof. Larry Kramer and his party. Prof. Guo Li, Secretary of the Party Committee of the School of PKULS, Prof. Wang Jin, Director of the Research Center of Resources, Energy and Environmental Law,  Zhang Qianfan, Wang Lei, He Qisheng, Tang Yingmao, Chen Ruoying, Peng Chun, Yu Qi and other college teachers and dean assistants Dr. Li Yuanyuan attended the event. The lecture was presided over by Zuo Yilu, an A.P. at PKULS. More than 40 teachers and students from universities and research institutes at home and abroad attended the lecture. 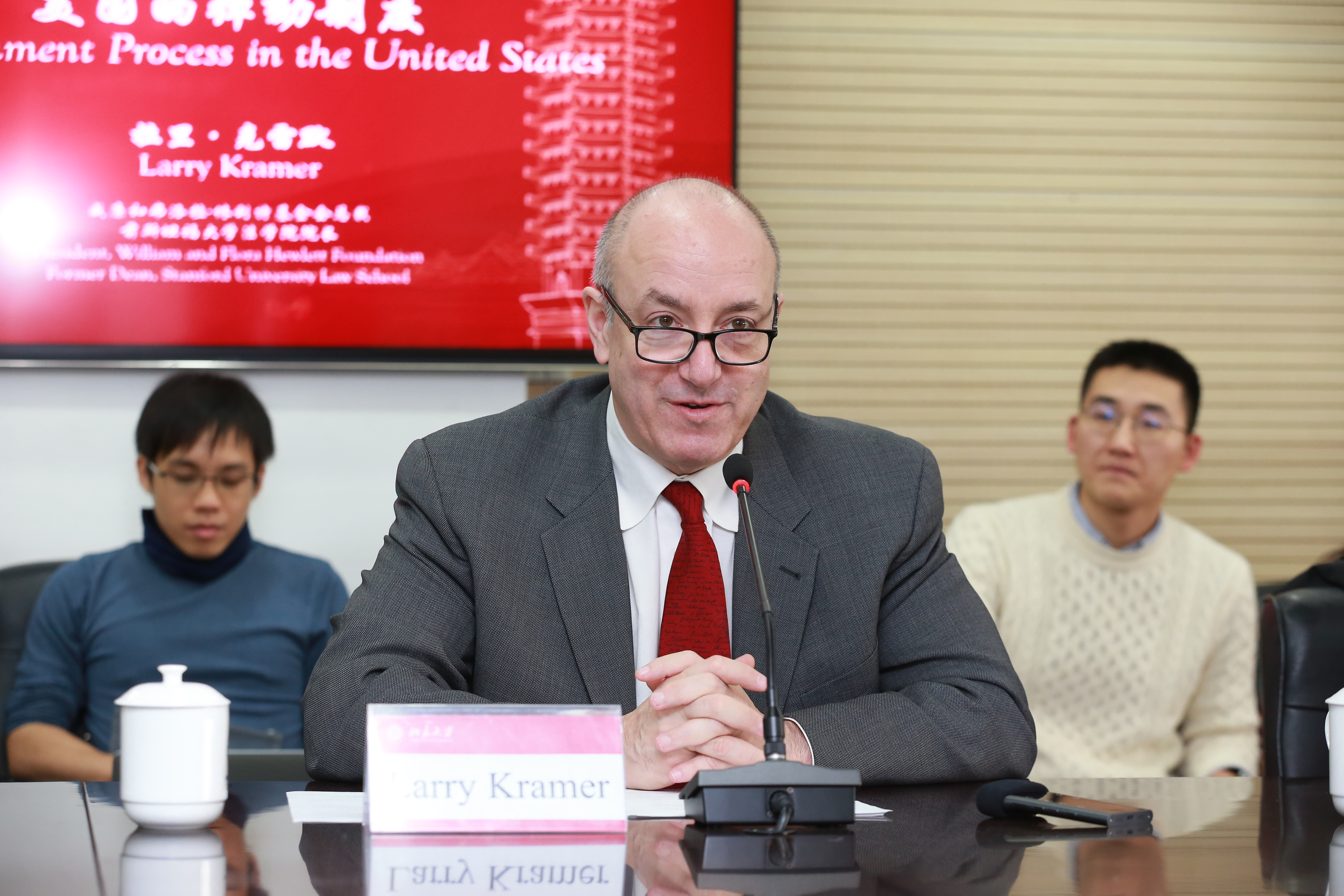 At the end of the event, Prof. Guo Li, the Secretary of the Party Committee of the PKULS, summarized the lecture. He extended a warm welcome and heartfelt thanks to the visit of Prof. Larry Kramer, and sent a lecture poster as a memorial. The lecture ended successfully with applause. 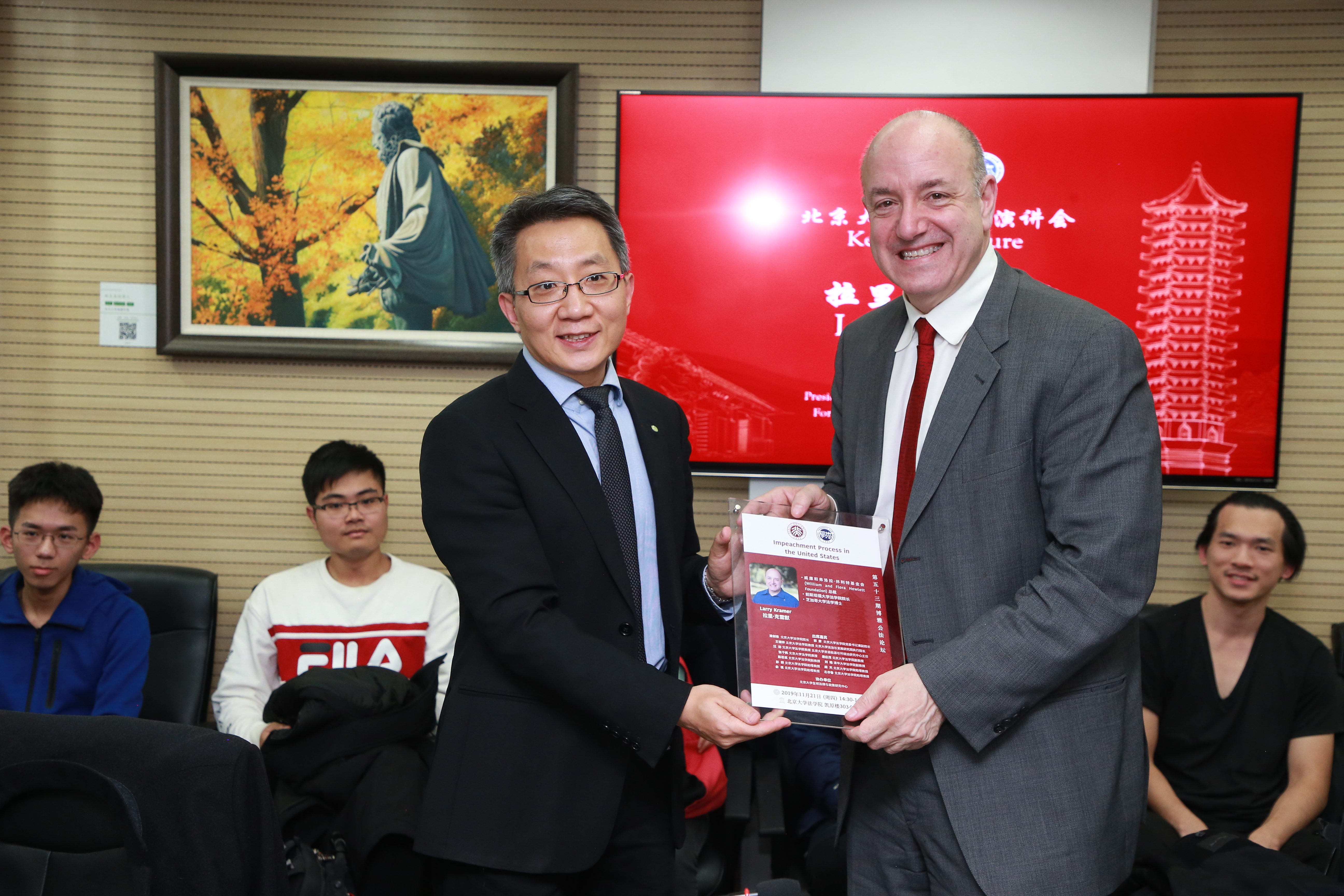 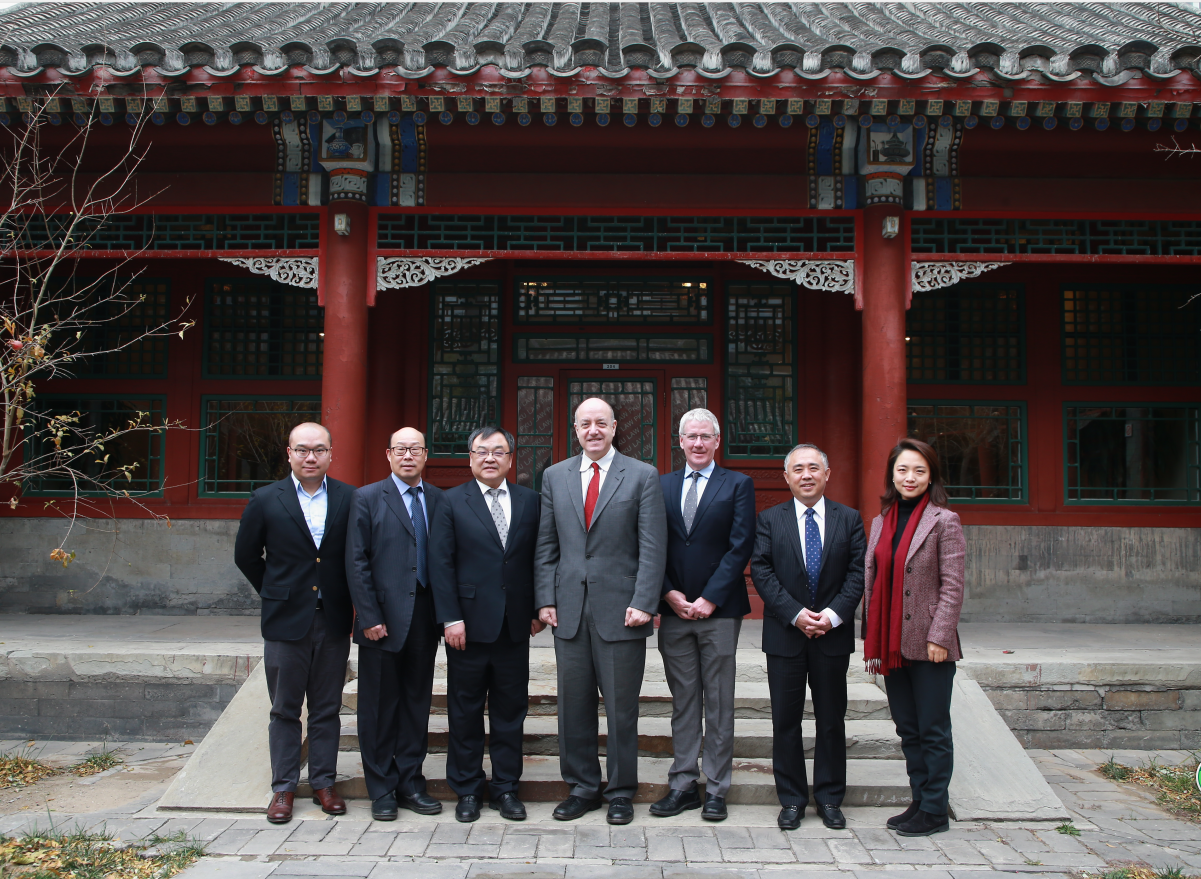