The opening ceremony of the conference was held on the morning of October 19. Prof. Wang Jin, professor of Peking University Law School and director of the research center of resources, energy and environmental law of Peking University delivered a welcoming speech. Professor Wang Jin firstly expressed his sincere welcome and gratitude for the presence of teachers and doctoral students from various universities, and pointed out that the conference coincided with the 10th anniversary of the first national academic conference for doctoral students in environmental law, and that Mr. Jin's vision of "the method is the world" could explore more spiritual connotation in the new era. 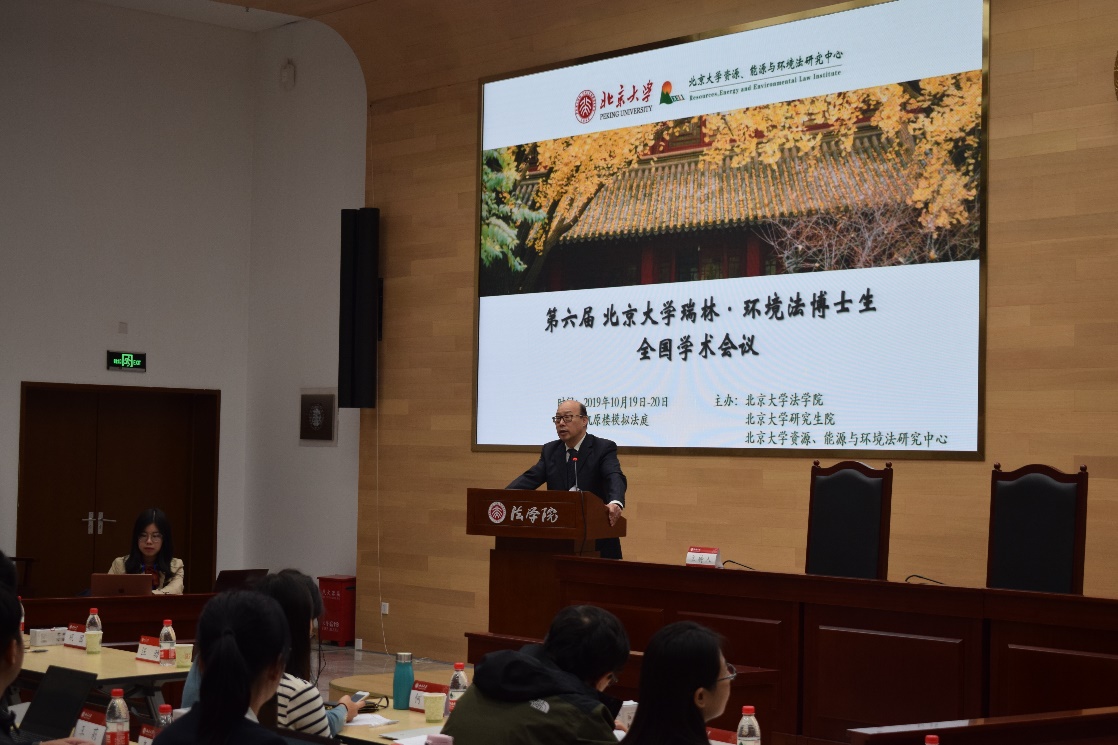