In the first text of the special column of "Xinhua Digest" (19th issue of 2019), "Celebration of the 70th Anniversary of the Founding of New China", published on October 5th, "Reviewing 70 Years: Ups and Downs of the Economic Law System", the article written by Prof. Zhang Shouwen from Peking University Law School, which is published in "Modern Law"(4th issue of 2019), was full reprinted.

Quote of the abstract of the article : Taking reform and opening up started in 1987 as the boundary, the development history of New China for 70 years can be divided into two stages: the first 30 years and the last 40 years. In the previous stage, with the implementation of the planned economic system and the centralized economic management system, and the emphasis of the “economic constitution” on the planned economy, the economic law system has gradually declined and settled, almost no. In the latter stage, with the establishment of the market economic system and the moderately decentralized economic management system, and the reorientation of the important relationship between the “economic constitution” and “plan and market”, the economic law system has become increasingly strong and rising. The economic system, the economic management system, and the "economic constitution" have a direct impact on the "relationship between the government and the market", They are the three major factors that lead to the changes in the economic law system. The rise and fall of the economic law system is intrinsically consistent with the changes in the above three major influencing factors. Historically and systematically analyzing the institutional changes of economic law, especially contributing to the theoretical deepening of economic law and the improvement of institutions, thus promoting the development of the socialist economic rule of law with Chinese characteristics in the new era. 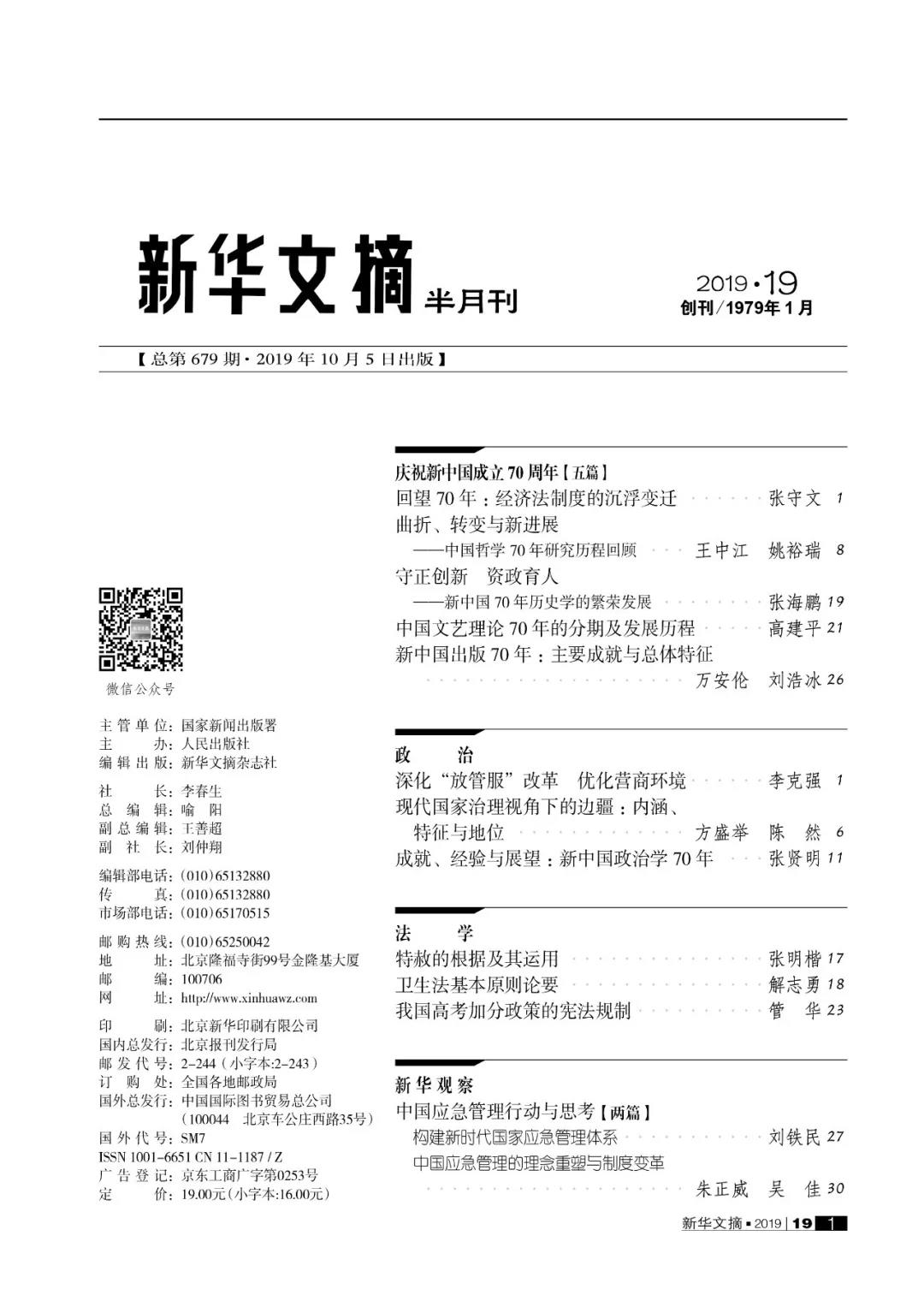