At 3:30 pm on September 6, 2019, the first series of lectures sponsored by Peking University-Jones Day Center for Globalization and Rule of Law was successfully held in Room 102, Chen Ming Building, Law School. Christopher Yoo, a professor at the University of Pennsylvania Law School, and Thomas Fetzer, a professor from the University of Mannheim School of Law, gave a lecture on this topic and presented their research findings on the topic of “Due Process in anti-monopoly law enforcement”. The teachers and students had a discussion on the theme of anti-monopoly administrative law enforcement practices in China, the United States and Europe. Meanwhile, Wang Xixin, a professor at Peking University Law School, and Shen Weiwei from the China University of Political Science and Law, discussed with the two foreign professors. Besides, this lecture was presided over by Peng Chun, an assistant professor at Peking University. 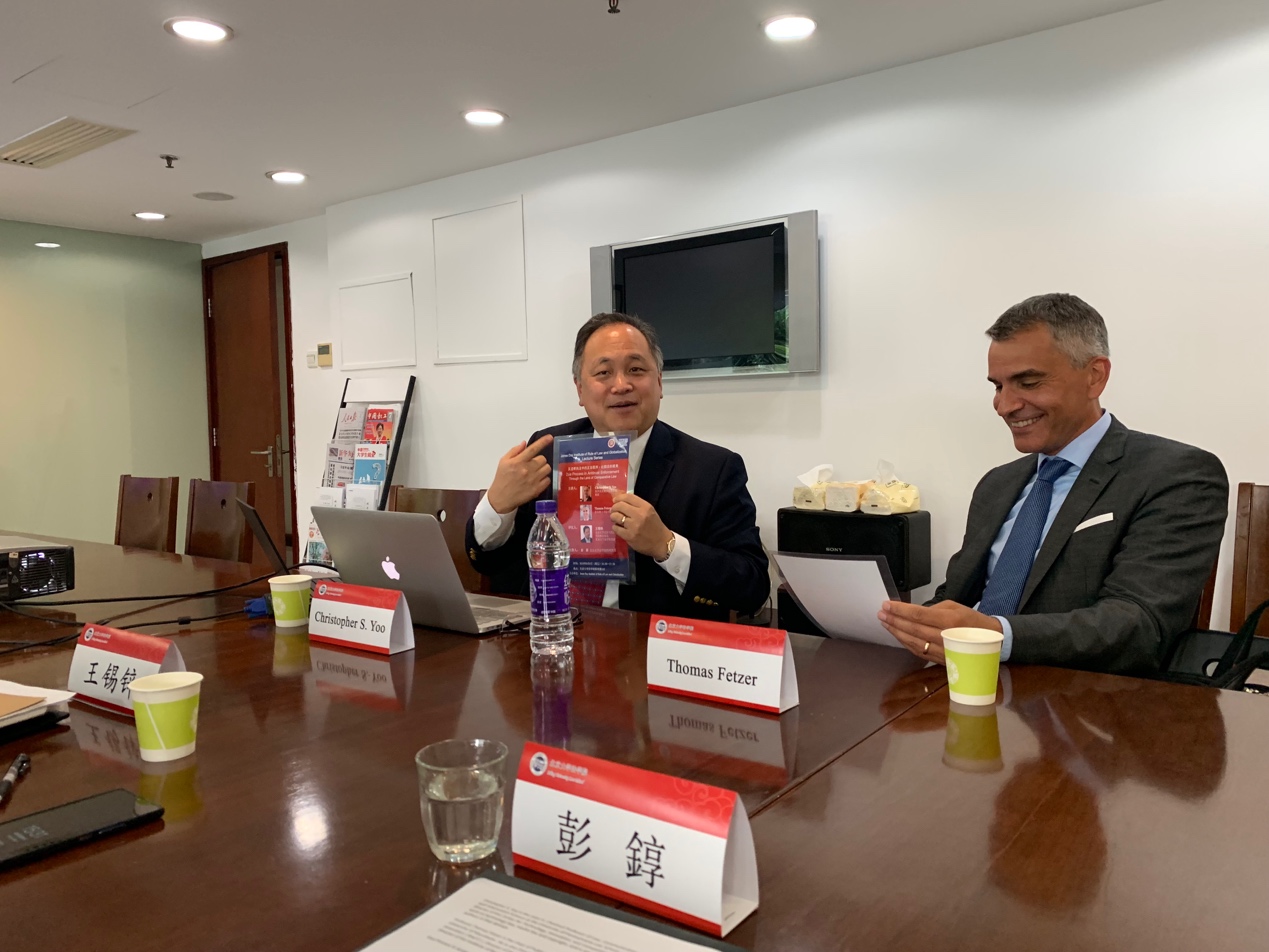 Prof. Christopher Yoo gave a brief explanation of the starting point and purpose of his research topic firstly. He pointed out that the importance of due process has become a consensus on a global scale, but scholars from different countries do not have the same understanding on the meaning of due process. Therefore, the answer to the question of why the due process is important is the basis for our assessment of “what is the right procedure”. Based on this research idea, Prof. Yoo has carried out in-depth analysis of the importance of due process from eight perspectives of decision accuracy, neutrality, cognitive psychology, economic growth, and special interest groups, to establish an evaluation framework for due process. Furthermore, Prof. Yoo discussed the problems existing in the US anti-monopoly law enforcement and put forward three main suggestions and four supporting suggestions. 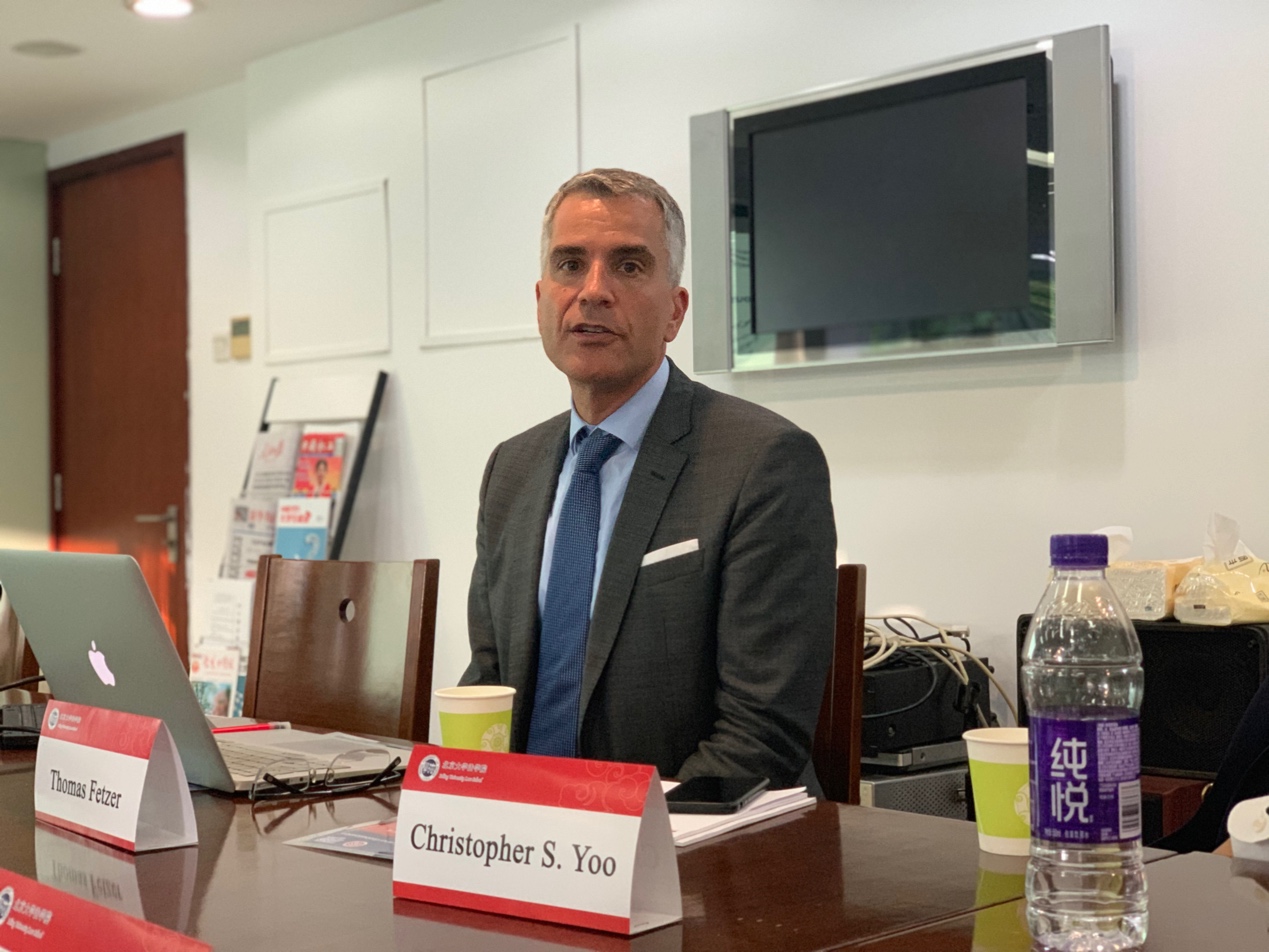 Later, Prof. Thomas Fetzer combined the EU legislation and German law legislation and law enforcement practices to elaborate on the framework and suggestions put forward by Prof. Yoo. Prof. Fetzer especially compared the anti-monopoly law enforcement subjects, internal supervision and judicial review process between the Europe and the United States, to make targeted adjustments to the strategy of proper procedure construction based on EU practice. What’s more, according to the current problems in law enforcement, identify the important levels for each strategy. 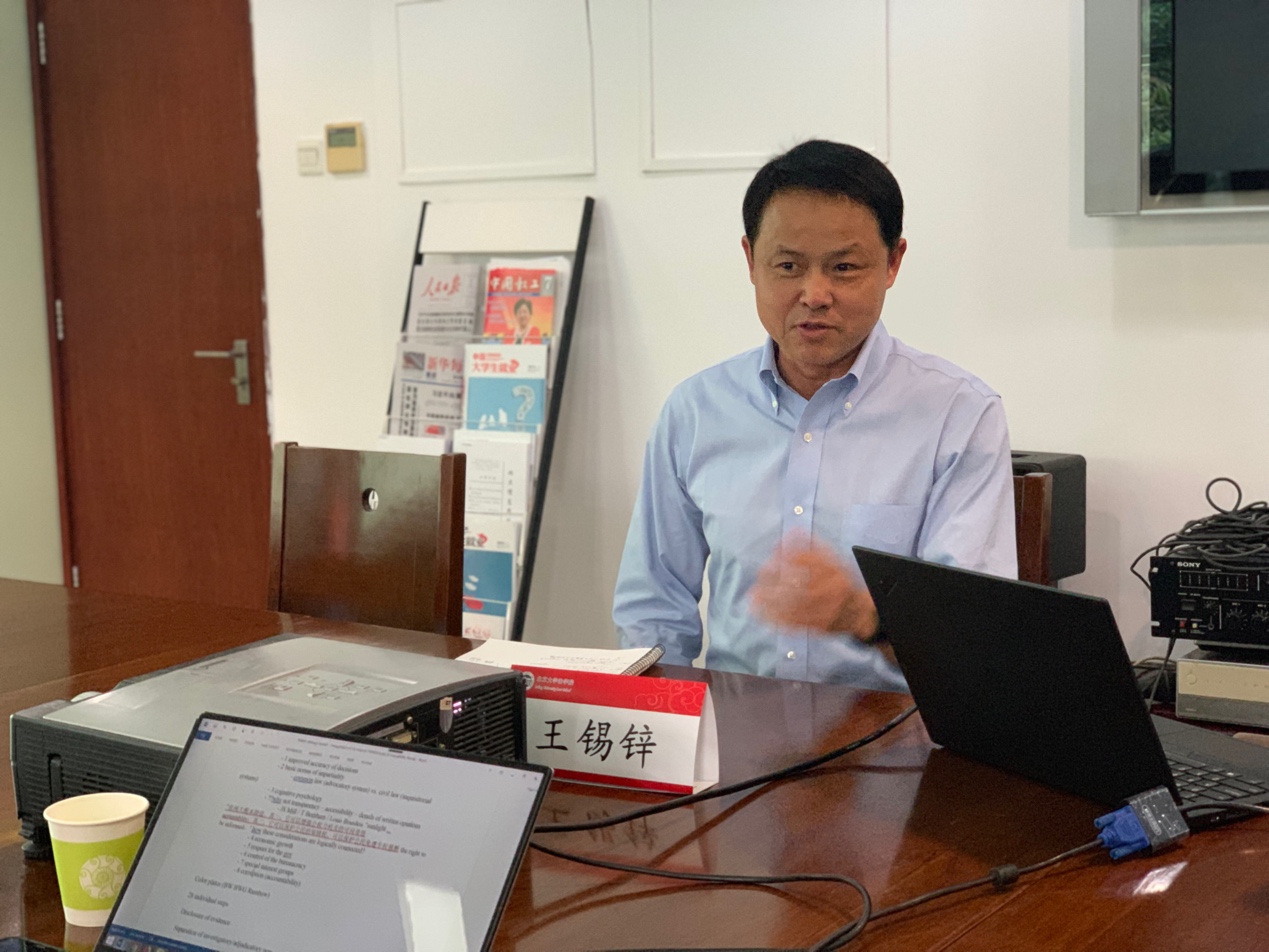 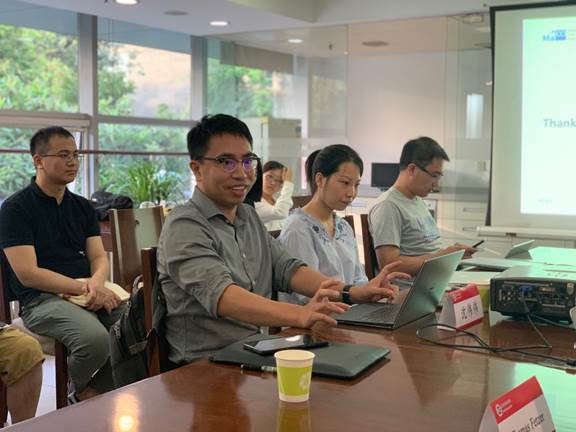 In the final Q&A session of this lecture, the students discussed with the two professors about the natural law basis, the conceptual cycle of the procedural principles, and the openness and transparency of the administrative process. During the heated discussion, this lecture was successfully ended. 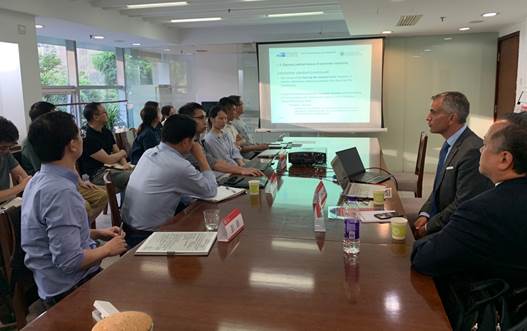