Firstly, Mr. Shi Shi introduced all of the distinguished guests. Then, Mr. Lu Jiangnan gave a welcome speech. He reviewed the results of the project since its establishment, and expressed the gratitude to the supporters of the project. At the same time, he stressed that Peking University law school won’t forget the beginning of the heart and will promote a better development of the project. He expected the meeting be a complete success.

Then, Partner of Zhong Lun Law Firm Zhu Maoyuan made a speech. He expressed his gratitude to Mr. Hao Han, the sponsor of the project, and the teachers of two universities who had carefully organized the project. He said, Study tour has a long history, and the feeling can be summarized as four points: widen view, gain insights, think deeply and good communication. He wished the study tour get more support.

After that, Mr. Chen Yaodong delivered a speech. He paid tribute to Mr. Hao Han and thanked the students for sharing their experiences. Chen Yaodong said that it is a treasure to learn about the political, educational and cultural of America in close range. He also encouraged students to share their thoughts academically to promote the establishment of a legal professional community and Chinese legal education. 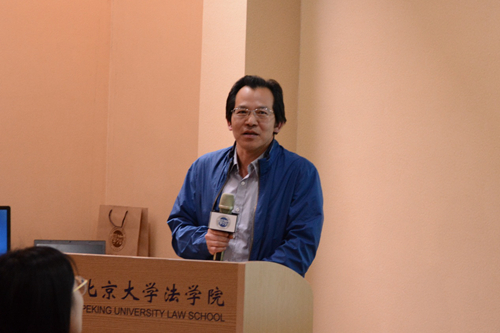 Finally, Mr. Hao Han made a speech. He reviewed the development of the project since it was established, and said that the success of Zhong Lun Overseas Study Tour Project was the result of the teachers and students’ efforts. Hao Han pointed out that the purpose of this project is to make some contribution to romote social development. Although China is developing at a high speed，There is still a gap between us and developed countries，especially in education.The school should be committed to training students to have both ability and political integrity, to build the sense of social responsibility. 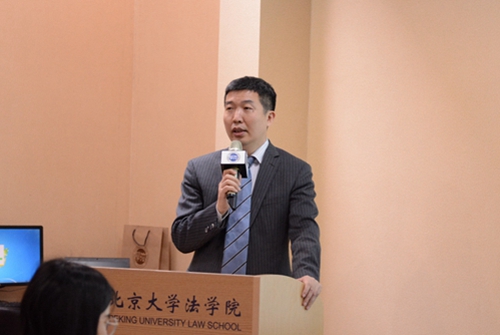 The guests and the members of the project took a group photo.so far, the meeting came to end perfectly. 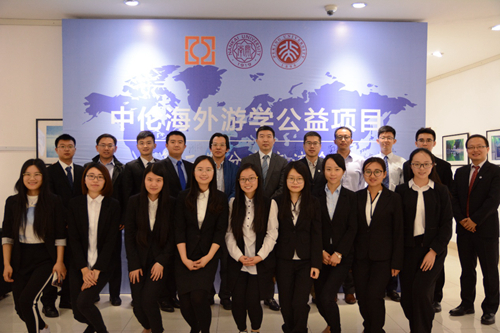